In a Tower Defense game, each hero (or character) has some skills. Each skill has some "chance of appearance" (CoA for short) when attacking enemies and if appeared it has some "hit accuracy" (i.e. hit on enemies) (HA for short) and has effects on the enemies (if hit by the skill) (EoH for short).

I first tried to breakdown skills into "atomic" effects and come up with tables as below: 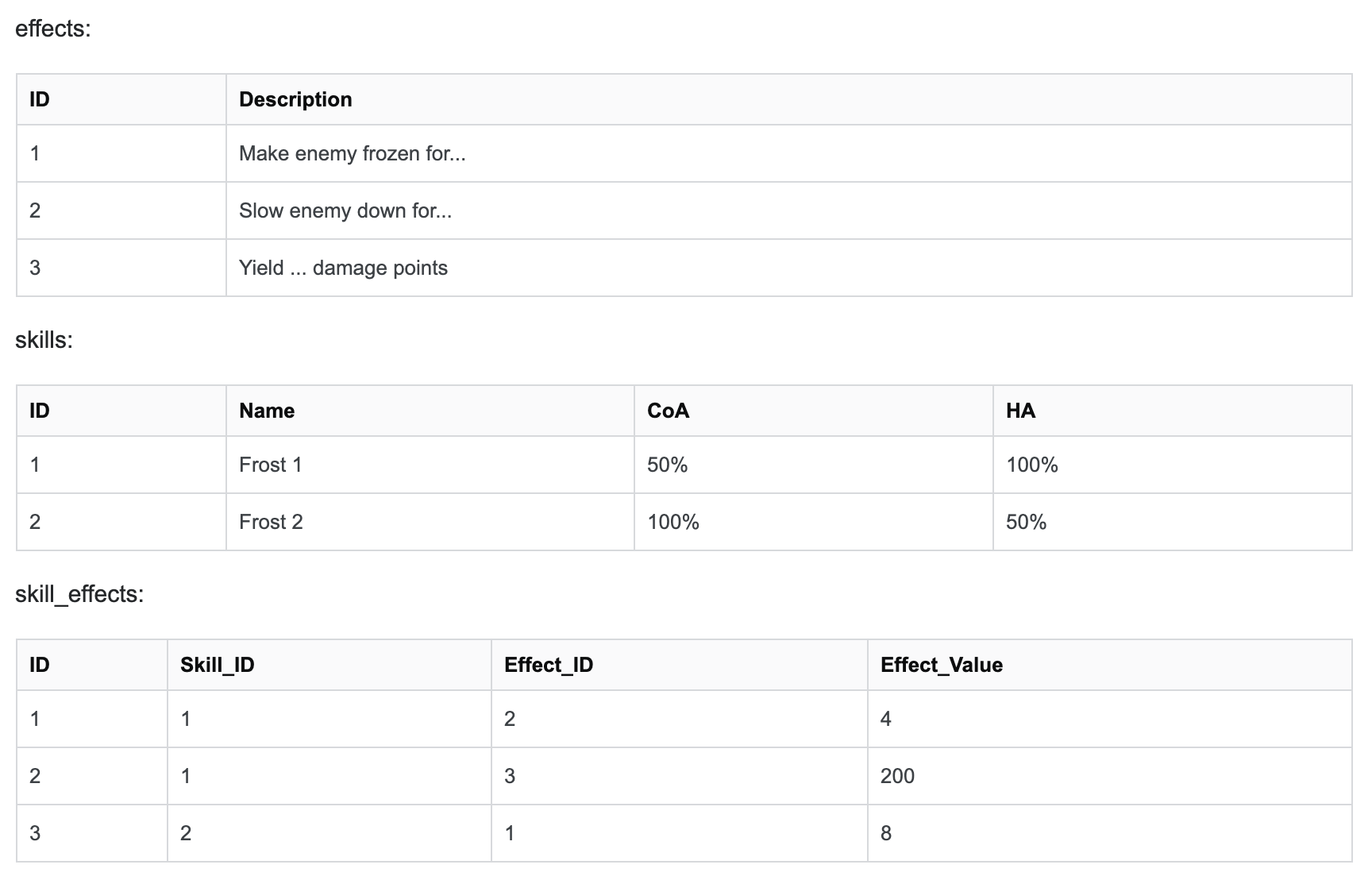 But now we want to update Skill #1 a bit to make it more complicated:

Or even coming up with more complicated skills:

Each effect now has more parameters to be specified — which makes my current schema not fit anymore. Please help deal with this!