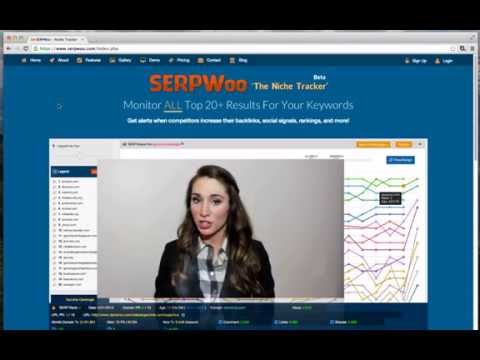 And now you’re thinking… what the hell’s  about to happen. 2+ years in conceptualization, 8+ months in  development… It’s time…
Have you ever wondered how some of these top SEOs seem to ALWAYS be  ahead of the curve. How can so many of them be ahead of world events…  There are 2 keys to this; first is to be a player making the world  events happen and second is to monitor world wide movement. We’re giving  you the first tool, in a line of many to come, to perform BOTH.

There are dozens of big money niches, hundreds of money terms, and  thousands of competitors all vying for the same top 10 rankings. For a  long time, the kings of the serps have had some of the most  sophisticated monitoring tools available to them; and they’ve use them  to their advantage by dominating the rankings.
Now we give you the same tools. Monitor niches that matter to you, to  SEOs, to spammers, to blackhatters, to whitehatters, and any other web  marketers worth their weight.
eLiquid and CCarter present to you SERPWoo
Starting off at only $ 19.95 a month for SUPER Beta Testers (beta tester pricing is grandfathered in and locked for life – so get in on the beta asap).
It’s a quick way to see what competitors are doing for a keyword, how  have they moved up and down, hover over to see their (Ahrefs, Moz,  social signals and more. That screenshot doesn’t even do it justice as  to it’s power.
Wait a minute, what’s the difference between traditional rank trackers and SERPWoo?
Traditional Rank Trackers – Can’t really help you with your SEO strategy can they?

SERPWoo – See everything, manual reviews, updates, plus 3rd party metrics and A.I. bots that analyze data for you.

SERPWoo is a niche monitoring tool, the real missing tool that the  online marketing community’s been lacking. Unlike traditional rank  trackers which only allow you to track your site through the rankings,  we monitor ALL the positions that matter for your keyword so you can  have a better understanding of what’s really going on in your niche.
Overtime, the charts fill out and you’ll have a historical account of  who the real players are, with the ability to look up their backlink  profile from AHREFS, see their PageRank, Moz metrics, SEMRush stats,  Majestic data, and more – oh yeah, we aggregate this data in charts as  well.
So enough talking… As I update the threads with bumps, I’ll be giving  out more details, tips, tricks, and things we’ve got going on. Anyone  can create a free account and test drive it. We give you a nice size  list of default keywords which do not count against your current limit  with each account. But the folks that sign up who become SUPER Beta  Users will have more power, priority data requests, and access to each  new engine as they come online.
Just and fyi, there will be bugs, if you find them, just hit the  feedback button, and let us know. Also give us feedback on what you  like, don’t like, and want to see. Here is a quick list of coming  features:
1. Parasite detection –  Currently in infancy – this a.i. bot is learning the different signals  of a parasite, and once out of the sandbox, it’ll send global  notifications once one of it’s crawlers finds a new parasite, web 2.0,  new social and viral sites property that’s ranking in the top 20 of the  SERPs.
2. Time Portal – This is probably the most  badass feature and was probably supposed to be classified but… Anyways, the ability to go backwards in  time for most SERPs even if you weren’t tracking them. In Alpha stages,  the farthest back we’ve been able to go so far is 2007.
3. [ Classified ]- Regarding on-site…
4-10. [ Classified ] – [ SERIOUSLY Classified ]
Fun story about the most recent update, and how we were  able to see it a week before it happened… Grind was there… actually  I’ll save it for the next bump. Let us know what you think. I know, I  know, it’s a lot of information, sign up for a Super Beta Account and  open your eyes.
There is a lot more but I don’t want to overwhelm you guys with the  potential and what we’ve got going on within the tool for SUPER Betas.
– CCarter & eLiquid

P.S., Don’t forget to run and tell the haters… #DatFreeBump
P.P.S. Click to LOCK! Click again to unlock! <- this will be important later on…