What’s the specification to draw arrows of a certain length (from a reference point), at a given angle?

Say, I want to draw an arrow of length 1 at 0 degrees, and one of length 0.5 at 90 degrees, each arrow starting at a giving originPt. Ideally, I’d like a function where I give as argument a list of arrowSpecs, like this: 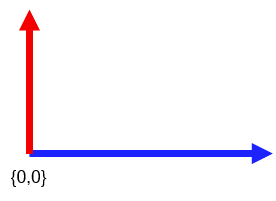 Note that the originPt could be different for every arrow, here just for simplicity I used the same.