I’ve created a partition of 50GB to my Ubuntu on my SSD (using Win10 with 200GB), I want to expand my Ubuntu’s space by say, 20GB. So I’ve de-allocated that space from my /sda2 (ntfs) partition.

Now I would like to merge the unallocated space with /dev/sda5 which is an extended partition.

I’ve tried using AOEI software on win10 but it said it doesn’t take care of extended paritions. Tried to unmount sda5 (with –force or -f too, and with -l too), and it just made my system laggy, couldn’t do anything and had to restart, and eventually the key stayed.

I guess the steps should be to unlock the extended parition and then move the unallocated space down, and then I would be able to extend my Ubuntu’s space, but I’m not able to do it.

I’ve also read many posts and watched some YouTube videos which didn’t help me before asking here. Any help is highly appreciated, I need that space 🙁 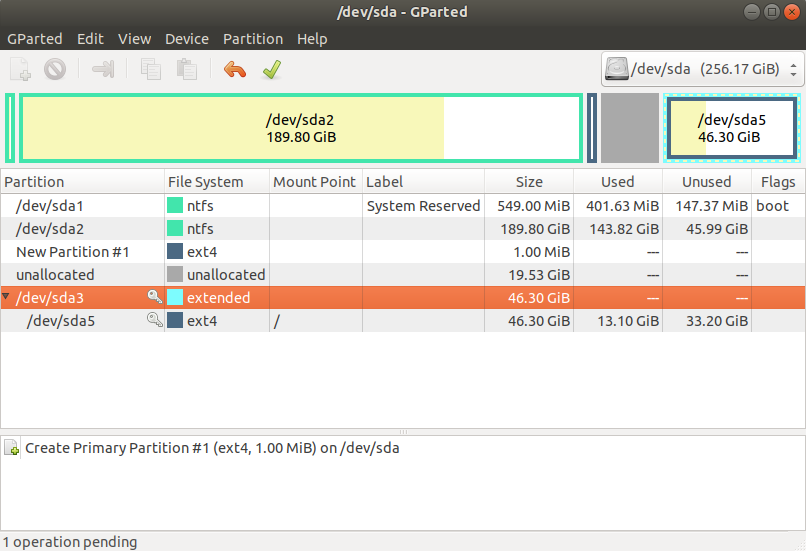