My main goal is the following, given a set of random points and a set of points following a parabola, I want to "straighten" the parabola and all the surrounding points according to the straightening of that parabola. Consider the following schematic

For instance, we could consider the points as a starter 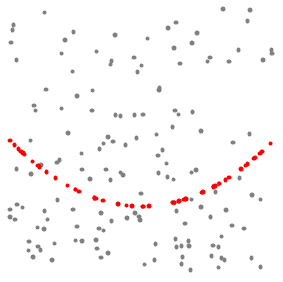 Where the red dots follow a parabola. How do change pts1 based on a and b? From such a pattern, I’d expect, after the transformation, to get something like 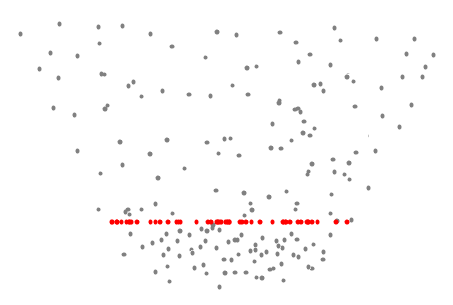 where the dots are sparser above the line and denser below it. I tried to make it work by using preservation of the arc length somehow, but it’s too slow.