I am unable to use the internal microphone, as the device does not appear to be detected at all by the system settings: 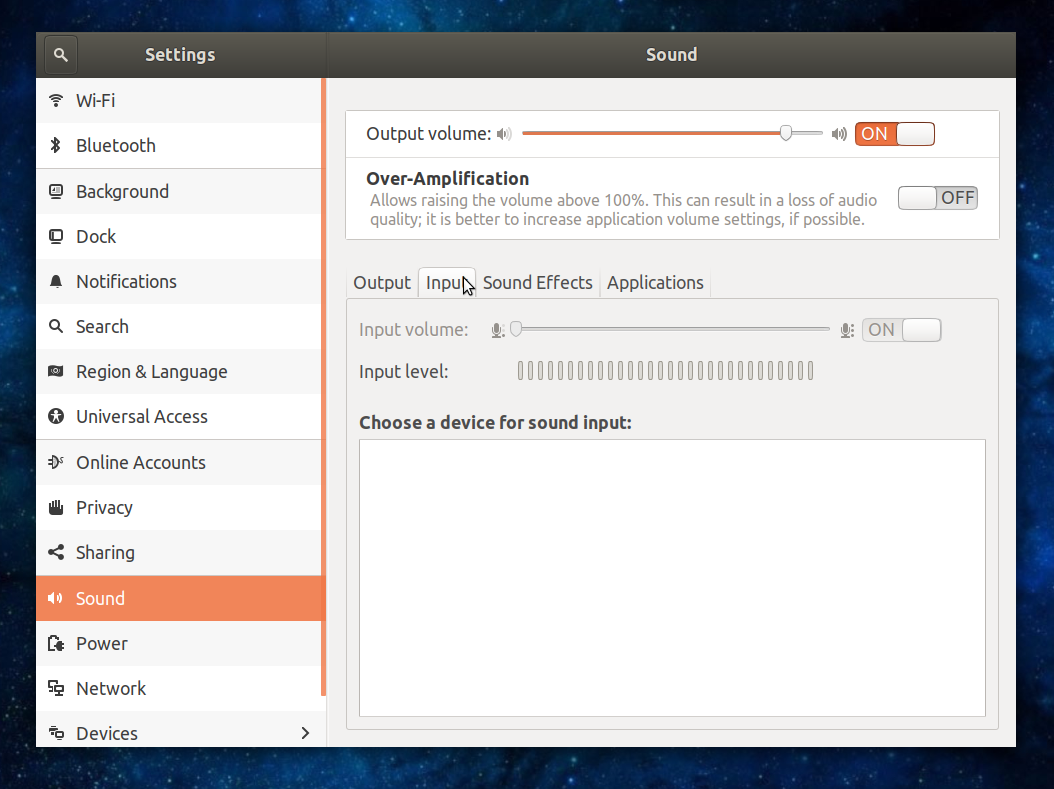 In pavucontrol, under the “Input Devices” tab I have “Port: Microphone (Unplugged)” as well as “Monitor of Built-in Audio Analog Stereo” with some random static, but no sound signal is actually being picked up (using for example arecord or any other audio recording software). 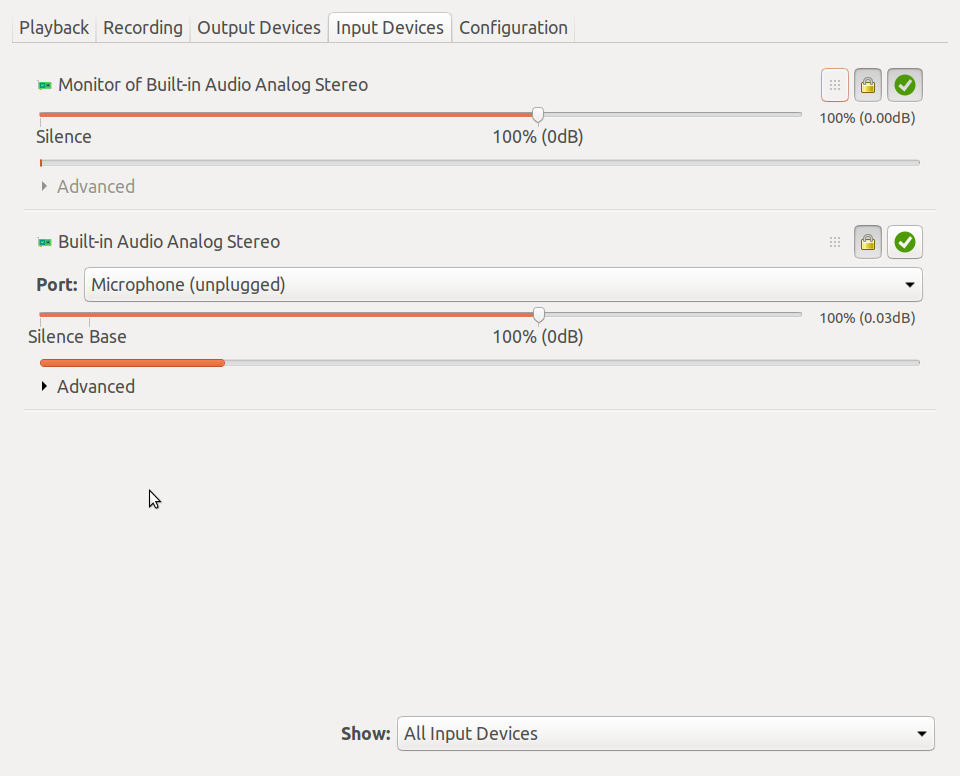 In the “Configuration” tab of pavucontrol, I’m using “Analog Stereo Duplex”, and have tried many other variants with no success. 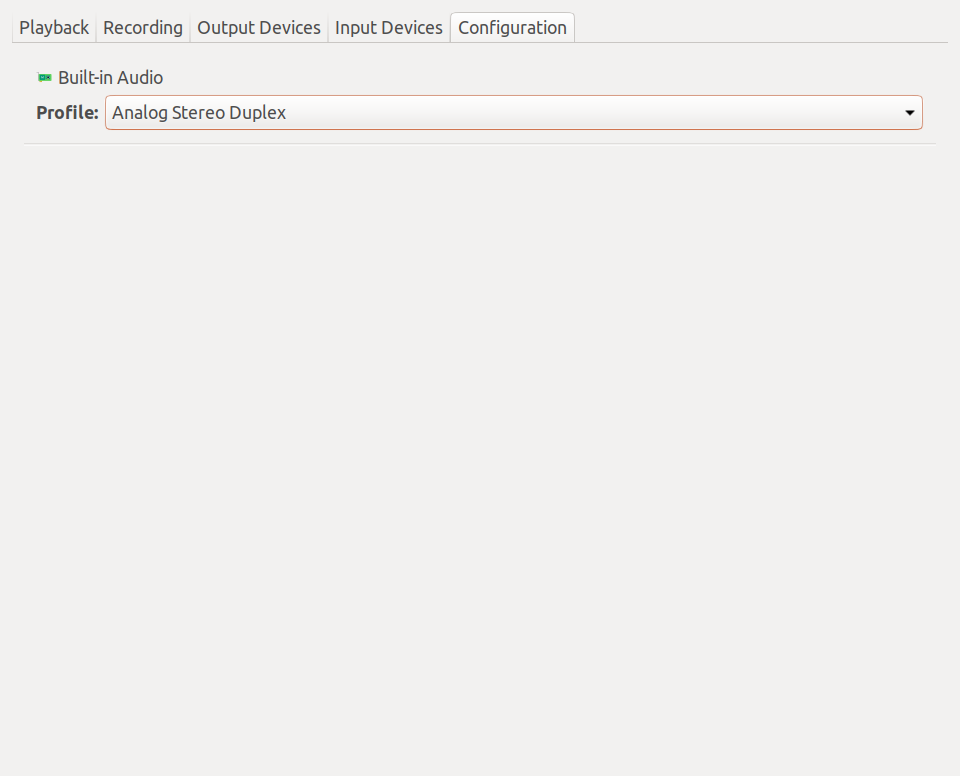 Other things I’ve tried without success:

Microphone devices connected via the headphone jack or USB ports work fine, it is only the internal one that is not being picked up. Any help or ideas on getting the internal microphone to work would be greatly appreciated. Thanks.