I have recently studied Myhill–Nerode theorem and during applying it to minimize the given FSMs, I had a problem. Is it always the case that the final states should be grouped together because they are indistinguishable? In the first FSM here, if I group (q3,q4) ,on 0, q3 reaches q4, q4 reaches q4 but on 1 both behave differently as q4 has no transition on 1. Same trouble is with the second FSM. I want to understand how to group together the states in using the theorem. 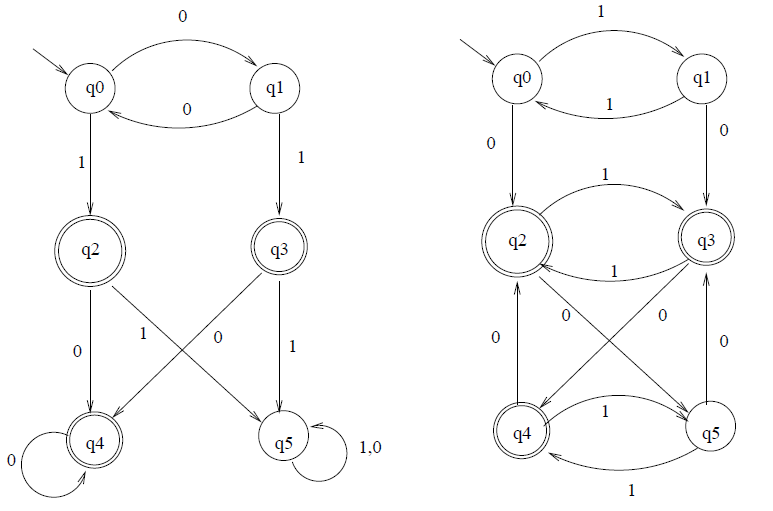