When simulating a friction dynamic system, I have come to a problem when approaching steady-state.

In the example below, a box moves along a surface with a certain friction coefficient:

Since the friction is only dependent on the speed unit vector, the system oscillates around the steady-state point instead of converging to 0. The oscillation vary depending on the time_step simulated, but it is there always. 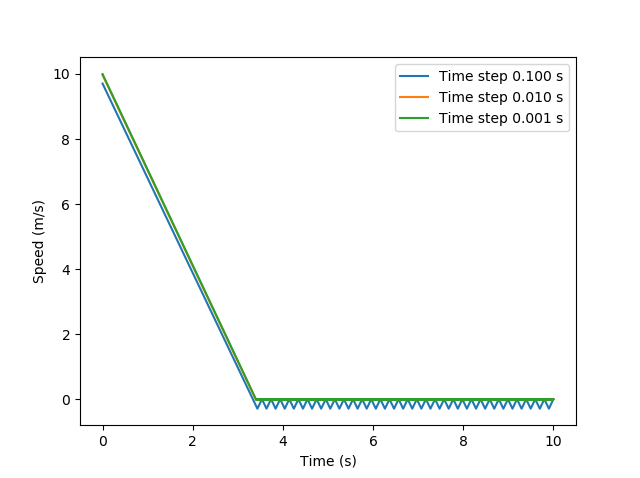 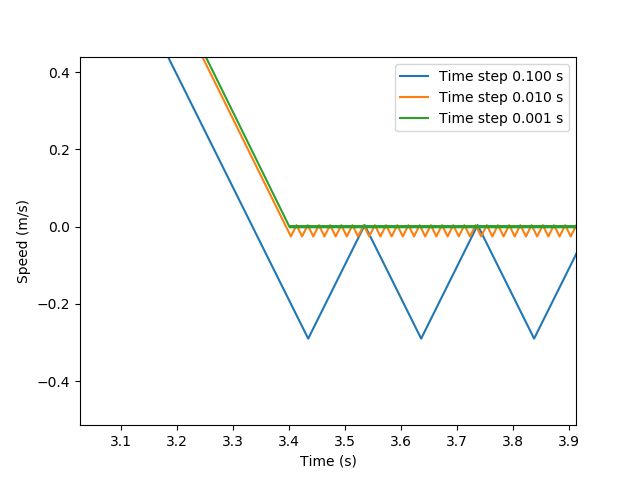 Is there a way for this to be coded in order to avoid those steady-state oscillations, and without loosing physical integrity?