In the thread Stress calculations using finite elements User21 showed an example how to define a force over the entire body during FEM calculation as boundary condition. See the screenshot below from the corresponding position in this thread. 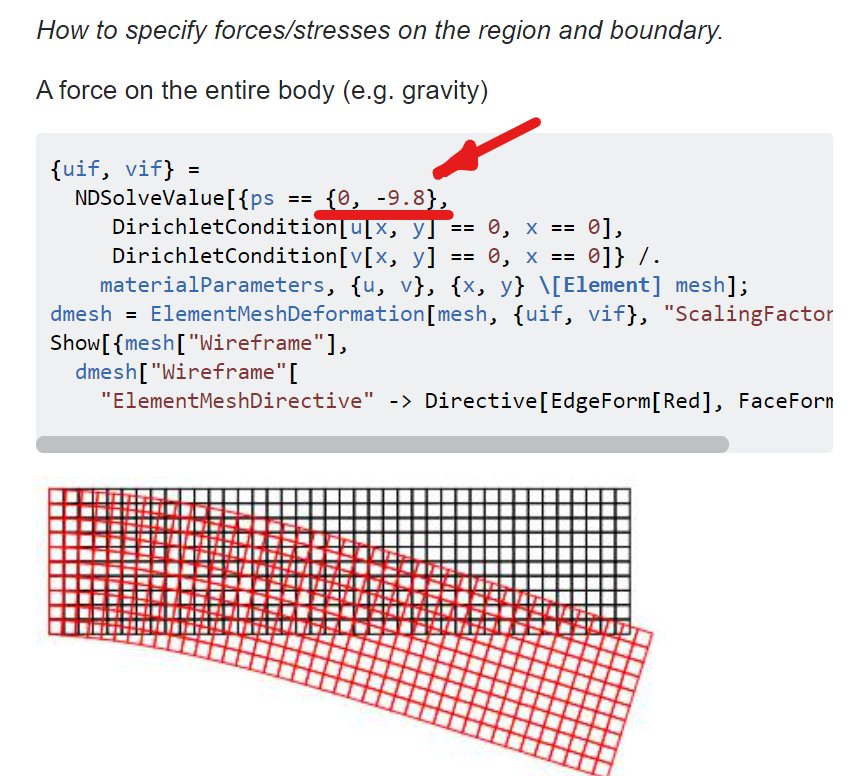 In the description of the definition of the boundary condition – force on the entire body – User21 has defined the differential equation system as follows.

If $ N/m^2$ is the correct unit, then I can understand how to calculate the normalized body force from the density and volume of the body and insert it into the right side of the differential equation.

If $ N/m^2$ is not the right unit, then I have the following questions on you:

How is the density of the material or the mass considered here? Could you please show how to use this correctly in the equation?

In my case I have a centripetal acceleration due to rotation and the equation would look like this:

Omega is the angular velocity of the body for which the deformations are to be calculated with FEM. And the expression

is the centripetal acceleration, where $ r$ is the distance from the center of rotation.

However also here I have the problem, density resp. masses are not considered.

Does anybody have an answer to the question how to use the density and the mass correctly in the equation?

Many thanks in advance!