Say I have a string x that is accepted by some DPDA P that accepts empty stack. Intuitively it’s seems impossible for P to accept any string x.y for any y != epsilon. The below DPDA accepts on final states all strings the language {a,b}* having an equal number of a’s and b’s. 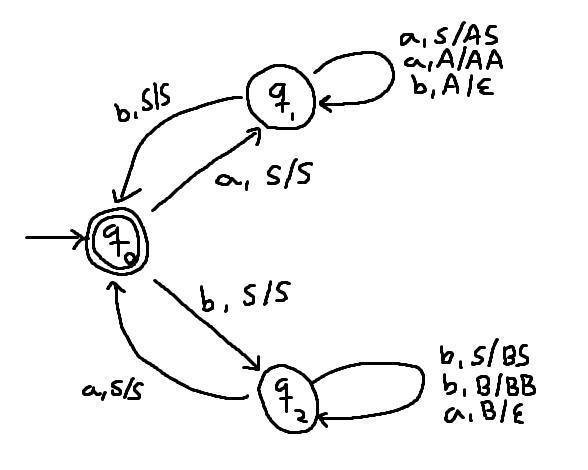 I am not fully sure about my answer I think the first answer covers the accepting path but I also put in the second part just to show each step the stacks take. The method is to read the string filling stack 1 and “guess” the middle of the string then fill in the second stack with the remaining string, after that compare tops and if they’re equal pop both and if both stacks end up empty accept. 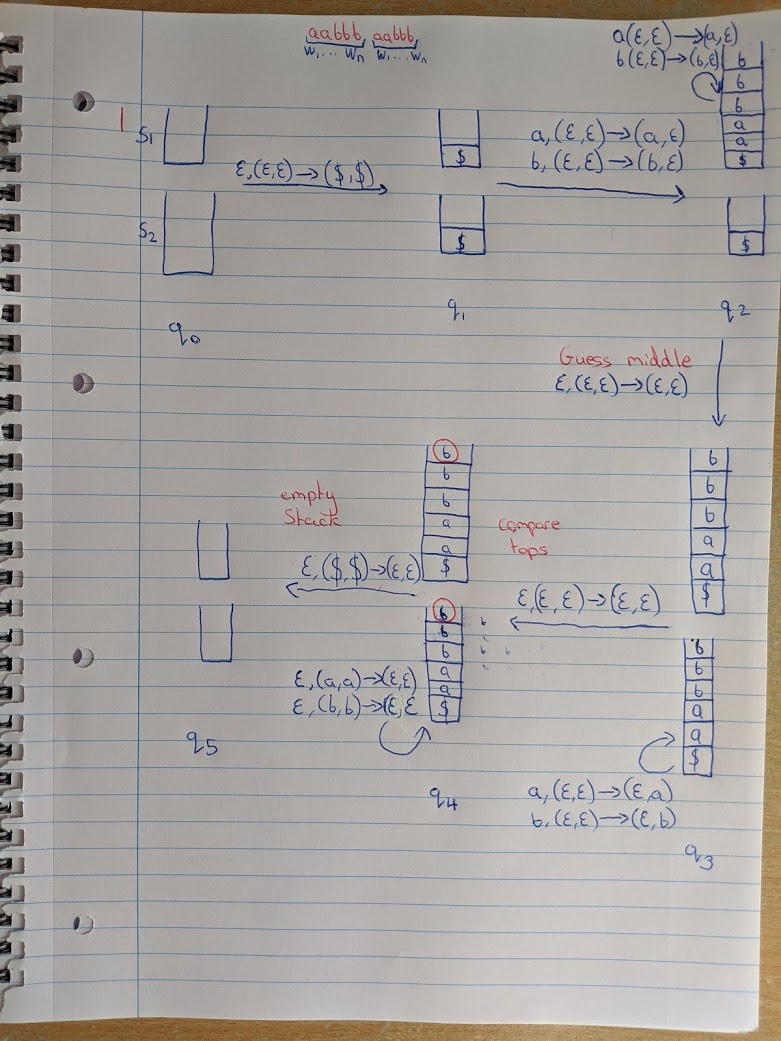 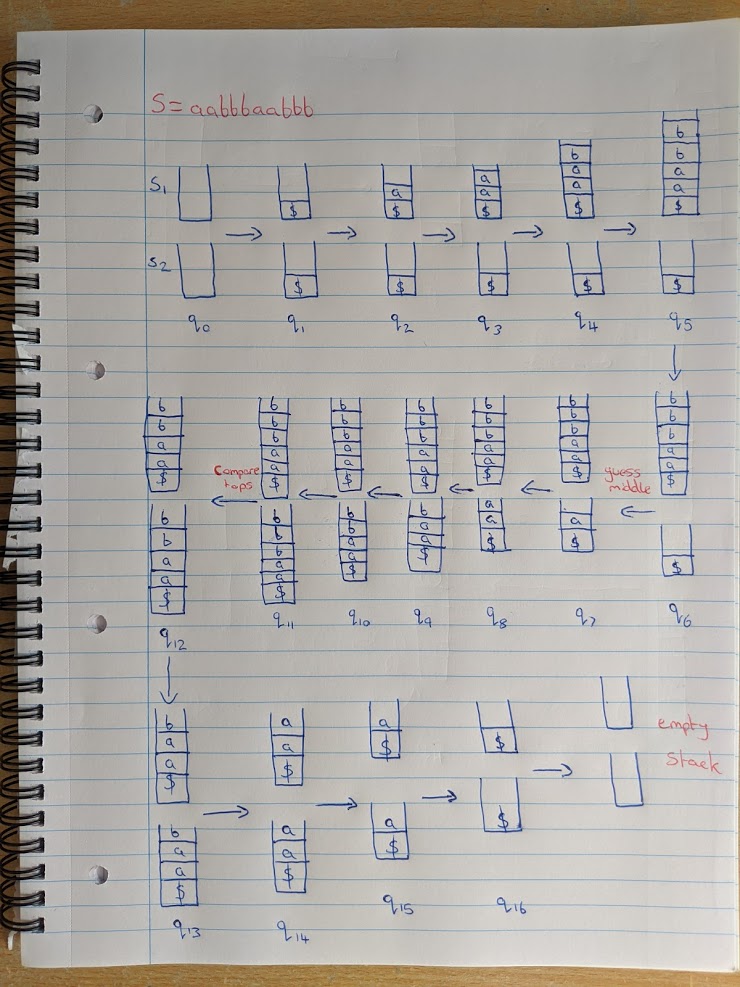 The problem that I’m facing, currently, is the perception, from some members of my second group, that I’m not receptive to criticism.

To elaborate, some of them believe that whenever they have criticism for me, it’s always valid and I should be accepting of it.

I’ve criticized, say, someone’s proof before in Mathematics until they pointed out the underlying thought that they had behind a particular sentence and after that, I’ve had to retract that particular criticism since it really isn’t valid.

I’ve tried to bring that into my D&D life and, even as a player, I tend not to criticize the DM about story-related material, prefering to work through the tale as a character to its end before analyzing it. My criticisms have always been restricted to the gameplay of the story. Of course, that’s just a personal thing and I don’t impose that on my players at all.

My first group happens to understand this really well and is receptive to any discussion that we have regarding their criticism after the game. So, the members are entirely ready to retract their criticism if I can convince them that it’s not valid (at some times, I just can’t argue with what they have to say, though, so I don’t argue on every point).

Some members of my group don’t believe that this is how feedback is supposed to work and they believe that I should be changing my style of running the game based on their preferences. The other members disagree with them and have told me that while there are improvements that can be made in the gameplay, the approach I have to taking criticism is just fine.

So, at this point, I’m kind of at a loss on what to really do? How should I approach them? Is my entire approach to D&D wrong?

Also, I should say that whenever I have private exchanges with these members over a particular thing that’s bothering them, I tend to try and look for a second or third opinion on what they’re saying so that I’m not misinterpreting it and unreasonable disagreeing with them for no reason whatsoever.

That is, I will usually show others the messages that were sent between that member & myself regarding that topic and will ask them for their thoughts on the entire issue. I try not to restrict myself to just describing the exchange verbally, because I’m not quite sure that I can give an honest recount of everything that has occurred. I’d rather show them the text directly.

Since the GDPR landed, many websites have to inform you about their cookie usage and give you an option to enable/disable them for provider and for reason of storage. Say that I find a link I want to read but they ask for consent of storing cookies in my device (which I would rather not, if possible)

Am I fine if I open a private/incognito window and accept all cookies there and close it after I’m done?

The reason behind this is because having to withdraw consent of all links I click quickly becomes a tedious task. Please also note that disabling cookies is not an option for two reasons: there are sites from which I want to store cookies and I intend to do this in all of my devices, not only in a specific system

My business (sole trader) based in Australia for an Online business selling Digital goods (Game accounts) is looking for a payment solution that accepts various payment methods worldwide that isn't G2A PAY or PayPal.

Thank you for any help provided

Will an NPDA accept a string that reaches a final state but does not have all its input consumed yet?

I’m running a type of perf test where I have a simple TCP server with 4 IP addresses that is listening on a port and getting connections from several other computers on the local network. Everything works fine up to just under 120,000 active connections, clients are able to get messages from client and create new connections. At just under 120,000, new connections just stop appearing. There is no log activity on server and clients start getting timeouts after a bit. There is no firewall that would be getting in the way. I have tweaked a bunch of settings already:

The limits are intentionally completely overkill because it’s just a test. Are there some other settings I am missing that would enable more connections? Neither the CPU nor RAM is being stressed so I would like to keep pushing the hardware. Server and clients are all running on AWS EC2 t3a.xlarge instances, if that makes any difference.

I will write a 1500 words post about your website/product/service. Basically each paragraph written in 3 different ways. I will guest post it on 100 different blogs (avoiding duplicate content by rotating paragraphs, posts 100% readable by humans, no automatic spin gibberish)