I have a GE Concord 4 alarm, and want to change the display of the alarm panel. The belo photo shows the current display, however I would like to replace “True Residence” with the date and the second line with the time, as I have seen online with many Concord 4s.

Would you please advise how I would go about doing this. 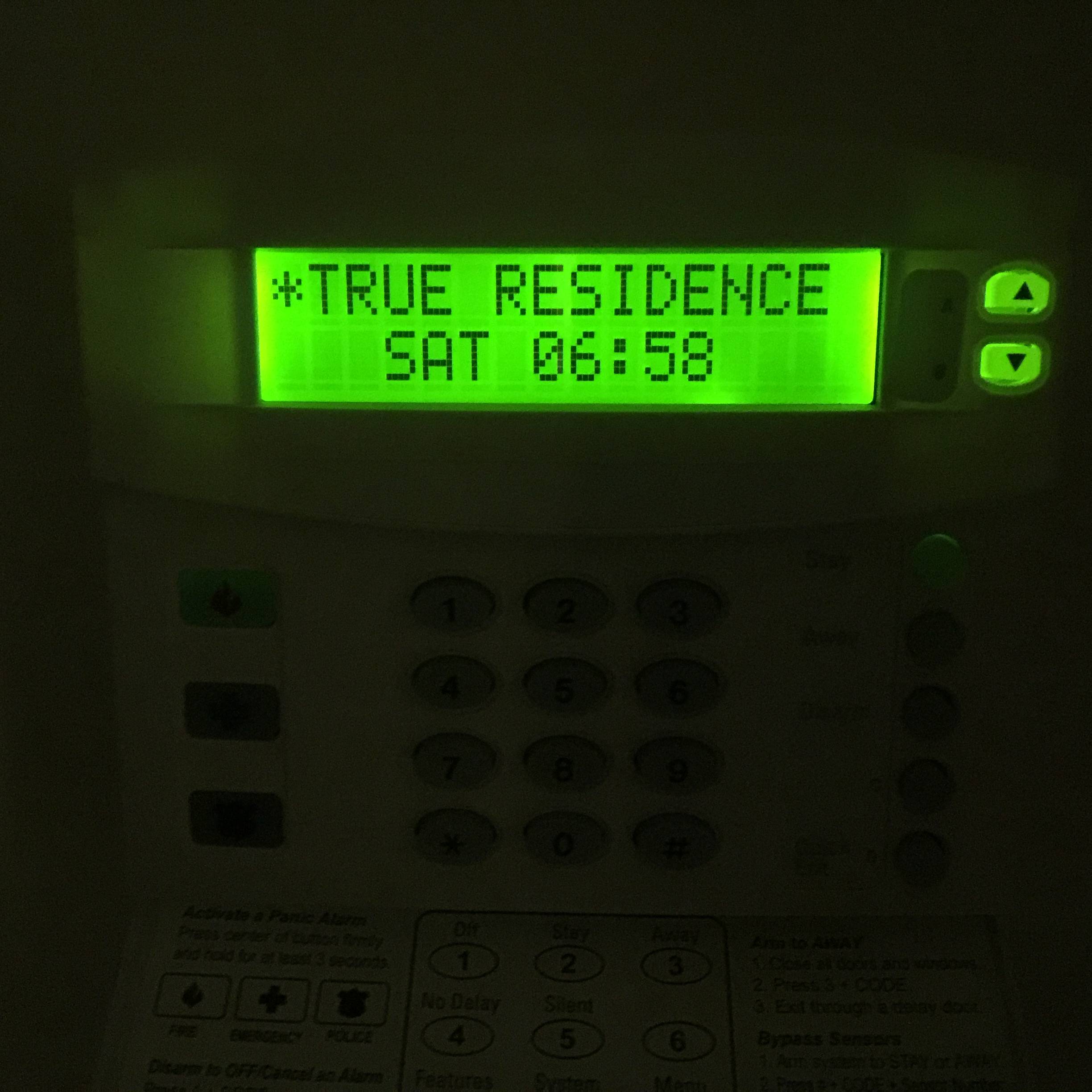 I tried to google for more information on this malware but could not find anything. Could it be a false alarm?

After reading this question, I thought up a scenario that I wasn’t sure if it was answered inside there. If you have a normal use of the Alarm spell filling up a 20-foot cube, could you leave a space the size of a 10-foot cube on the ground in the middle to be unaffected by the spell? A reason you might want to do this is if you have a creature captured and bound, and you want to be alerted if he leaves his space. You would cast the Alarm spell on the area around him (within the 20-foot cube), leaving the square the he occupies out, otherwise you would be constantly alerted, as the spell states (emphasis mine):

Until the spell ends, an alarm alerts you whenever a Tiny or larger creature touches or enters the warded area.

Is this hollowing out of the Alarm spell possible?

I am fairly new to DnD and I am trying to figure out the line between using spells creatively and abusing the spell. With regard to the Alarm spell the text reads “Choose door, a window, or an area within range that is no larger than a 20-foot cube.” How I read this is that you can designate any contiguous area within the spells range with a total volume less than that of a cube with a side length of 20 ft. 20^3=8,000 and it so happens that the volume of a 30 ft hollow hemisphere with 1 foot thick sides is 8,060.83 cubic feet (I used this to find the area of a partial sphere with a radius of 29 feet and a height of 28 ft and subtracted that from the volume of a 30 ft radius sphere). That can be easily made to equal 8,000 cubic feet with only minor adjustments. Is this use of alarm allowed according to a strict interpretation of the rules and do you think would it be acceptable to use in game play?

There are a lot of alarm apps available in the market, some with personalized and some without. We are in a discussion to create a hyper-personalized alarm app for native android users. Can you advise me on the level of personalization expected by common people?

In the description it has a sentence:

When you cast the spell, you can designate creatures that won’t set off the alarm.

This leaves it a little vague as to whether or not said creatures must be explicitly stated or can general statements be made. It makes sense to explicitly name party members, with the exception of the rogue, that will not set off the alarm. However what about designating creatures by groups? Here are several examples:

So, is there any clarification or restrictions on how or what one can designate which creatures the Alarm spell ignores?

Is there an app or setting in gmail where I can get alarmed for urgent email based on the sender.

From googling, it seems Gmail had a setting to set a ringtone for specific label, but this feature has been discontinued and no longer available in the newest version.

I’m trying to use an old app called AlarmPad, but it doesn’t seem to work if the phone hasn’t been unlocked after a reboot.

However, I read that Android N and later support this feature (“Direct Boot”?), by using Device-Encrypted data rather than Credential-Encrypted data for the app’s data.

How can make this older app do this so it works on reboot?

My Samsung A3 has a function called Max Power Saving Mode which I assume is Samsung’s version of Ultra Power Saving mode. I find it very helpful sometimes but when this mode alarms dont go off. Is there any way to allow alarms ( set in the clock app) to go off in this mode? I’ve checked through the settings for this mode and I can’t find anything which allows it. I’ve searched the web and I couldn’t fine anything about this though I did find some stuff on UPSM but the settings didn’t seem to match.

Something keeps lowering my alarm volume. I keep it at about 70% because I can be a heavy sleeper at times, but I keep finding that it’s been lowered to about 40%. This has been going on daily for months.

Any ideas as to what’s causing this or how to fix it?

EDIT: I’ve realized that it would probably be useful to talk about some of my settings. I have Do Not Disturb scheduled for “Priority Only” from 10pm to first alarm daily. I keep my ringer on mute or the first/second setting.