I had a bearded devil carrying some keys that would open a jail cell, tied to his belt and was slain. My question is, does it drop the keys and can be retrieved by my players or would they go with it back to Avernus?

I am not too concerned if I have to make my own ruling but if this has been answered somewhere I would prefer to use that rule. 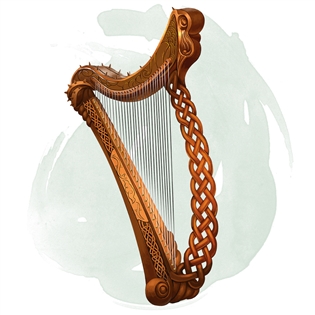 During a recent D&D 5e session, a Retriever picked up a player character and started to move, using this ability:

If the paralyzed creature is Medium or smaller, the retriever can pick it up as part of the retriever’s move and walk or climb with it at full speed. (Mordenkainen’s Tome of Foes)

Another player character then cast Disintegrate on the Retriever. The text of disintegrate includes:

A creature targeted by this spell must make a Dexterity saving throw. On a failed save, the target takes 10d6 + 40 force damage. The target is disintegrated if this damage leaves it with 0 hit points. A disintegrated creature and everything it is wearing and carrying, except magic items, are reduced to a pile of fine gray dust. (Basic Rules, pg. 233)

Historically, greatswords were so long they were impossible to carry at your hip, so you typically carried one around with it resting, point-up, against your shoulder. One benefit justifying this inconvenience was their reach. However, in 5e, greatswords are not “reach” weapons. Should we therefore think of the 5e greatsword as just an especially beefy longword–twice as heavy, but still short enough to be carried at the hip? Or, since we’re telling fantastical stories about fictional epic heroes, do we simply buy into the Hollywood back sheath, no matter how unreasonable that’s been shown to be in real life?

Bonus Question: Does your same answer apply to 5e’s other heavy and 2-handed but non-reach melee weapons, the maul and battleaxe?

The Cave Fisher from Volo’s Guide to Monsters (pg. 130) has an action called Filament which says:

One creature grappled by the cave fisher’s adhesive filament must make a DC 13 Strength saving throw, provided that the target weighs 200 pounds or less. On a failure, the target is pulled into an unoccupied space within 5 feet of the cave fisher, and the cave fisher makes a claw attack against it as a bonus action.

Emphasis mine. I imagine its pretty uncommon for a medium sized PC’s bodyweight and carried equipment combine for a weight under 200 lbs. Does the Cave Fisher’s attack limitation include the weight of carried equipment?

I am learning about TCP control flow and came across a question about how much data is carried by the 4th segment. The answer is supposed to be 1200 (2230 – 1030) but I don’t quite understand why. 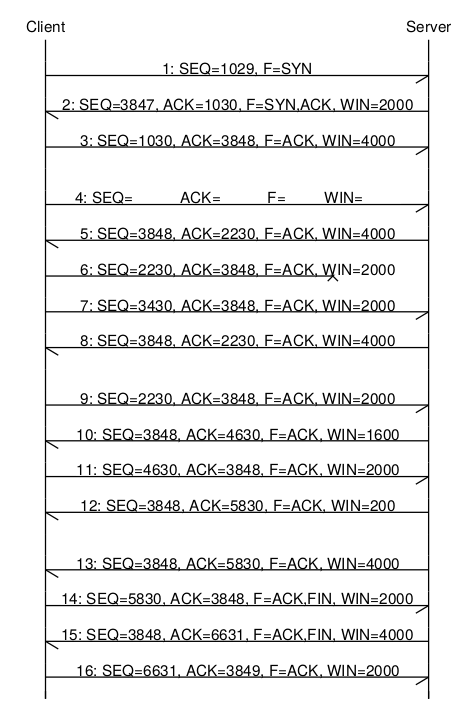 The Grappled condition states (from the point of view of the grappler):

Moving a Grappled Creature: When you move, you can drag or carry the Grappled creature with you, but your speed is halved, unless the creature is two or more sizes smaller than you.

I have no issue with the dragging portion of moving with a grappled creature but when carrying the creature where does it find itself on the end of your turn?

Can the grappling PC place the carried target down into whichever square in range they choose?

Other options include holding them in a fire, dropping them into a known trap, etc or simply stating that you’ve lifted the grappled creature over your head and placed them down on the other side of you so your allies can attack it.

None of seems right to me but I find anything to explicitly state how to handle carrying a grappled creature.

The Artillerist Artificer has the ability to make Eldritch Cannon(s). The rules for the cannon state that you can make two different sized versions of it:

you can take an action to magically create a Small or Tiny eldritch cannon in an unoccupied space on a horizontal surface within 5 reet of you. A Small eldritch cannon occupies its space, and a Tiny one can be held in one hand.

The wording is a little vague. Do the rules mean that the tiny version:

Looking at the RAW for Minor Illusion (PHB, page 260) and other questions, I recognize that Minor Illusion is very limited in its ability to move on its own or change its appearance. However, I’m wondering if the illusory object can be carried or worn as demonstrated in two examples:

As an Artillersit Artificer, if I create a tiny-sized Eldritch Cannon with legs, can I place this cannon somewhere on my person and let it use its legs to hold on to my character (on my head, shoulder (Predator!), wrist, belt, top of my backpack, etc.)?

I understand that with RAW, it cannot move on its own into an occupied space, so it would not be able to climb up onto me, but I think that I should still be able to pick it up and place it somewhere as an object interaction. It could use its legs to hold on once in place. If I can control it from up to 60 feet away, I would think that it shouldn’t hinder the use of my hands for other actions once it is there.