Especially at low levels, Pathfinder characters can usually be killed easily by a single enemy attack, provided the dice fall in said enemy’s favor. An example:

On a hit, the enemy deals 1d6+3 damage. On a critical hit (×2 for the quarterstaff), they can hence deal up to a maximum of 18 damage, which would kill the PC immediately with a single attack! There is no way for a healer to interfere, the character will die at once.

I believe stats as described above are neither unrealistic for a PC at level 1, nor for an enemy they might encounter. However, I recently ran a one-shot that almost resulted in TPK within 30min due to two critical hits the enemies got in early on, killing two of the PCs and thus changing action economy massively in their favor.

How can I avoid that without pulling off some Deus ex Machina stunt?

To be clear about this: I always make sure in session 0 that everyone knows PC death is possible (and so far players have always agreed to it). But even knowing that, it really puts a damper on everyone’s mood if a character the player possibly spent hours on creating dies in session 1 because of a single attack by a generic enemy.

Simply fudging the enemies rolls is not really a possibility, since I’m using Roll20 for my games at the moment and all players are able to see my rolls (including modifiers) once made. There is the possibility to hide rolls from players (which I sometimes use for opposed checks), but I would prefer not to do that for all attack/damage rolls just to be sure, because that already implies I intend to fudge a roll at some point (which I probably would in said situation, but I’d prefer players not to think about that constantly).

While this question might seem related, the problem at hand is not encounter balance (as pointed out above), but dealing with the risk of a balanced enemy killing a player due to (bad) luck.

I’ve got some weird usability warnings popping up in my search console for pages which don’t actually exist on my site. It looks like someone is creating 100’s of malformed links to my pages.

Someone is creating hundreds of links with random text after the filetype like this: https://example.com/pagename.html/randomtext

Strangely, with that malformed URL, part of the page renders, but renders with broken styling for some reason. (Triggering search console warnings for every one of those "pages"). I’m not really sure how or why these broken URLs are rendering at all. My understanding is that this should return a 404 error. But it doesn’t.

I’m trying to solve the problem with .htaccess like this:

How do I get it to ignore all characters following the file type? (except standard GET strings starting with a ?)

I’m preparing to run a Hero System, 6th Edition campaign, and I’m struggling to understand movement, especially velocity. Here’s the question: When a character’s Phase ends yet his velocity is still greater than 0m, does the character’s velocity affect what Actions the character can take on his next Phase?

For example, Slick’s Phase ends, but his velocity is still 20m. On Slick’s next Phase, can he take a Zero Phase Action to add velocity (E61 156), spend a Half Phase to take a Half Move during which he adds even more velocity, then spend a Half Phase to take an Action that requires an Attack roll, despite Slick still having a greater-than-0m velocity? Or, because Slick’s velocity is 20m at the start of the Phase, must Slick first take a Full Move or Half Move to reduce his velocity to 0m before the character can do anything else besides move?

Note: My confusion stems from this statement: A character "may not deactivate the Movement Power until he decelerates to 0m normally or through some outside means" (E61 156 and E62 25). So far as I can tell, the game doesn’t describe exactly what this means (i.e. I can’t tell if not moving is supposed to be the same thing as deactivating a Movement Power). Further, the game doesn’t seem to describe how already having velocity when a Phase begins impacts the character’s ability to take Actions. Finally, I’ve found no examples that cover what I imagine is this relatively common situation.

Is there some software out there (beside core rules) that does character management? Really what I am looking for is a way to fill out the sheet and remember the information so I can update it and print it out (and make a PDF copy) for the next session. Does this make any sense? Core rules has never really worked for me once you factor in the house rules and modifications.

Are there any specific rules for enemies spotting flying characters? Or does anyone have any house rules they’ve used which have worked well?

One of my players has an aarakocra ranger, and he sometimes flies ahead as a scout. If he suspects there’s enemies ahead, he flies past them, not obviously circling over them etc.

A stealth check doesn’t quite feel appropriate here, as he’s not trying to ‘hide’, and indeed he can’t hide against the sky.

However, there’s no specific reason a bunch of goblins who aren’t expecting a flying player character would:

To be clear, I’m not looking for a way to "clip his wings"; I’m fine with having a flying character. I’m just looking for a sensible and consistent way to determine if enemies will spot him, and shoot and/or prepare. So far I’ve been rolling perception checks for enemies based on whatever arbitrary DC I pick that session, and the player hasn’t been rolling anything.

Secondly, in the situation where enemies are forewarned to be alert for a flying character, what rolls might be appropriate? In this situation it’s really just down to if they spot him. But again, rolling a stealth check doesn’t seem relevant; he can’t hide in the sky. If it were on ground, players walking past an enemy would always be spotted, but should they simply spot a flyer automatically?

If there’s something in RAW which I can use, that’s ideal, otherwise any house-rules which provide a balanced and consistent mechanism are fine. If there’s something similar to a stealth check which a player can have some agency in rolling, that may be nice for the player, but that’s not essential.

but somethimes i see special carachters at the end of the excerpt. Plese help me! 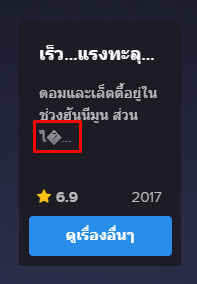 In the Backgrounds section:

Could a Barbarian character being created, for instance, pick Athletics and Survival as his class skills, and then when selecting a background, pick Outlander (which grants proficiency in these two skills), and then using this rule, instead pick two skills from the whole skill list?

Or is your background chosen before class skill-proficiencies?

My players have walked into a Spider Lair and fought their first group of Spiderlings, or effectively a Swarm of Spiders from the MM. I didn’t realize until after the encounter that they have a reach of 0 for their attack and that they can move through and stay on a space taken up by another creature (which occurred to me is the only way it can actually make its attack.) The party’s going to fight more next session.

What happens when a swarm is in a character’s space attacking them, and someone casts a single-target spell against that swarm such as Hellish Rebuke or Fire Bolt?
Since the swarm is invading that character’s space (we assume because they are swarming around them or over them), is the character also potentially affected by the spell?

in Oracle 18 is there a way to enforce the max length of function names (and constant-names) to be 30 chars only (as it is in Oracle 11 and priors)?

When creating characters, I often face a dilemma between making a character. It feels like they can either be optimized so they can "pull their own weight" or having a character I think is creative and fun to play.

When I say ‘pull their own weight’, by and large I mean by filling out the role expected of them (e.g. doing your best to maximize your DPS as a striker in 4E D&D, or choosing useful life paths in Traveller as opposed to interesting ones) and contribute to encounters at the same level as the rest of the group.

I was wondering if there were situations or game systems where one is categorically not OK? For instance, 4E as a system seems more inclined towards optimisation than others. How have people handled this as a group before? Was it handled IC or OOC?

I saw this graph the other day on the WotC forums: 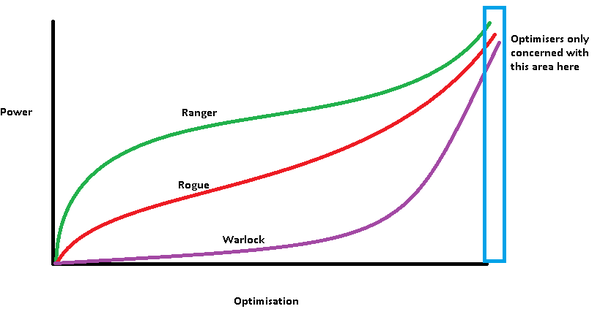 It made me realise the issues I’ve had before were due to not wanting to sit in the blue box, or that close to it, for roleplay reasons. Hopefully this should clarify my points above.