What is the best way to indicate that it’s possible to open and close an element accordion-style?

We’re redesigning some of our landing pages. In this case each landing page has 6-8 course categories each of which contain 3-4 courses by date, time and price. 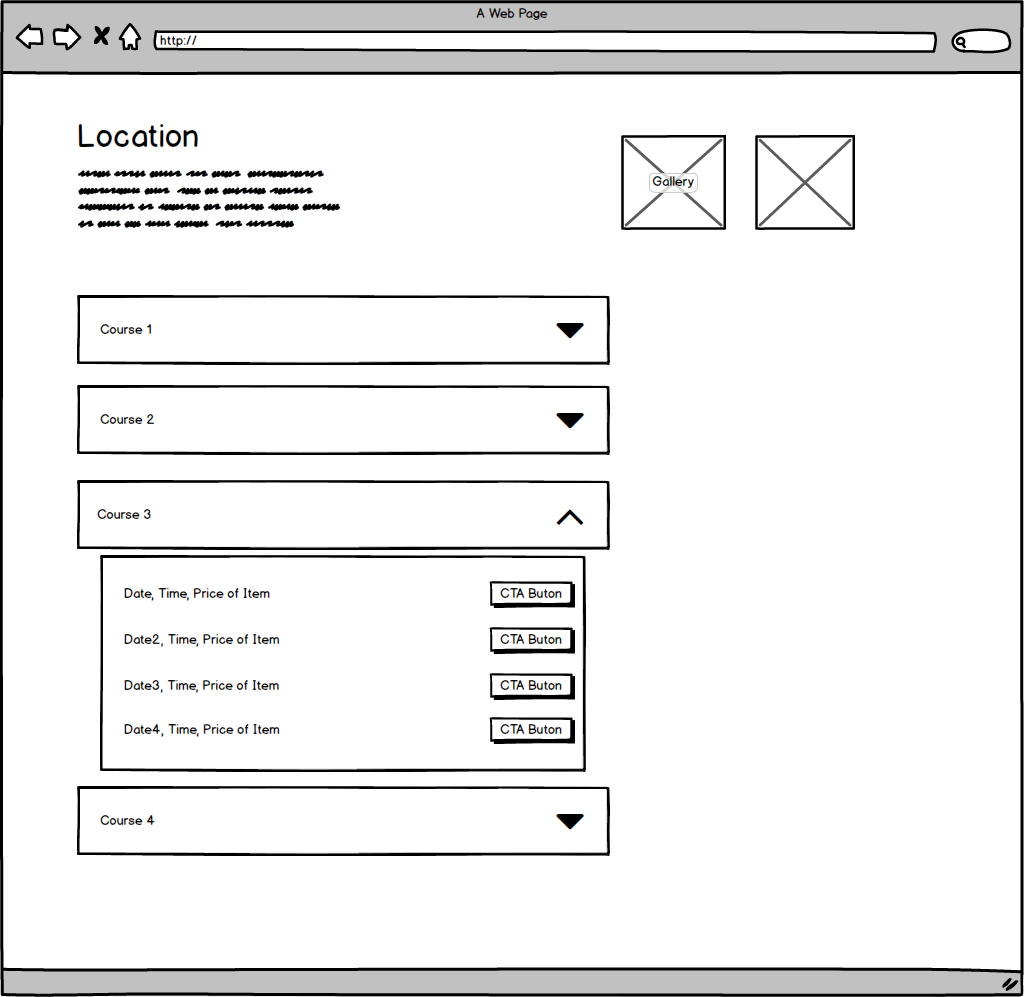 Each course has a CTA button and is contained under collapsible course menu. The landing page currently opens with all menus expanded, which introduces the issue of needing to scroll down a lot to find the right course. We also believe we can organize the data better.

For this we’ve come up with a floating bar at the right side which, when clicked upon, scrolls to the right course category (e.g, category 4). 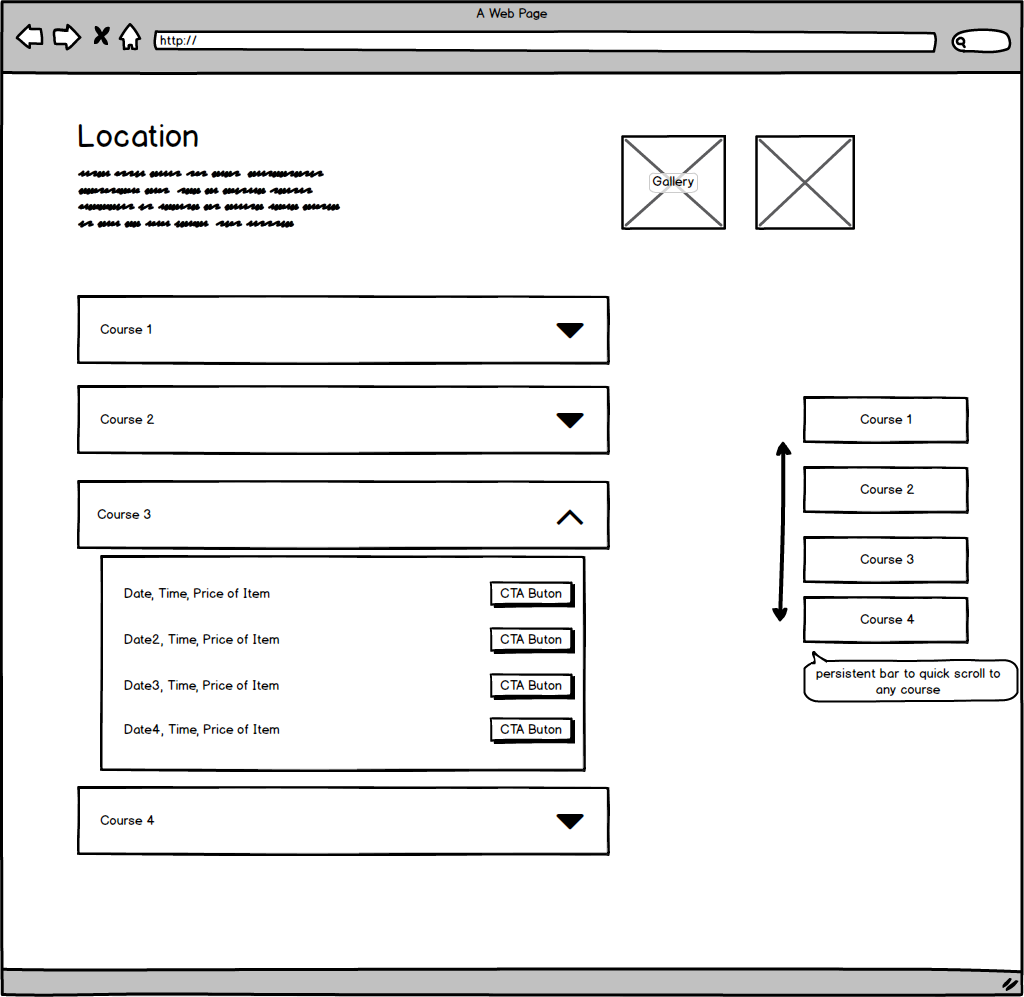 We’re wondering if there’s a better way to do this. Suggestions to improve the layout would also be welcome.

I have an app that includes form elements that users fill out and submit to a Sharepoint list.

However, since there are many form fields to fill in users have complained about the app requiring too much scrolling and being too long. They would like to have collapsible sections that contain related datacards. Currently, I have a form element within my screen with a list of all the related data cards where users enter responses. I need to split it into different subjects and each subject expands when an down arrow is pressed.

I have followed this tutorial : tutorial – which is exactly what I want – but I want each section to contain the related datacards. Is it possible to have form datacards in each of these sections? Or is there another way to accomplish this?

by clicking this link

Is there any way to create a collapsible tree structure in SharePoint that would not only allow me to create an easily browsable structure (with + and – buttons to collapse and uncollapse each section) but would also allow me to upload a file (e.g. pdf or xls) under the last level of the structure so that a person viewing the structure might also download and read the file?

Basically, the reason behind all this is that I have a vast amount of separate files for which I would have to find a way to display in a hierarchical order for other people to view them and actually make sense of the entire structure & the files. (PS: Creating a folder structure on the computer won’t work because the names of some of the folders become too long and thus limit the maximum depth of the structure since at some point, the folder path reaches its limit.)

Need help on making my submenu collapsible. Currently the submenus take up too much space.

I’m working on a mobile web app that has two pages (tabs) of equal importance. As the user will switch between the two frequently, I’m worried that displaying a classic navigation bar at the top of the screen will prove frustrating and harm the experience.

I’ve found a few examples of mobile websites with bottom navigation bars (Pitchfork and Quartz) but these are problematic on iOS:

I was able to work around both of these issues by implementing a navigation bar that is floating, and collapses away at the same time as Safari’s toolbar does. The collapsing is helpful as it means the navigation bar will be out of the way of the content, won’t clash with the home indicator, and won’t require the user to tap it twice to use it.

While the proof-of-concept seems to behave satisfactorily, I have a few concerns I’d like to ask about:

I’m very new in SharePoint and I’ve receive the task to create an internal SharePoint site for our department. I searched a lot on internet regarding a way to add icons to quick launch menu but I cannot find anything from head to tail. For now I used a CSS code. 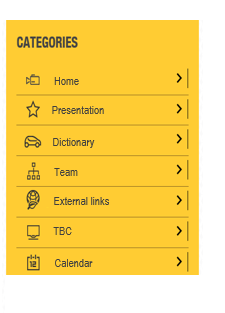 I tried to use JQuery , but again I’m new on this also. Can anyone help me with this problem ? Thank you so much for your help. 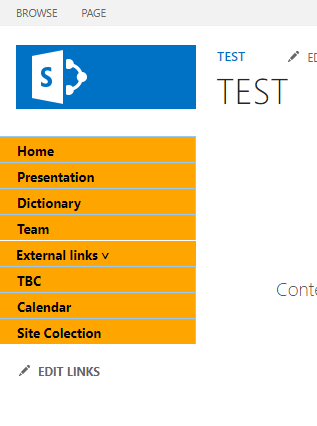