I have a question. When I use "Filling"

One of the functions appears in orange and the other one in blue, there is some way to make that both appear in the same color?

I read the documentation but I can’t find a way to do this.

This is a question about the sebcrozet/kiss3d graphics engine. I have managed to create a mesh using group.add_mesh(). Now I want to colour my mesh with a specified colour for each vertex (or face). Does anyone know how I do this?

One possible approach seems to be to define a RgbImage with all my different colours somewhere in the image, turn that into a DynamicImage, turn that into a Texture, somehow associate the texture with the mesh, set up a UV map, and set the UV location for each vertex to map to the relevant colour.

The documentation does not go into enough detail or give a specific example. Does anyone have any example code that works?

I’m interested in knowing how different colours a tiefling’s skin may can be, with official backing. By official backing, I mean, there are plenty of fan-images out there of tieflings of all sorts of colours, but I’m primarily interested in official art for any edition of D&D, and better yet, such skin colours explicitly stated in the text.

Typically, as I pointed out in my previous question, tieflings (in 5e, at least) have either “human skin colour”, red skin, or somewhere in between.

Their skin tones cover the full range of human coloration, but also include various shades of red.

Examples of other colours (all non-5e references come from this answer):

Are there any other tiefling skin colours, either shown in official art or, better yet, mentioned in any official text? I’m not considering novels, only rulebooks and lorebooks. Also, ideally, I’d like images to be backed up by text (hence, are there any mentions in any text of the purple tiefling, for which I only have a picture to infer that it is possible?) where such text exists.

It would be great if answers could include lore explanations for each skin colour, as per my previous question, but since that had a whole question just for blue skin, I’m going to consider that a “nice to have” rather than a hard requirement for answers, lest this become too broad (but it would save me asking “what’s the lore behind green?”, “what’s the lore behind purple?”, etc).

My question is, how should I determine the format that the map is in and which channel corresponds to which attribute?

Update: I’ve already come to terms that I’ll probably have to compile new shaders for different materials but I’m trying to figure out a way of identifying the format that a map is in. It would appear that for one of the models I’m using, it stores its bump map in the R channel. I didn’t even know that was an option

Update 2: I imagine I’ll have to just delegate this to the asset pipeline and have the user select which channels to sample from. That or have a hardcoded format and make sure that any PBR materials imported follow that format

Our History
2009 Establishment of a trading company
2011 Establishment of Conveyor Belt Processing Plant
2015 Establishment of Synchronized Belt Processing Plant and International Marketing Department
2017 Establishment of Suzhou Branch
2019 Completion and opening of the new factory building
Our Factory
Zhejiang farman industrial belt co., Ltd. is specialized in manufacture and processing industrial belt, and sell all kinds of transmission parts.
Zhejiang farman industrial belt co., Ltd introduction of advanced technology and equipment, manufacture in mainland China and sell industrial belt products of Farman brand, which provide with more transmission and conveyor products for customers. Because of the advanced production technology and scientific management concept, the company will develop better and better. We wholeheartedly welcome the customers to cooperate with us, create resplendence and win-win together.
Here are Farman products: flat conveyor belt, pattern conveyor belt, skirt belt, paddle conveyor belt, conducting bar conveyor belt, nylon base band, synchronous belt, v-belts, wide belt, round belt, resistance to high temperature Teflon conveyor belt, canvas belt, and all kinds of special shape of industrial belt, etc.
With professional knowledge and rich experience for many years, our company wholeheartedly to help customers to solve the problems during the industrial production, we hope our professional knowledge and high quality service will be beneficial to your works.
All staff adhere to the “innovation, practical, flexible and efficient” work principle. Use goods occupy the market, use our services to win customers, improve service quality and efficiency continuously, improve customer satisfaction, and enhance brand value.
Honesty is the principle of our company, We will be in place to ensure quality, under the premise of perfect service, let customers buy their like and use without any question, achieve the good wishes of “high quality and low price”, towards a new brilliance together.
——-To provide with satisfactory service is our tenet, we sincerely look forward to cooperating with you.
Our Product
1.Conveyor belt
2.Flat belt
3.Transmission belt
4.Timing belt
5.Round belt 6Treadmill belt
Product Application
Automation machinery, fishery, slaughter industry, tobacco industry, logistics, food industry, electronic equipment, smart home, etc.Fabric of Grey Colour PVC Belt suppliers
website:http://www.fmbelt.com/
website2:http://www.fmbelt.net/

I’m trying to do a personal project as part of my portfolio. So one of the things I have been constantly asking myself is when looking at doing a complete redesign of the Mobile App including the core experience, layout, and even the primary brand colours, which route would you take?;

The main reason for wanting to do the split implementation; to provide the users a sense of continuity between the existing app screens and newer app screens. So by all means, the users do not feel alienated when they are left to navigate an entirely new app (with changed experience, layout and brand colours)

Please do let me know the core reason on why you think either of the approaches work.

Thanks a lot in advance.

I’m in the process of refining a colour palette and while doing some research I’m seeing a lot of palettes, such as this one from Atlassian, add numbers to their colours ranging from 50 to 900: 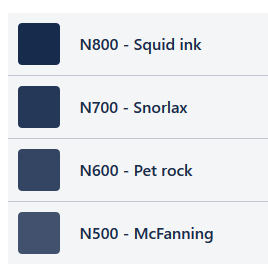 How exactly are these numbers determined against the colours and what do they mean? 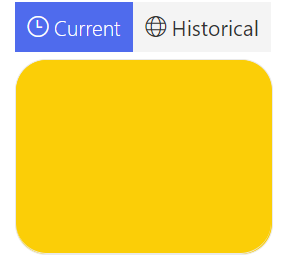 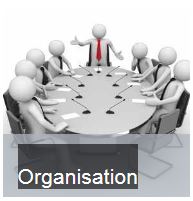 I know how to change the darker background (from heading) but how can I change the background of the description (shows up when going with mouse over tile) and the surrounding of the heading? 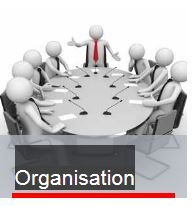 Can anyone help me, I’d like the row of a list to be highlighted for 7 days after the item has been created.

Many thanks in advance