I’m exhausted after looking for an answer for 3 days. I don’t know if my suggested flow is wrong or my Google skills have really deteriorated.

My API needs to create a valid certificate from a CSR it received, by signing it with a private key that exists ONLY inside an HSM-like service (Azure KeyVault), which unfortunately doesn’t offer Certificate Authority functions BUT does offer signing data with a key that exists there. My CA certificate’s private key is stored in the HSM. I’m using ECDSA. 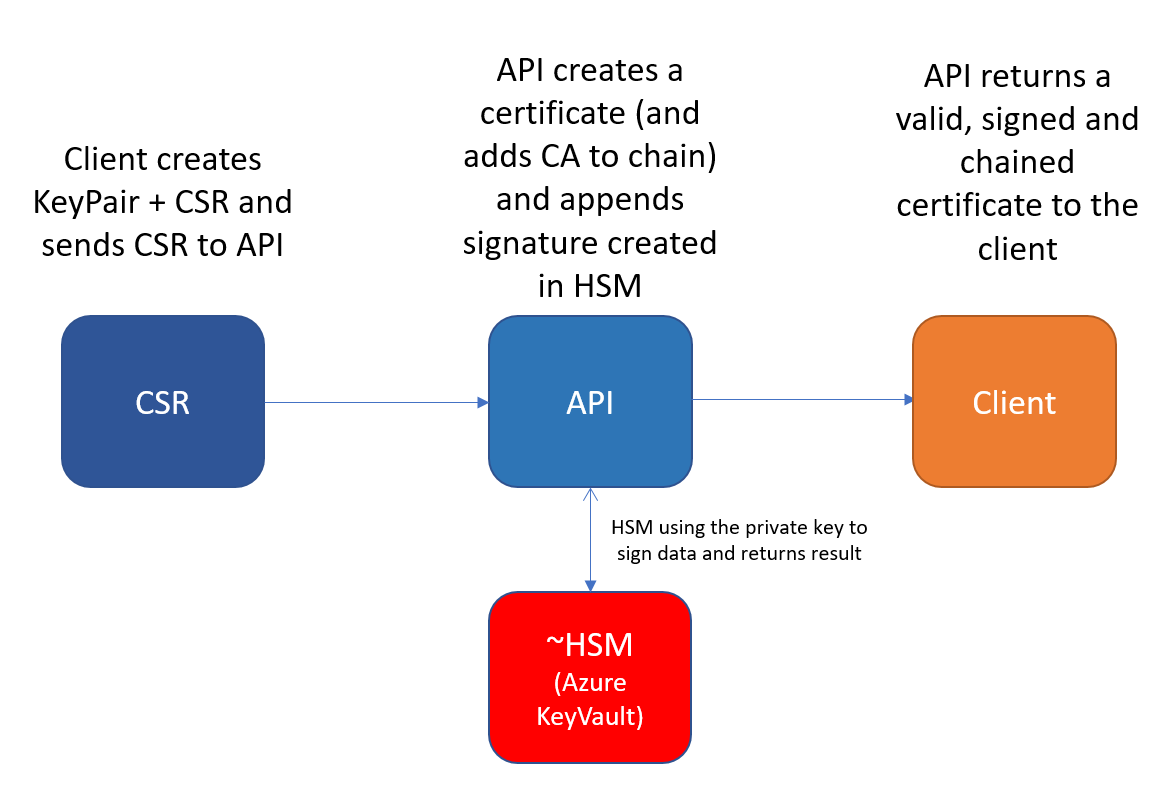 I really appreciate your help!

Can we do multiprocessing on single core system ? I thought that single core means that ONLY one process/thread can execute at any time. For multiple processes , there can be concurrent execution to appear as they are executing Simultaneously.

This answer to "What happens to the fate point after a character invokes an aspect?" shows that in DFRPG (per Your Story, p. 106):

if you’re invoking an aspect on another PC or on a NPC to gain an advantage over them, that character will receive the fate point you spent, either at the end of the exchange (in conflict, see page 197) or at the end of the scene (outside of conflict).

if someone pays a fate point to invoke an aspect attached to your character, you gain their fate point at the end of the scene.

Why did Evil Hat change invocation so that Fate points are given out only at the end of a scene?

The reports provide only one example, and it is the same URL in both cases (https://rbutterworth.nfshost.com/Tables/compose/). The page is static, with no scripts or forms.

The site has hundreds of other pages (all also static without forms), so what is so special about these reported pages that every one of them would be good in one context and bad in the other? 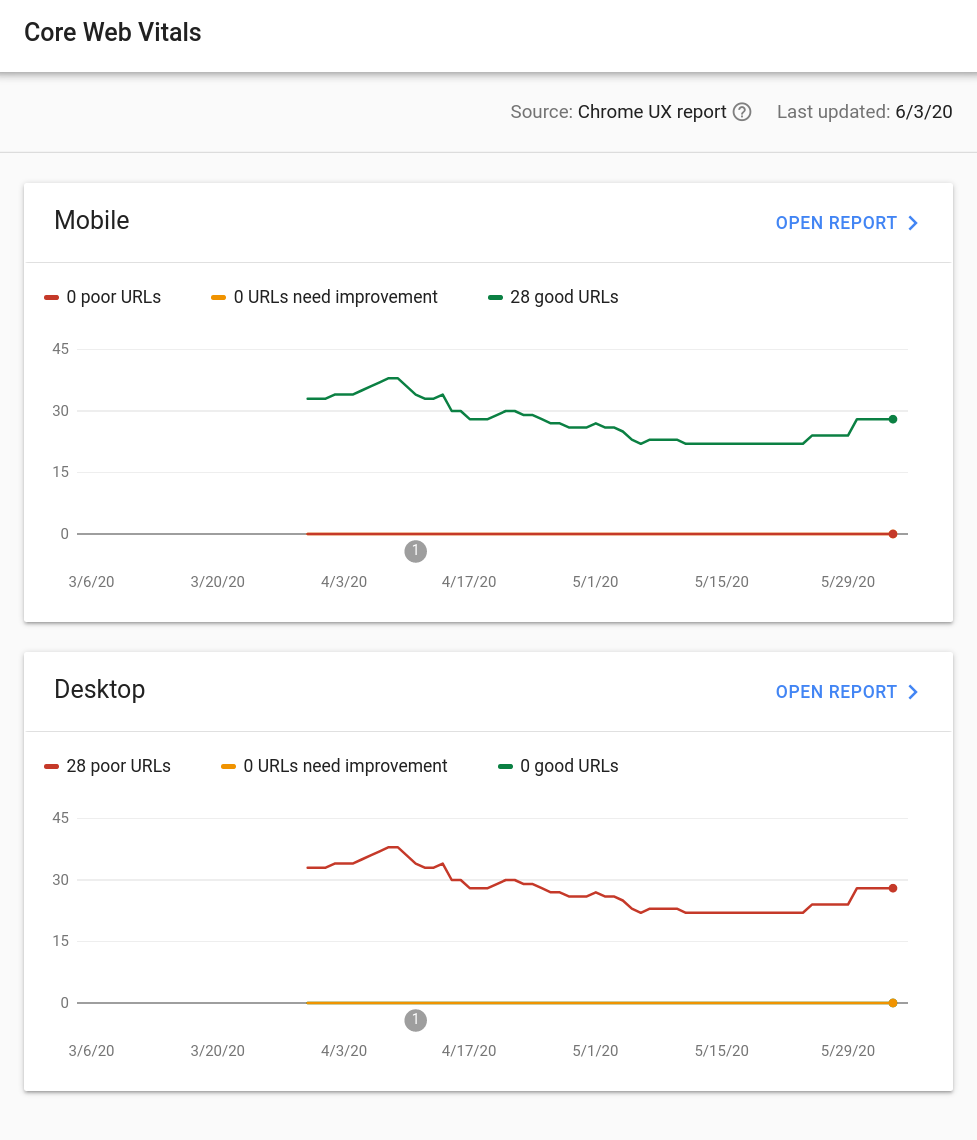 Some months ago, I noticed a difference between the Core and Condensed editions in the way the Will skill is described. I would like to know whether this is an intentional change between editions (or ‘editions’ – whatever you call the subtle variations in the crunch between the books), or whether all the functions attributed to Will in Core are to still be attributed to it in Condensed; and, if it’s the former, which Skill(s) should take over those functions.

To be more specific, Core’s description of Will includes the following:

You can use Will to pit yourself against obstacles that require mental effort. Puzzles and riddles can fall under this category, as well as any mentally absorbing task, like deciphering a code. Use Will when it’s only a matter of time before you overcome the mental challenge, and Lore if it takes something more than brute mental force to get past it. Many of the obstacles that you go up against with Will might be made part of challenges, to reflect the effort involved.

Contests of Will might reflect particularly challenging games, like chess, or competing in a hard set of exams. In settings where magic or psychic abilities are common, contests of Will are popular occurrences.

In contrast, Condensed’s description of Will doesn’t even hint at anything like that, instead portraying Will is a pretty much exclusively reactive, not proactive, Skill (in fact the only one in the list that is like that):

Will: Mental fortitude, the ability to overcome temptation and to withstand trauma. Will stunts let you ignore mental consequences, withstand the mental agony of strange powers, and hold steady against enemies who provoke you. In addition, a high Will rating gives you more mental stress or consequence slots (page 12).

I suspect this language is in $ \overline{RE\cup coRE}$ but I can’t prove it. (I Tried using reduction but no help).

The HTML block in Gutenberg can be given styles like so: 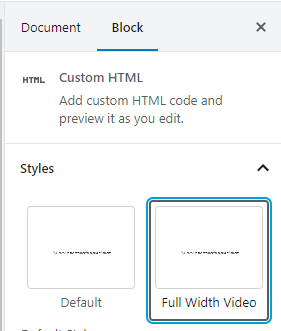 To compare, I also applied that style to the core/preformatted. I selected it for both blocks on a post.

However, the class does not get added to the Custom HTML block:

I believe it is one of the “supports” options that prevents the styles from being applied but I am not sure how to edit that for a core block.

Anyone know how I can add support for styles on the core HTML block?

A few years back, I read an RPG which used the core dice mechanic of rolling a number of d10s, then arranging the dice into sets, such that the dice in each set added up to no more than a specified limit. Both the number of sets and the number of dice in each set were involved in determining the final result, but I’m pretty sure the actual numbers on the dice and their sum were not relevant aside from limiting which dice could be grouped together.

Many/most of the examples of using the dice mechanic were framed in a context of combat, emphasizing that several groups of only two dice each would represent a flurry of multiple quick, weak strikes, while a single group of, say, six dice is a single, powerful blow.

I know that “roll a bunch of d10s and group them” might sound like ORE, but this system was definitely not ORE. In ORE, the grouping is dictated by which dice roll the same number as each other, while in the system I’m trying to remember, the player chooses how they wish to group the dice and, in the case of opposed rolls, the rolling and grouping are done in secret, creating a strategic element of trying to guess how the other person will choose to group their dice (lots of small groups, one big group, or a mix of small and large) so that you can group yours in the most effective way to counter them.

I’m running a game in fate core, using the default skill list. My players want to know which situations and types of actions will call for a deceive check as opposed to a rapport check. How can I understand this different better myself, and convey it to my players?

An example in their words, not specific to our campaign:

If the Countess of Lyndham has cooked us all dinner and it’s awful, is saying it tastes good a deceive or a rapport check?

My players rightly point out that making a compelling argument and making a misleading argument is a fine line to tread. And I’ve had trouble so far in this campaign with a player who keeps trying to manipulate people by telling a curated version of the truth and gets upset when I call for a deceive check instead of a rapport check (which he has at +4).