In Curse of Strahd, in Amber Temple,

For some of these spells, clearly a spell save DC isn’t relevant, such as:

but for others, it is, such as:

but it doesn’t seem to mention anything about a spell save DC for these spells anywhere, either in each specific dark gift’s description nor in the general information about dark gifts in the sidebar on p. 191.

Am I missing something, or is there another way to determine what these spell save DCs should be?

When I wrote the following codes as

then I get dark color on codes as following 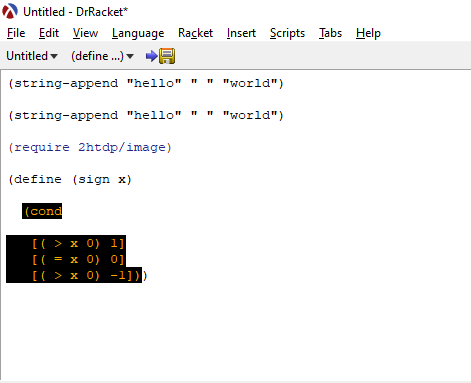 Why did I get it? Can you explain it? Thanks

Note: I’m new here if the tag is false, then can you edit? And can you help with tags?

The shadow sorcerer feature at 1st level known as Eyes of the Dark reads: From 1st level, you have darkvision with a range of 120 feet.

I have heard that the warlock’s Devil’s sight provides a similar effect that negates sunlight sensitvity, would this also apply to the shadow sorcerer?

What are the dark powers in Ravenloft?

I’m not asking for a list, but rather a description of these entities.

I love John Harper’s Blades in the Dark, and some friends and I are going to be running some one-shot games at an upcoming convention.

But, a lot of the things that make Blades so cool is how nicely it ties in long-term consequences and developments. You can start long-term projects; you have ongoing relationships with different factions; you have complications and entanglements from earlier events catching up with you now…

Even the most basic mechanic, Stress, isn’t a big deal if you start out with zero Stress, and aren’t likely to reach Trauma in the space of a single session.

I’m fine with having loose ends, or doing a “Previously on Blades!” schtick where I fill in some imaginary backstory and some existing complications.

Are there any adjustments that I should make, in order to give the full “feel” of the game, and its panache for long-term consequences, in the space of a single session?

In the case of animated objects, is there any reason a Harbinger wouldn’t be able to use Dark Claim? Party members trying to claim that since animated objects are not sentient I cannot claim them.

I’m looking at systems for my next campaign. Currently I really like the look of Blades in the Dark however I have one concern before I invest in buying the rulebook.

Every review of the system I have read talks about how great the setting of Duskvol is and how much of the world building is done for you. It also seems that some of the playbooks and factions are heavily tied to the setting. Particularly the ghosts seem integral to the system.

Ideally I wanted to use this system in a homebrew city within my own world that I currently use to run a pathfinder game. My setting wouldn’t have ghost and would likely be a lower technology level than the default setting.

How well does Blades in the Dark adapt to a custom setting?

Are there any mechanical consequences in the game for characters without darkvision when moving and taking actions in a completely dark environment (such as a pitch black forest)?

Are there penalties for moving in the dark when you cannot see?

Is it, for example, possible to use a weapon to shoot at a character standing in light if you are in darkness yourself, or would you suffer from not having light to see the path you are walking, load your weapon etc.?

I was thinking of trying running a one shot for Mage taking place in China during 13th century however I seem unable to find any supplement describing mages that were at China. I do not wish to use the modern sphere system unless I have to. So what I want to ask is are there any supplements to dark ages that describe chinese mages with pillars and such during dark ages?

What named creatures or beings would fit thematically as patrons of a Dark Pact warlock? By “named”, I mean a being that exists in some lore (primarily but not necessarily limited to Forgotten Realms lore).

The only example I have seen is in the Dragon Magazine #381, where it lists (on page 48) a creature called Yorgrix, Weaver of the Poison Web, which is a demonweb spider living in the Underdark.

Before almost an entire page about that patron, it more broadly references this (also on page 48):

Whether drow, dark spirit, or creatures of terror, dark patrons lurk in the hidden places of the world.
Common Patrons: Demons (especially servants to Lolth), purple dragons, and legendary dark spirits of the Underdark such as Yorgrix

So possible named patrons would presumably include any known Demon Lord (or any named demon), and any named purple dragon, but “legendary dark spirits” is a bit more vague…

The sentence above that mentions “drow, dark spirit, or creature of terror”, so does that mean a drow mage would make an appropriate patron, kind of like a Sorcerer-King Pact (as I understand it)? This is more of a secondary question, though; my main question is about named beings that would work as patrons for a Dark Pact warlock.

Are there any other named examples throughout 4e source material? These “legendary dark spirits” are of primary interest to me, I’m not really interested in gathering lists of named demons or purple dragons (that sounds easier to simply Google, but expanding on what these “dark spirits” are is something I feel would benefit from 4e expertise; note that I only have knowledge of 5e).