I’m building a site that will use youtubeAPI to keep track of playlist changes. In order for 3rd party to use it I would supply a dialog box in which user would type his/hers playlistID – this would be read and then put as an argument into bash script that in turn runs curl/python scripts to connect with API (ran on my machine) and another bash script that would mkdirs on my disk.

Does this potentially endanger me/my files somehow ? Can someone input some magic command that would do “rm * -f” or similar malicious endeavor ? Should I use some external server instead of my machine ?

I have three databases in an Azure SQL DB Managed Instance. I am using SSMS 18.4. One database I can right-click, choose Properties, and the dialog box comes up normally. The other two databases give me the following error.

I have spent a couple of hours Googling with no results. Anyone have any ideas?

when using chrome, can a maliciously designed or temporarily compromised website that has a file upload dialog box, when selecting a file to upload on such a website, and pasting, for instance, an image from a website as the file (does this use edge?) somehow impact the explorer.exe process or windows filesystem? can this access be contained within edge’s browser cache or can it go further?

These days it’s common for modal dialogs to also reduce the brightness of the background content, to make it clear that it can’t be interacted with. This is especially common on the web.

What is the name of the darkening behind the modal?

Since I’ve never known the standard name, I have resorted to a slightly silly name: sneezeguard.

I’ve created a new custom edit form for a document library in SharePoint designer. “Launch forms in a dialog?” option in advanced settings is set to “yes”, however, it does not affect anything. The form always shows as page. Out-of-box Edit form for a customized document type always pops up as a dialog, however, all other forms, including out-of-box forms for customized link to a document and document set, always appear as page. Please help. Is there a way to specify page appearance on the page definition?

I’m on Mint v19.2 Cinnamon in case it is relevant. I am using Nemo (fork of Nautilus) as my file manager, which is the default for Cinnamon.

I am curious if anyone knows:

A) a way to restrict the selectable user/group options in the ownership the dialog to something less wieldly to use such as root + non-service accounts, range of user / group id, some configurable list. I’m looking more for configurations I may not be aware of / that aren’t documented or alternate linux file explorers which may provide this ability.

I only have 4 real users (uid > 1000) and a handful of groups. So 99.99% of the time, being able to quickly select one of these from GUI would be fine. I think I could live with dropping to terminal for the 0.01% of the time when I am not dealing with root/normal accounts (which I don’t think I have EVER had to thus far) 🙂

I am aware that I could create aliases and just drop to the terminal… looking for a way to do this more easily without having to drop to terminal all the time. 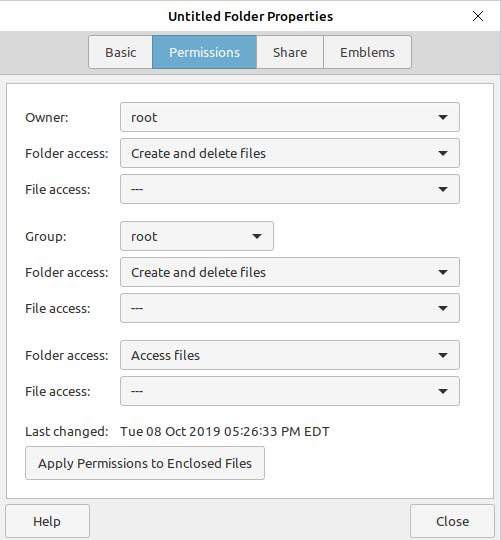 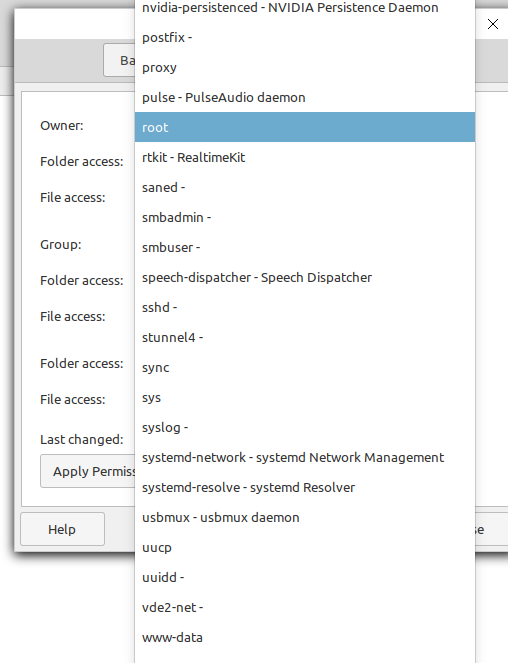 I wonder how is it considered from UI experience, to show users a loading indicator however, in a modal dialog? Is it considered fine practice? e.g. such as this https://www.google.com/search?q=loading+modal&source=lnms&tbm=isch&sa=X&ved=0ahUKEwjN5vmCuYjlAhXGJpoKHVSEBi4Q_AUIEigB&biw=1366&bih=635#imgrc=hy5m5qBCdnA2-M:

It has some technical benefits with synchronization because user can’t make multiple requests, but won’t dive here.

I am migrating a sharepoint solution from Sharepoint 2010 to 2013, and so far everything works, but I’m stuck at one specific problem. In some lists, the user has the possibility to open an editor for a list item. This opens a modal dialog with some inputfields and some buttons. The masterpage is not shown in these dialogs, but that is how it’s supposed to be, so no problem so far. There is however one aspx page that contains more than one asp panel, and in this modal dialog the master page layout is visible. I am not allowed to post any of my code but the general structure of these layout pages is:

I don’t expect anyone to solve my specific problem, but I’m out of ideas where to look for the issue.

I am using the default master page by the way, so I added no custom code to the masterpage.

I’m using Sharepoint Online, and in the advanced list settings I have “Launch forms in a dialog?” option set to no. However in the (Modern) list view it continues to open item details and editing in the slide out modal.

How/Can I force item details to redirect to a page instead of opening a model in the modern list view?

I am developing something similar to task app. For new task screen there is two approaches to go with

The thing I cannot understand is Why give priority to bottom sheet approach? What so user friendly about it? If you see Todoist new task screen, buttons are small and tightly packed, yes it have natural language understanding capabilities, so you could type things in text.