I wonder how you would implement wet and dirty materials or material overlays that you can clean like in PowerWash Simulator.

I am attempting to escalate privileges on a CTF Ubuntu box but I am afraid to run dirty cow due to possible crash is this kernel version vulnerable to the exploit:

The Ubuntu version is Ubuntu 14.04

Dirty cow documentation shows Ubuntu 14 versions < 3.13.0-100.147 are vulnerable although I am confused as to if this version is vulnerable and want to be somewhat positive before running it on the CTF / CapturetheFlag machine.

I have a melee druid I plan on playing specifically in wild shape form. I have tailored my hero to specifically be a specialist of grappling. My current/future feats include:

Was just hoping I could get some clarity on the feat Dirty Fighting. I have Improved Unarmed Strike (IUS) at the moment andImproved Grapple. Should I retrain IUS?

How can I make this code faster? the string can contain characters such as “, .?#” and possibly others.

We have a team of one active developer and two occasional ones. We are setting up a new project and after reading https://nvie.com/posts/a-successful-git-branching-model I was seduced by the idea of keeping only master and develop branches in the remote git repository and all feature-* branches locally to keep a clean remote.

The manager wants developers to push commits in the remote daily to not lose code even if the state of the code is dirty or in work in progress. It looks incompatible with the previous link flow.

Pushing commits daily in the remote will certainly pollute it with meaningless commits. After some days, we will have several commits with more or less the same title which will just be some sort of backup of the code.

I thought about a way to amend remote commits to keep only one remote work in progress commit but it does not look possible or not advised. I also thought about pushing with force option the branch so I can amend locally and push my branch to the remote. I am not sure if it is something advised.

Is there a proper way to push the code to the remote daily without creating several commits and potentially pollute the remote repository?

I got Sony m4 aqua with locked bootloader, android 6.01 and july 1 2016 security patch, no DM verity…
I would like to freeze few factory apps via adb’s pm disable command (or any other way possible).
I’ve tried to run “su pm disable package.name” but the su command is not recognized for some reason. I am Linux noob but I got android studio with SDK and NDK installed on lubuntu machine (got it also on win7 machine).
Can someone explain me the steps to take in order to gain root shell access with DirtyCow exploit (or any other way) to be able to freeze apps?

I got a brand new HDD, formatted in exFAT, I was moving folders to it and it happened that something got corrupted when I opened more threads to copy files there.

I know the directory that faulted (it got stucked, maybe for hundred thousands files in it). I tried to remove it (was moved on .Trash folder on mac).

But could not erase files. So I unplugged the HDD, thinking no process was running.

I see that it goes through the long list of files listed in the ./Thrashes/

folder of the external HDD

I wonder if I could do:

to remove all files in thrash, and run again fsck to make the process faster.

Or is it better to avoid and let fsck complete, since file system is dirty ?

Does it mean is an error, or simply an information ?

You can se my blog with best dirty jokes for the moment here https://jokedirty.blogspot.com/2019/01/10-dirty-jokes-with-photo.html

I’ve got a motorola g4. Bootloader unlocked, twrp installed, lineageos installed, opengapps installed, non-rooted. Been using it for about a year.

I want to keep my current data/apps (including some enduser google apps like their pdf viewer) as much as possible and migrate to microg, removing only the “core” google stuff a user doesn’t generally care about directly that will be replaced by microg. So, I’m following the dirty install process.

I have none of the listed apps installed.

I have tried removing opengapps, but it doesn’t seem to work. Using the aroma installer to choose settings until the config at the end is “Include” with no apps listed, some google apps are still installed (notably, the play store) after rebooting. The opengapps installer process also mentions removing existing/obsolete apps for only a short time, then moves to the next step “installing gapps” which takes a long time. This seems to contradict the settings I gave it, namely to leave none installed, but is consistent with the fact that they don’t seem to get uninstalled.

I have also flashed https://github.com/CHEF-KOCH/Remove-Gapps to try to get rid of them but some gapps (like the play store) still survive.

After any combination of attempts to follow the instructions and remove the gapps, I flash the key migration zip followed by the lineage-microg zip for my device (athene). I also make sure to wipe the dalvik and cache partitions before rebooting.

After all this, every time I reboot, my system is almost exactly like it was before I did anything: google services installed (though the play store does not actually work, it’s still there), the microg settings app is not installed, etc. A few things are broken (some notifications of apps crashing) but overall nothing noteworthy has happened.

I’ve resorted to even wiping /system before a migration attempt, but even this achieves nothing.

I got a partial success once by manually going through /system/app, /system/priv-app, and /data/app and removing anything that looked google-y, then performing the migration. Upon rebooting, the microg settings app was present and the self-check section looked like it should look on a clean install, but the play store was still present. I don’t know to what extent this migration was a success.

I’m not familiar with the android/google ecosystem’s insides and app politics, just the userland, so when I’m manually going around deleting files I have little knowledge of what I’m doing, so I don’t consider this attempt a success.

Now that all the info has been laid out, could someone please help me cleanly perform the migration to lineage-microg, without excessive butchering of my system or leaving things that should not be left? Why does the dirty install procedure laid out by the lineage-microg team fail? Why do the gapps removal tools fail? What exactly is necessary to correctly and cleanly migrate lineage to lineage-microg?

In Russia, it is prohibited to drive a dirty car. I read this on the website of the Dutch motorist association, which is a quite reliable source. It is also reported by BBC News.

I’ve never been to Russia but I believe there’s still plenty of long distance dirt roads, in particular in the east such as the Baikal highway between Красноярск (Krasnoyarsk) and Иркутск (Irkutsk):

Or this street in Слюдя́нка (Slyudyanka) in the same region: 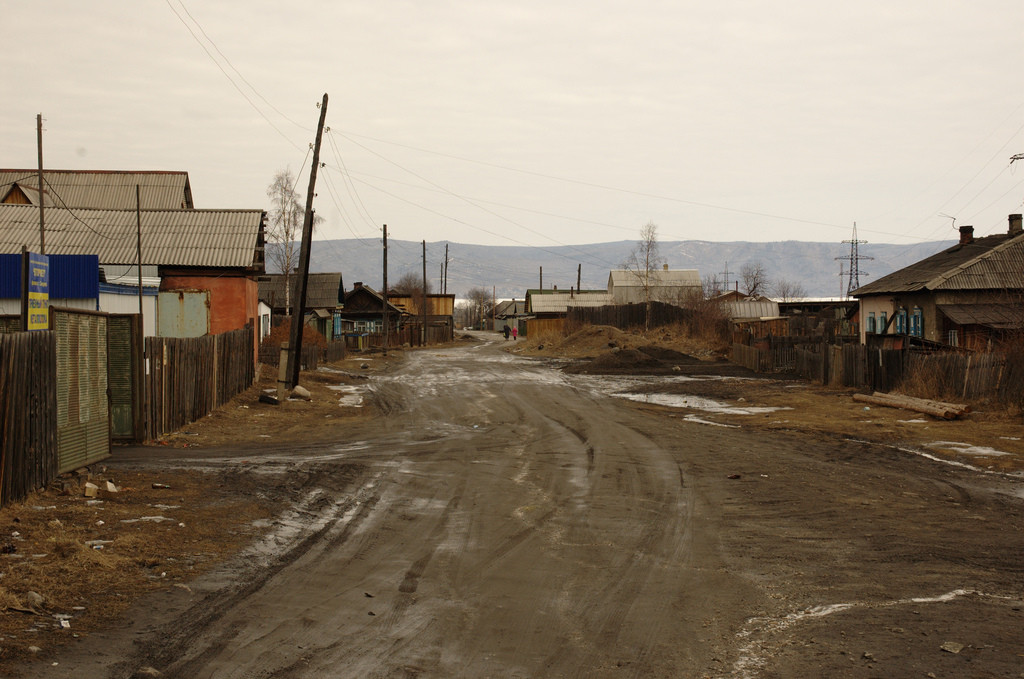 With such roads and streets being still quite common in many parts of Russia, I was surprised to see that there is a prohibition against driving a dirty car. Is it enforced at all?