Bonus: Give a list of other NP-complete problems (other than 3SAT, where you evaluate a formula that either outputs $ 0$ or $ 1$ depending on the set of binary variables being passed into it), where evaluating an analogous instance outputs $ 0$ if it satisfies some objective related to the problem and $ 1$ otherwise.

Disclaimer:
First time poster here. I hope the question is fine, but please notify me in the comments or edit if sth is wrong with my question

The problem I’m facing is that my if-statement isn’t evaluating, regardless of both the condition and both values evaluating correctly in Mathematica 9.0:

Where A is a square-matrix. The basic idea is to get a value based on a whether A is nilpotent. The output I get is

Thanks captain obvious. Why don’t I get 3, as expected?

In the IT Security team where I work, we currently use the Standarized Information Gathering or SIG tool to evaluate IT security posture of prospective 3rd party vendors. What I like about the SIG is the questions are standarized and depending on responses, only relevant follow up questions are asked.

At very small vendors though that may not have a dedicated IT or IT security function, a lot of the SIG questions may not apply. Currently, we are evaluating a smaller vendor providing a niche service and we are not comfortable with giving due diligence sign off due to the very limited responses provided on SIG questionnaire completed by such vendor. A lot of the controls and best practices on the SIG simply are not applicable due to vendor size. Furthermore, vendor will have remote access to our company infrastructure.

Question: what alternative approaches are viable for risk assessment of very small vendors in which market size is also small and competitors are of approximately same size, so switching vendors is not feasible?

I don’t really understand area of CS that is closely related to the problem, could anyone give a hint?

I’m using “Section” autonumbering in a notebook that contains text and calculations. Normally my “Section” style numbering looks like:

After evaluating the notebook the “Section” style numbering looks like:

the command returns zero even though prior to executing the command I initiated 3 “Section” command. I get the same type of failure if I use the default stylesheet and the “ItemNumbered” style.

If I exit Mathematica and reopen it all the sections are numbered correctly. Also if I open another notebook it autonumbers correctly. The problem is localized to any notebook that has been evaluated with the notebook evaluation command.

This problem doesn’t happen with 11.3, only 12.0. Anyone know how to correct the problem in the evaluated notebook?

I’m trying to evaluate the time complexity of the following :

my attempt was to produce a recurrence relation broken into cases:

Please excuse any faux pas, this is my first time posting here so I’ll try to be as clear as possible.

I’m hoping to get some feedback on this warlock subclass; The Murderous Celestial

I’m the DM of a 5e DND game. One of my players is a Neutral-Good warlock who is going to soon run into their patron. In the likely event that these players will not want to go along with the patrons’ plans and instead choose to stop them, I’m planning on the player losing their warlock abilities (The player and I discussed this possibility at the beginning of the campaign). He currently has an Archfey Pact and I had a recent conversation about why he chose it and he said he has no real attachment to his pact type, rather he quite likes the story potential of an Archfey.

At this particular junction in the story, the god of murder Bhaal is quite invested in stopping the patrons’ plans. With this in mind and seeing a potential pawn to help him in his goal to defeat the patron, Bhaal will offer a pact with the player – Help thwart the patron and receive powers from Bhaal. In anticipation of this, I’ve build the above homebrew subclass.

Theme Behind The Subclass

The theme this subclass is invoking is one of subterfuge, assassination and sowing fear.

I picture a lot of the abilities within this subclass are designed to get the character past whatever defences their target may have before trapping their quarry and completing the assassination.

The expanded spell list continues the above theme, with spells such as Disguise Self / Mislead and Locate Creature enabling the assassin to find their target. Spells such as Silence, Phantasmal Killer and Bestow Curse allow the assassin to control their target when actually engaging. Finally, the spells Hallow, Misllead and Disguise Self come into play when trying to escape capture.

Dodgy name but this allows the user to spend a number of D4 out of a total pool to ignore damage. The pool is regenerated after each long rest.

I chose this ability as I believe pushing themselves to ignore the pain in order to complete their kill is quite thematic to Bhaal. I’m a little concerned about the ability for this to negate a lot of small arm damage.

This is my favourite feature.

Knowing my players, I believe actually completing a ritualistic sacrifice is going to be a tough ask but should Bhaal requires sacrifices. Should the players complete the sacrifice they’ll gain a pretty great boon. The additional D6 could get out of hand as it is tied to class level but I’m hoping to make this something worth crossing the moral boundary for.

Unchanged from the fiend pact

I like the idea of the pact sowing fear and evil to the players’ allies, even against their will. Embalming Presence is simply to allow the player to have a bit of agency each time they rest and to be reminded that their patron is an evil bad guy.

Potentially quite powerful but very specific in its’ use.

I’m assuming Bhaal is a huge fan of when killing is done in his name. This is my attempt at creating a thematic extension of that. Note that the this can still be triggered and the creature wont die due to resistances / or any immunity.

This has a very powerful and thematic synergy with the dice made available via Sacrificial Virtue.

This spells from this class are mostly utility and support with the real damage coming from Deaths Inevitable Embrace and Sacrificial Virtue.

I would like to know however if this is enough, or perhaps too much? How does this stack with other pacts?

while I was reading papers about continual learning, I found that many researchers use permutated MNIST to evaluate their approach.

It is not clear to me. why?

What I understand is that they were trying to introduce noise(by applying random permutation to the image) but the permutated images are very noisy which cannot be recognised even by a human. 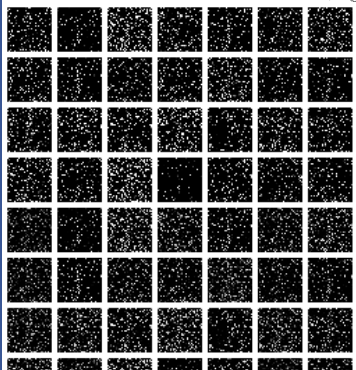