I am trying to make a RPG game in IOS, with a similar dialogue system in Baldurs Gate. I have created two arrays in a plist file. Like this:

As you can see I have two arrays: PlayerMessage; a list (it will be) of multiple choices that the player can touch and NPCMessages; the text that is displayed when the PlayerMessage is touched

I am at the stage where I can touch on the NPC and see a black box with text from array (PlayerMessage). However I do not know how to tell Swift, if a player touches the string of the Item in PlayerMessage and if same item exist in NPC Message display the string of that item.

Here is the code that I have used:

What are the spells that exist in the Player’s Handbook of D&D 5e but that didn’t exist in D&D 3.5?

I’m not so much interested in renamed/merged spells but in spells with wholly new effects.

In Tasha’s Cauldron of Everything, the Magic Tattoo is introduced as a type of magic item with a number of different options.

Do magic tattoos exist in past editions of D&D? If so, which magic tattoos have direct comparables to the ones in the new sourcebook?

but I get this plot 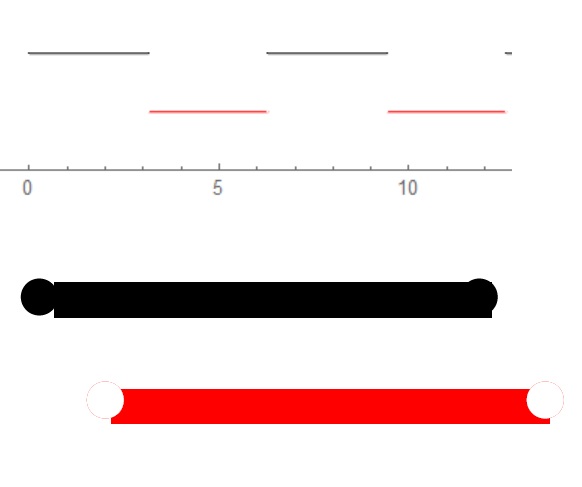 As can be seen, those circles still exist (cf. magnified part). How can I get rid of these circles and have only line segments?

In my answer to this question, I used the fact that Rope Trick states

…an Invisible entrance opens to an extradimensional space that lasts until the spell ends.

Anything inside the extradimensional space drops out when the spell ends

implies that the space ceases to exist when the spell ends. But this is different from similar destruction of bigger-on-the-inside spaces, such as the Bag of Holding:

If the bag is overloaded, pierced, or torn, it ruptures and is destroyed, and its contents are scattered in the Astral Plane.

So… Does the space get created and cease to exist when the spell ends, or is it the entrance?

Dungeons and Dragons has defined many fantastic and interesting metals (mythril, adamantine…) and leathers (dragon scales, Leather golem armour…). The lore also likes to call out food and drink as local specialty trade goods (Knucklehead Trout in Icewind Dale, or Crumblecake in Red Larch). It seems, however, that there are very few signature fabrics, like fancy silks or wools. I am not specifically looking for magical items or special effects, or any real game effect at all really.

What high end, fantastical materials for clothing exist in the lore of the Forgotten Realms?

I am currently running a game for a player who plays a weaver, and is looking for an interesting material to weave into a scarf for purely RP reasons. I can easily handwave Giant Spider Silk or Unicorn Hair, but I would be very interested to know about actual in-lore materials. The party is currently near Yartar, which has a bustling fashion and textile industry, so I can handwave that VERY exotic materials are imported at high cost, or sold on the black market.

In Changeling the Lost: Second Edition, it is said that a Huntsman’s heart resides within a Bastion. It even specifies that

the heart can found within the tempestuous mortal Bastion

So, the Bastion is one of a mortal dreamer. It is also said that

A Bastion only exists for the span of a single dream. When the dreamer wakes, whether naturally or because a paradigm shift jarred them awake, the Bastion crumbles and disappears

What happens when the Bastion containing the Huntsman’s heart crumbles? Does it destroy the heart, which implies that a Huntsman only exist for the span of a single dream? That would seem to contradict the "Wild Hunt" paragraph

so long as their heart beats in their stolen Bastion, they reform somewhere in the Hedge within a month’s time to start again. And even when the heart itself is destroyed and the Huntsman is no more, the animating Title’s fire flits back to the Keeper whence it came

It seems clear that the designers intended for the Huntsman’s existence to last longer than a dream, but the rules don’t seem to support that.

Does the True Fae move the heart to a different Bastion every night? That would seem very… tedious to do for one of the Gentry. It doesn’t really make sense to me.

So, how can a Huntsman exist for longer than a single dream?

Wizards’ spellbooks and artificer "magic" are explicitly called out as being reflavorable–that is, as long as everything has the same numbers, a "spellbook" doesn’t need to be a book, and artificer "spells" don’t need to look like classic magic spells. I think I remember seeing some passage about being allowed to reflavor spells in general, such as learning magic missile but casting it by creating a floating skull that spews spooky blobs of pain (as long as the skull doesn’t do anything other than deal 1d4+1 force damage three times), but I skimmed the magic section of the PHB and couldn’t find it.

Spellcasting focuses and musical instruments are also given as open lists, including some example items and their prices/weights, but stating that, for example, an arcane focus can be "some similar item". What exactly this means for a character’s gold pouch and carrying capacity is unclear, but it is another example of something that explicitly allows players to–as long as they don’t receive any gameplay benefit–reflavor things to their tastes.

Are there any other rules like this, be they specific to a certain racial trait or class feature, or a more general "hey you’re allowed to change things up as long as they don’t affect gameplay"? I know that the DMG has guidelines for all sorts of alterations that you can make, but that seems like more of a soft suggestion than something that’s definitively legal. This question isn’t meant to be AL-specific, but using it as an example since it is an environment where DMs generally can’t just go "oh I like that idea sure you can do it"… Could an AL player have a Medium-sized non-venomous drider who’s bad at climbing by playing a drow and simply saying that their character is a drider*? Or could an AL player make a barbarian fight not by entering a primal rage, but by consuming a can of vitamin-rich spinach? Or, things in that vein that are related to some specific other race/racial trait or class/class feature?

*Actually, I just checked the AL rules and they say there that you can reskin races, so maybe AL isn’t the best example situation here. In general, I just mean "some setting where houserules and homebrew aren’t allowed."

Do pocket watches exist, how much do they cost and how much do they weigh in d&d in the worlds of classic fantasy? Like Faerûn, Dragonlance, or Greyhawk? I am interested in the ability to track time up to a minute.

I have found the following comment of Ed Greenwood on sageadvice, according to which the wealthy merchants, nobles and warehousekeepers use pocket watches most often in the Realms, and that it is customary to wear watches on a chain around the neck, not on the wrist. But I could not find the recommended price and weight for a pocket watch in the official materials.

Editions from 2nd to 5th are of interest. If you manage to find this information, please mention to which edition the material that contains it belongs, if possible. Thanks.