You can replace any attack roll, saving throw, or ability check made by you or a creature that you can see with one of these foretelling rolls. You must choose to do so before the roll, and you can replace a roll in this way only once per turn.

[…] the three main kinds of d20 rolls, forming the core of the rules of the game.

All three of them consists of a d20 roll and then modifiers are applied to this die roll. The description of Portent is quite foggy: the first sentence suggests that it allows to replace the final result (d20+mods), while the second part of the description mentions the roll, without specifying if it just refers to the d20 roll or to d20+mods.

Is Portent allowing the wizard to replace the final result or just the d20 roll?

This topic is covered in several answers and questions related to Portent working with other rules/aspects of the game: these report some tweets by Jeremy Crawford. On one hand, the Sage Advice Compendium ("Official Ruling" section) states they are not considered official anymore, on the other hand in the very same section is stated that they could be a preview of rulings that will appear here [i.e. in Sage Advice]. Jeremy’s tweet about this issue have not been still included in any version of Sage Advice Compendium, at the best of my knowledge.

Similar to the Rise of Tiamat – Dragon assets [Major spoilers] question, there appears to be a big lack of guidance regarding the final battle

However, without repeating what is said in Episode 9 pp86-87 very little information is given to deliver on the promise given above.

Speaking generically (those who know the module will be able to fill in the specifics), the PCs have the opportunity to acquire “assets” during the adventure that can neutralize the “assets” of their enemies. If they acquire all of the assets then they should have a relatively easy run through to the climactic battle we have all been waiting for. A few encounters with skirmishes between the “assets” of both sides where the PCs can weigh in to tip the balance without draining too many resources and the party gets the idea that they are a small (but vital) part of greater things and away we go.

However, it is more than likely that they will not have been able to acquire all of the “assets” leaving unopposed enemy “assets”. For example:

Obviously, if they totally blow the acquisition of “assets” their chance of reaching the big final scene would be practically zero.

I am conscious that the question I am about to pose steers dangerously close to seeking opinions so I will be very specific.

What strategies can be employed to:

To get you started, I am thinking (embryonicly):

What are the best 5 arcane spells for area denial? The area to be protected is a control panel that can be reached from two adjacent squares; there is also a hallway leading into the room that they will need to travel through that is 10×10 and 40ft long.

Some members of the party have inanely high Saves, especially against spells, so spells that do not require Saves or still have some effect with a Save should be considered stronger than similar spells that do. The party, as most high level organizations do, have easy access to Freedom of Movement.

Directly related to my question about doing it with narrative.

For the given NFA, how do you reduce the number of paths without adding $ \epsilon$ -transitions? 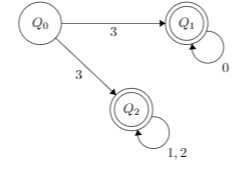 I am currently hosting a group for Dungeons and Dragons. The DM is pushing new players into my home without asking. He claims he has this right because he is the DM. No one else wants to host. What can I do?

From what many remembered as open-world, explorable, side-quest, challenging battles and tactics of many similar RPGS/JPRGs of the 90s to the 2000s even, it now largely seems like the genre — especially referencing to FF series since they are among the "top dogs" of it — have diminished. I get the impression that lots of what made the old games good is lost:

Final Sacrifice (https://2e.aonprd.com/Spells.aspx?ID=689) targets one minion, slains it and does damage to everyone close to it.

Nonlethal Spell (https://2e.aonprd.com/Feats.aspx?ID=1835) can make a spell nonlethal, which means it "knock creatures unconscious instead of kill them".

What would happen to my minion if i cast a nonlethal final sacrifice on it? Would it die or not?

While playing an evocation wizard, I had to make a ruling that did not completely sit with me. He tried to cast a fireball on top of the party and claimed due to Sculpt spells ability, nobody in the party took any damage.

I looked up the definition from rulebook which states this:

Beginning at 2nd Level, you can create pockets of relative safety within the Effects of your Evocation Spells. When you cast an Evocation spell that affects other creatures that you can see, you can choose a number of them equal to 1 + the spell’s level. The chosen creatures automatically succeed on their Saving Throws against the spell, and they take no damage if they would normally take half damage on a successful save.

I interpreted this as simply stating, sculpt spells mean creatures he chose at MOST take half-damage (due to automatically succeeding saving throw) and IF they actually succeed on their saving throws, they will take NO damage.

I felt like otherwise Evocation wizards will have absolutely no qualm in nuking their parties to take out enemies co-located with them with no penalty and with no limited resource. However wizard obviously counter-argued my approach.

Is there some official guidance somewhere I missed on this issue?

Any help shall be highly appreciated.