"You send ribbons of negative energy at one creature you can see within range. Unless the target is undead, it must make a Constitution saving throw, taking 5d12 necrotic damage on a failed save, or half as much damage on a successful one. A target killed by this damage rises up as a zombie at the start of your next turn. The zombie pursues whatever creature it can see that is closest to it. Statistics for the zombie are in the Monster Manual. If you target an undead with this spell, the target doesn’t make a saving throw. Instead, roll 5d12. The target gains half the total as temporary hit points"

It does not specify the creature must be humanoid nor the size of the creature. However, it implies the new zombie’s stats must be in the MM. Can a tarrasque be animated by this spell’s effect?

If you target an undead with this spell, the target doesn’t make a saving throw. Instead, roll 5d12. The target gains half the total as temporary hit points.

This solves the obvious problem of Gargantuan creatures becoming Medium zombies, and I anticipate a size change alone has little implications for balance – correct me if I am wrong.

Potential balancing issues arise in increasing the damage output for Large and larger zombies. I borrowed the language directly from DMG pg. 278 in the section on creating your own monster stat blocks, taking into account the size of the monster. Step 11 of Creating a Monster Stat Block reads:

I don’t think only scaling the damage dice by size would make the spell too much more powerful than it already is, the zombie still has an AC of 8 and 22 hitpoints. What would start to tip the scales out of balance, I think, would be scaling the hit dice according to Step 8 in the same section of the DMG (pg. 276), especially for Gargantuan creatures. Scaling hitpoints in this way gives: Large – 25 (3d10+9), Huge – 28 (3d12+9), and Gargantuan – 40 (3d20+9).

Allowing the spell to scale hitpoints in this way for Gargantuan creatures gives the zombie nearly twice the staying power as the original version of the spell did. I also couldn’t think of a clear way to word it into the spell description. For this reason, I propose only scaling the damage dice for the zombie with the zombie’s size.

Is this buff to Negative Energy Flood still appropriately balanced as a 5th-level spell?

A target killed by this damage rises up as a zombie at the start of your next turn.

Statistics for the zombie are in the Monster Manual.

This seems to imply that the creature killed rises as a zombie with exactly the statistics stated in the Monster Manual.

If I kill a gargantuan (or anything larger than medium) creature with Negative Energy Flood, does it rise as a size medium zombie?

Fighting against a large SYN Flood attack that is happening every 2 minutes repeatedly. 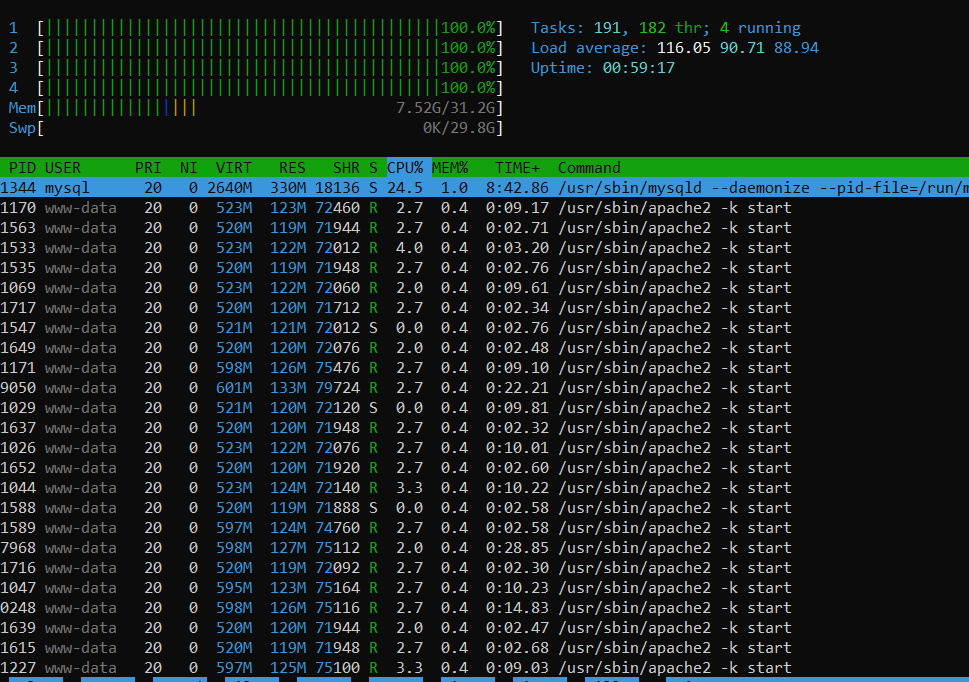 Tried cloudflare firewall, not helping at all CSF in action, seems can’t help

we know the ACK Flood and PSH-ACK Flood are different Flood attack.

I’m flooding comment in my plugin in a reasonable manner:

It will flood comment not more than 5 in a single transaction. Now when I’m using my function for user role ‘author’ it blocks me with:

You are posting comments too quickly. Slow down.

So I took the easiest way of doing this:

But it actually is not working. I tried with priority 9 also. Need your suggestion, how can I deal with this?

However, I still know how to ban it, please help me

in this video the speaker says that windows 7 machines CPU goes to 100% if you send a bunch of RA requests on a network. What would happen to a Windows 10 machine? Would it be the same, worse or would just nothing happen? btw I’m kind of new to this stuff.

My Linux box is flooded with the following error at a very high rate causing journald to go high CPU which causes CPU fan to get into high gear. Strangely, the network still works. Internet is not much help, only found a few irrelevant articles that’s at least several kernels ago. Any ideas on what’s going on?

Here is my box info: