I have ubuntu 18 installed in dual boot on my acer aspire F15 computer.

Since today my computer freezes completely when restarting, approximately 20 seconds after the grub screen to choose OS, typically at the login page. The same happens when booting to windows or to ubuntu from a live usb session.

However, it does NOT freeze when booting to ubuntu in recovery mode.

Any idea what can cause such a freeze and how to solve it ?

I’m following the Ubuntu server guide. I’m trying to learn how to use Aptitude. I recently upgraded my ubuntu desktop from 16.04 to 18.04 LTS.

So I entered aptitude with sudo aptitude, and I marked a package for installation, and pressed g to install. Then this text appeared in the center of the screen: “Trying to fix broken packages…”

Now it’s just stuck there, I can’t do anything, is there any way to fix this? It’s happening for any package I try to install or uninstall. 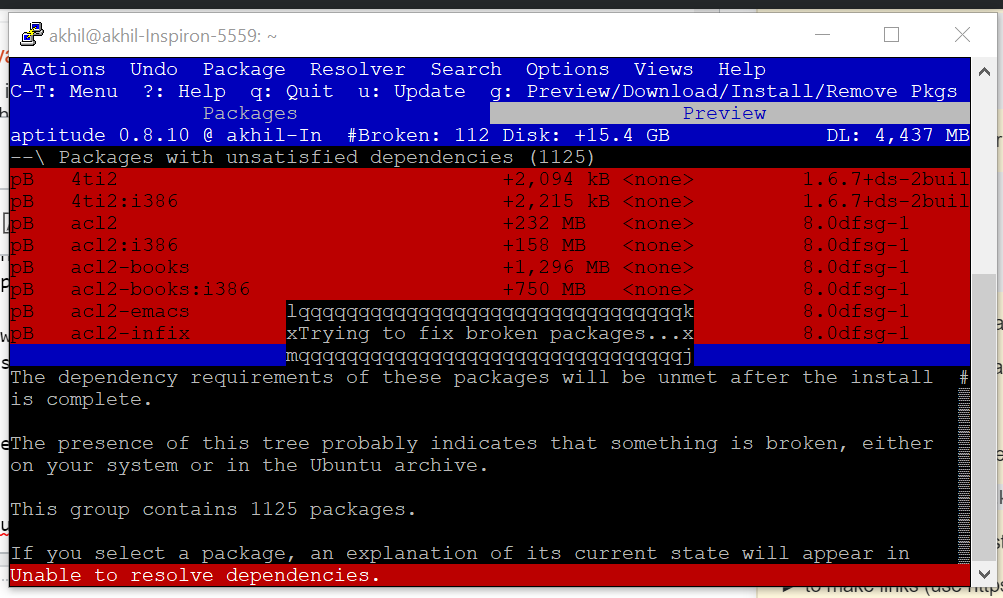 I downloaded yesterday Ubuntu 18.04 LTE. When i click to Settings, Ubuntu is freezing. I have to restart. What can i do?

My computer is Dell Inspiron 7000 Gaming. So it have a Nvidia graphics card. I guess problem is this. I don’t know.

I have my ubuntu installed on vmware and i did not have any issue before. but recently it has been freezing frequently. When i restarted the sytem i got this error. 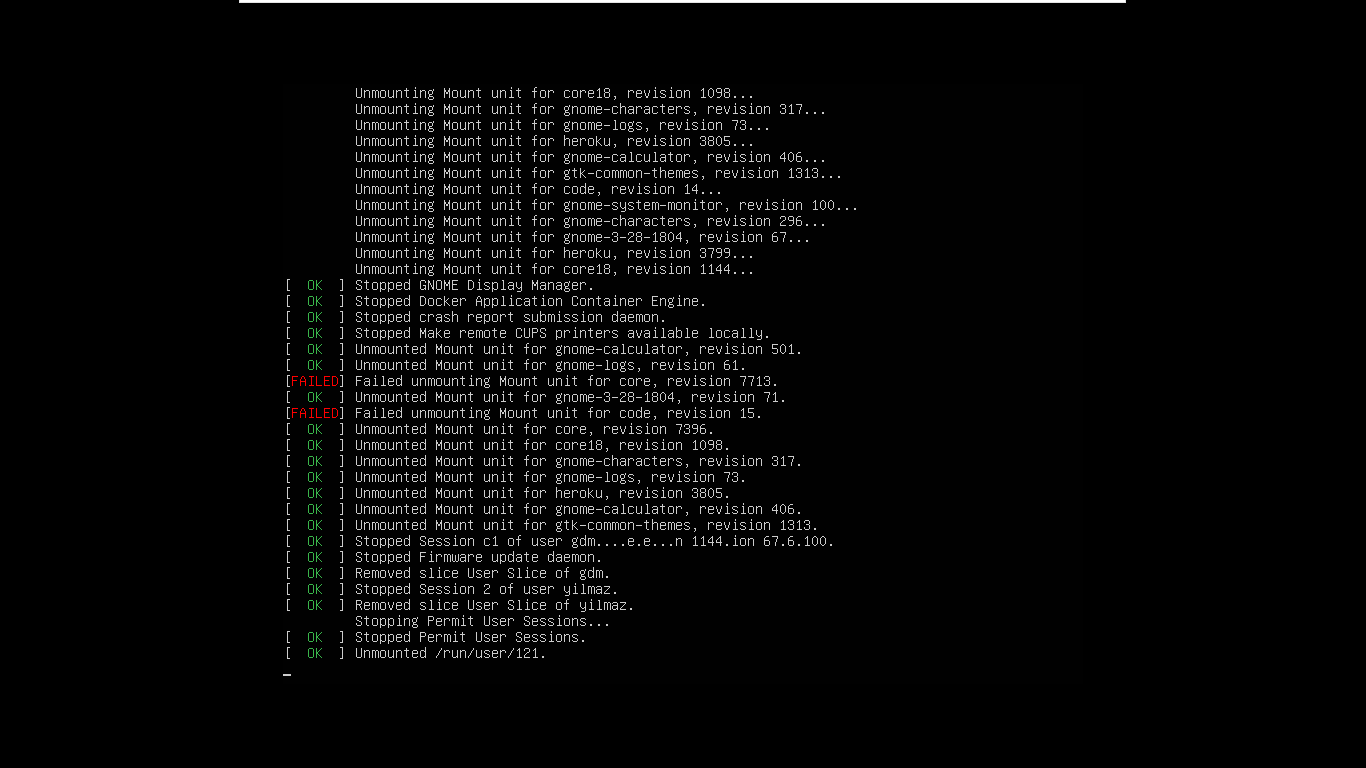 I googled those errors but could not see anything.

The lock screen hard crashes are gone, but I have plenty of other issues instead.

In particular, every time I drag to open the “lock” screen it gets stuck and seems frozen, half way for 30-60 seconds before finally getting into Ubuntu (see image)

Also, whenever I create a new text file and save it for the first time, the GUI freezes completely for 30-60 seconds as well, before going back to normal. The same thing happens when saving a screen shot from the screenshot app, so it seems there is some problem with disk access? However, when saving to an existing file, there is no delay.

Any ideas what could cause these issues or how I can try to debug it?

Basic system info from the “About” tab:

Hi everyone I’m new to using any type of Linux os, I’m a complete noob. I have installed Ubuntu to replace my windows 10 having used the bootable version. (Maybe a bit to soon) I can get on to settings without it freezing, I can’t turn my computer off without it freezing. Any help to solve this problem would be greatly appreciated. I have a Dell inspiron 15 7000 gaming

Ubuntu 18.04 freezing at Purple screen after installing the updates in Dell Vostro 3583 with AMD Radeon graphic card. I tried disabling the graphic card using nomodeset but it shows “ubuntu running in low graphics mode” and stuck there. I even tried to install the latest AMD driver for ubuntu 18.04 and still, it’s not working. Please help me is there any other solution. Thanks in advance.

I keep getting this error when Ubuntu boots ACPI BIOS Error (bug): Failure Creating [\_SB.PCI0.XHC.RHUB.SS10. AE_ALREADY_EXISTS (20181213/dswload2-324 Then if I click on settings or Mozilla it will freeze and I have to reboot the computer. I read somewhere this could be due to my NVIDIA GeForce Drivers. Here are my computer specs: HP Omen Laptop Processor- Intel Core i7-8750H BIOS Version- AMI F.05 Graphics Card- NVIDIA GeForce GTX 1050

If anymore information is needed just let me know

I’ve been using ubuntu 18.04 on my Dell XPS 9360 for about a month. But today it started to freeze (except for the mouse) while I was using it, so I had to restart it using the physical button.

For my surprise it didn’t boot when I restarted, it remained on the dell logo screen without allowing me even to access the bios. After a couple restarts it eventually started Ubuntu (I don’t use dual boot).

I faced the same problem about 5 times during the rest of the day, not always having to restart several times for the system to boot properly. In the cases the laptop froze after a short time, not even 10 minutes.

The hardware diagnostic said that everything is fine, which was as weird given that this randomness made me think it was a hardware problem.

Ps: I’ve seen some people with a similar problem, but related to GPU, which is not my case since my laptop has a integrated intel graphics

Until about a month ago, I had been running Ubuntu 18.04 successfully on my Dell Latitude (7th Gen Intel i7 processor, Kaby Lake, and Intel HD 620 GPU).

However, after a recent update to 18.04, I am experiencing constant freezes, after ive been logged in for 2 to 5 minutes.

I know that the issue is related to my video drivers, because if I edit the grub to ‘nomodeset’, the machine will boot and run (but obviously with very poor video performance).

Ive tried installing the ppa open graphics drivers /oibaf drivers, but that doesnt work either. After installing, I check my drivers to ensure that the box for the oibaf drivers is checked (within ‘other software’ in the drivers app), and restart… and inevitably when I restart, the system is still using the i915 drivers.

(I run ‘lshw -c video’ within terminal to see which video driver is being used, and my system seems to still be using the i915 driver, which is causing the crashes)

Is there anything else I need to do to force Ubuntu to use the PPA drivers?

Hoping one of you fine people can help me out here?