The DMG has a wealth of information on creating or customising monsters, spells, magic items, races, classes, and backgrounds. It seems to have no information whatsoever about feats.

I’ve done some digging, but can’t seem to find any real information about how to properly go about making homebrew feats for 5e.

I’ve read Mike Mearls’ advice in the UA release of feats, and while it’s useful information, it’s all pretty broad advice, with none of the depth or mechanical insights of the DMG content.

Is there a source where I can find information like this?

Page 40 of the DMG suggests that a large quantity of CR 1 enemies has the potential to challenge a 10th-level party that had lost their equipment. That’s an interesting idea, but written kind of vaguely. Like, what the heck is a “large quantity”? Do any of the published materials give more information on the “effective level” that an underequipped (or overequipped) party might amount to?

For example, I’d imagine that at 2nd level, brawlers can find clubs, rangers can throw improvised weapons, and spellcasters tend not to have expensive material components, so a party that gets captured and loses all their gear is at only a moderate disadvantage.

But at 15th level, you’re expected to be pretty decked out in magical gear. If this party gets captured, they’re going to need significantly weaker enemies to fight for a while. But where is a DM even supposed to start to look when considering what encounter level to face them off against?

(It wouldn’t surprise me if there isn’t, like, a table detailing the effective level difference at each level for different percentages of increased/decreased equipment–some classes are affected much more than others, and that would be a lot of information for WotC’s designers to consider in general. But if the rules have any additional suggestions for this kind of thing written somewhere, then I’ll take whatever they’ve got!)

I’d like to give my players’ low-level characters (currently level 2) the odd potion as treasure. The only common potions listed in the DMG are the standard Potion of Healing, and the Potion of Climbing.

How can I tell what are appropriate-level effects for Common potions? Are there any published guidelines? What about for less common potions?

Still being rather new to character-creation, I want to see if the character I create has the appropriate power for its class and level. Are there average damage-per-round per level tables to be found? Maybe per class/role?

Alternatively, if there are no such tables, could estimations be made?

I know that damage-per-round is not the only thing characters can be good at in a campaign, but in this instance I wanted to compare only DPR. I want to identify a fitting role for a character I am creating, and DPR plays a role in this process.

I have a character with the Guild Artisan background. His guild was an Alchemists’ Guild so he is proficient with the alchemist’s tool kit. I mentioned to the DM that I could theoretically chop up monster corpses for use as alchemical raw materials and he said it was a good idea but provided no guidance.

Is there any published material that explains how to do this in 5th edition? Because the last time I saw guidelines, they were in the AD&D Dungeon Master’s Guide.

I’ve been asked to design a component that lists objects on a page. The component needs to be able to display between 3 and 6 numbers of objects in the list. Here’s what I have for 6 objects in a list: 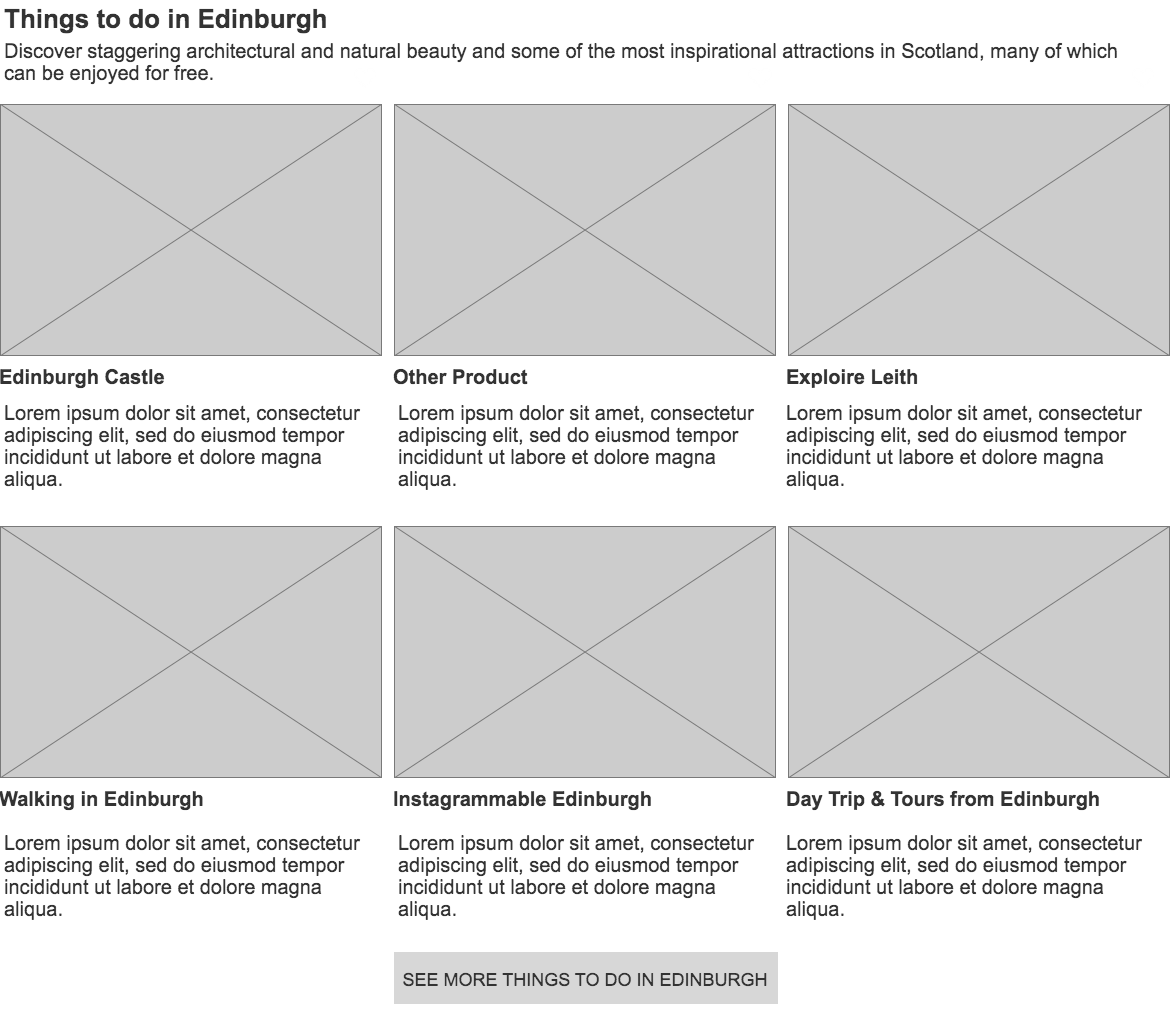 The problem I’m having is that the client has come back to me and asked for how this component would display any number of between 3 an 16 objects and how it behaves on mobile. I thought simply adding more units of repeating things would be enough but the client wants ‘variability’

For example, here’s a design for 14 things: 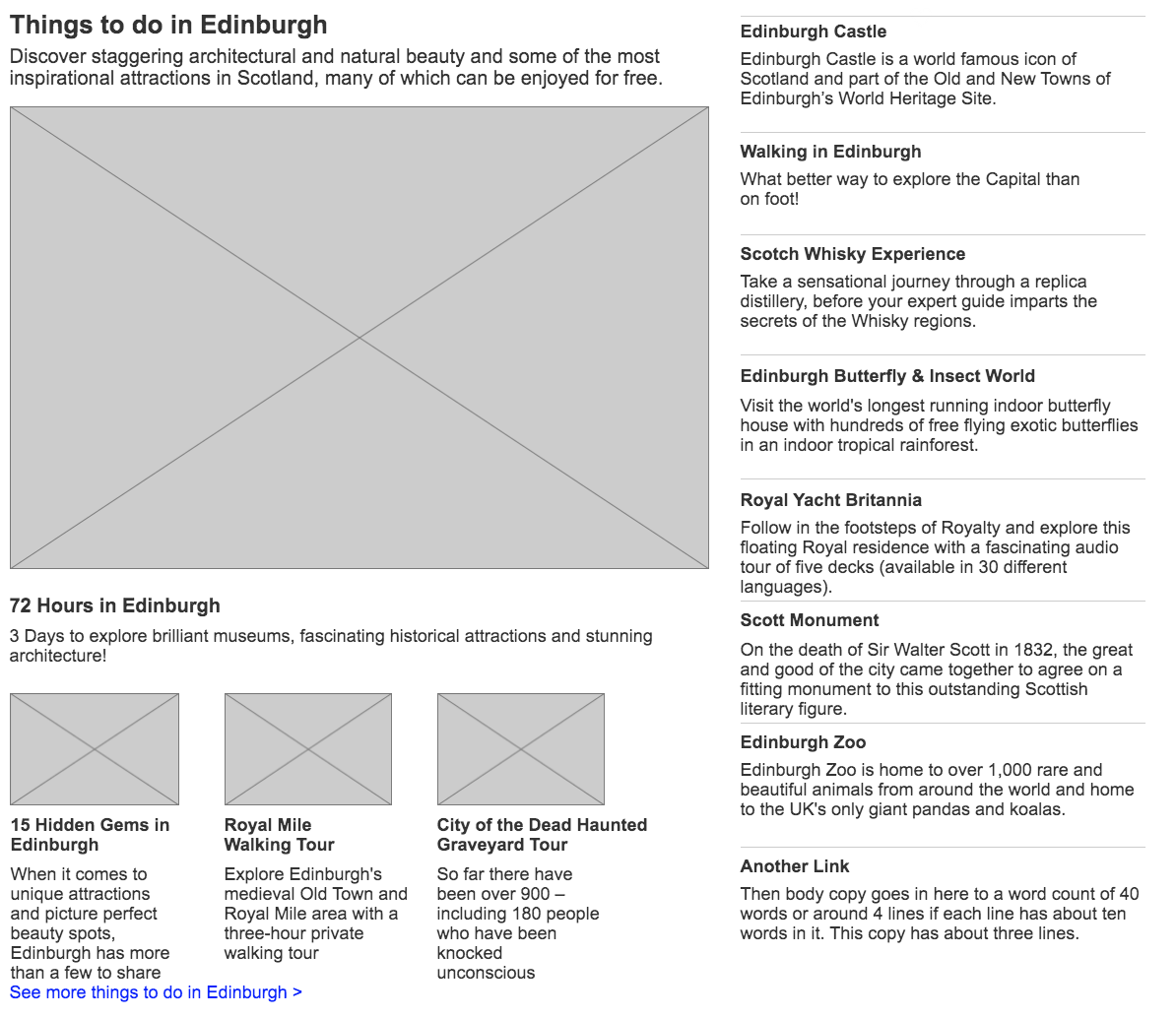 This seems like a UI design issue and not strictly UX. But is there any obvious guidelines I can cite for displaying different numbers of things in a list, visually, and what considerations I have to bear in mind for mobile?

I’m working on a large enterprise level financial application that has a requirement to display currency totals on a dashboard. The goal for these totals is to highlight the relative importance of one dashboard item over another (based on the total values).

Since we deal with some extremely large dollar values (frequently in the billions), we will potentially run into real estate issues when we render these dollar amounts. The ask from our stakeholders is to truncate the dollar values using some sort of notation. The suggestion is to truncate millions with ‘M’ and thousands with ‘K’. For example, $ 984,432.00 would be rendered as $ 984K and $ 894,876,451 would be rendered as $ 894M.

My worry is that we’re introducing too great a cognitive load on our users when they compare these currency values. In some cases, they will have to evaluate numbers only with values containing numbers as well as characters. My concerns may be completely irrational, but either way I would love to hear any thoughts anyone has with respect to this.

Barry Schwartz has a link to the latest Google Search Quality Raters Guidelines in this post if you would like to get a copy:
Quote:

I’m an Android Developer that’s not all that well versed in UI/UX design principles.In the projects I work on, I find that the biggest issue is accounting for the myriad of screen densities and sizes. Like comparing two devices, a Pixel 3 XL vs a Nexus 5 (Different generations of devices but fits the size issue). Everything on the Pixel 3 XL looks so much smaller, so for that bigger screen size and density I should be making controls larger right? What’s the design guideline around how to render on a smaller phone vs a larger phone, and a smaller density phone vs a larger one?

First time on this stack exchange. Please be gentle 🙂

I encounter a lot of web applications that essentially implement a small windowing system inside the browser. On you web page there exist a number of little boxes that look like windows, which can be moved, re-sized, closed, etc. In almost every situation I have seen, this is a very bad idea which violates many of the design principles talked about on this site. For example:

This is just a sample list — I have not done any in-depth study of the problem. Are there serious guidelines that make it clear that this sort of thing is a really bad idea? Or am I mistaken, and there really are good reasons for doing things this way?

The problem as I see it, is that this sort of UI looks very good to the people who purchase applications for companies to use. Use of Flash or HTML5 to make little windows that can be moved around that page gives the superficial feeling that it is a good GUI. There usually nice graphics, and it has a polished look. But … the usability sucks when you actually have to use it.

I think it would be far better to implement with a REST approach that uses real browser windows/tabs instead of the little JavaScript imitation windows. One the applications uses a flash based UI that displays the working form as a pop-up windowlet on top of other information which is no longer relevant to using this form. Most of the time in the application is spent in a pop-up form. And there is no way to bookmark or refer anyone to it … you always have to enter the root of the application and browse your way back to that particular document. Is there a good resource for explaining to people the problems with this kind of user experience?