If a player is flying in DnD and then for some reason is made to stop flying.

For instance a Druid in beast form if an eagle takes enough damage to drop eagle form, or a wizard flying due to an enchantment has that enchantment ended by an enemy or trap.

Are they considered to hit the ground immediately in the instance it happens or do they get an turn to try and do something about it? Is it dependant on how high they are, or where they come in initiative order?

I’m currently running a Knowledge domain Cleric and I’m wondering is there any other effect involved with casting an Identify spell as a ritual changes what happens with the spell being cast?

I read a great article published by Brent Ozar and came up with some questions related to memory grant. I am unable to address my questions in the comment section of his article, so I thought to get any help from here.

in the article he states:

And no matter how many times I update statistics, I’ll still get a ~400MB spill to disk.

I am kinda confused here( 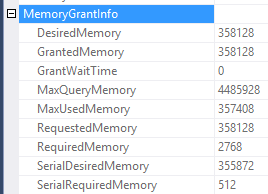 I’m not using a small server, either: my virtual machine has 32GB RAM, and I’ve allocated 28GB of that to SQL Server. There are no other queries running at the same time – it’s just one lonely query, spilling to disk… 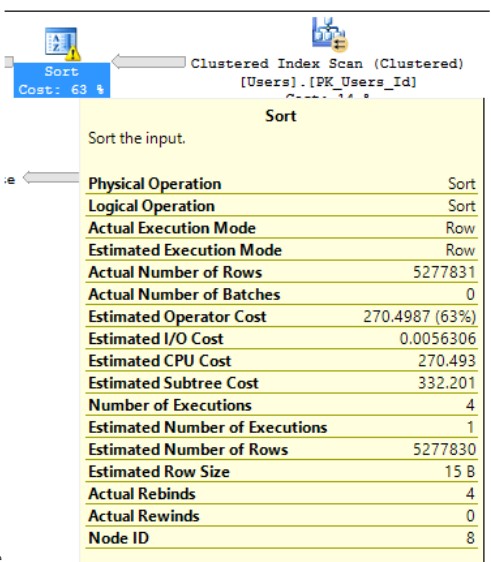 I have a requirement where i need to store confidential data in an encrypted format in the url, i understand POST with body is better approach but it is not an option for me. I am thinking of using a pass phrase based AES 128 bit encryption for encrypting the query string parameter. The concern i have is that the url could get cached in different parts of the internet and if the pass phrase is exposed somehow then it could be used to decrypt these values.

While there are many kinds of shapechangers in the D&D universe, such as vampires, lycanthropes (all of them), imps, doppelganger and channelings, there isn’t much said about how they interact with the Simulacrum spell.

You shape an illusory duplicate of one beast or humanoid that is within range for the entire casting time of the spell. The duplicate is a creature, partially real and formed from ice or snow, and it can take actions and otherwise be affected as a normal creature. It appears to be the same as the original, but it has half the creature’s hit point maximum and is formed without any equipment. Otherwise, the illusion uses all the statistics of the creature it duplicates, except that it is a construct. […]

Does this mean that a polymorphed being (be it from spell, curse or natural ability) would be copied in their current form? or would their "true form" immerge in the snow?

I can see this being quite useful either way:

Just as the title says, me and my friends wanted to play some D&D and they picked a module that would be easy to us some of us in since they were new to D&D. Apparently through parts of the module, my character and by extension myself since I never played that particular module, was doing actions and guessing the motives and actions of the npcs and the enemy we were dealing with. As a result this is pissing off the DM and one of the other players because they hate metagaming.

But is it really metagaming when I am just getting lucky with what happens next cause I am playing my character smart and clever? Should I tone it down with the lucky guesses or is this a sign that I should probably stop playing with them cause it might lead to blows or a fight with the group?

BLM started when it was reported that Michael Brown was shot even though he was just standing there with his hands up. Eventually the truth came out. The DOJ investigated and learned that Brown charged the officer before he was shot. That happened under Obama and even Obama admitted that the police were justified in their actions (shooting Brown). In essence, BLM is based on a lie and still chant “Hands up, don’t shoot” at “protests”. If they were honest, shouldn’t they abandon that phrase? “The movement became nationally recognized for street demonstrations following the 2014 deaths of two African Americans: Michael Brown …and Eric Garner” https://en.wikipedia.org/wiki/Black_Lives_Matter

Partially inspired by this answer, what size of an object could you create with True Polymorph if the target was affected by Enlarge/Reduce? And what size would the object be after Enlarge/Reduce wears off?

True Polymorph says (among other things) (emphasis mine):

Creature into Object. If you turn a creature into an object, it transforms along with whatever it is wearing and carrying into that form, as long as the object’s size is no larger than the creature’s size. The creature’s statistics become those of the object, and the creature has no memory of time spent in this form, after the spell ends and it returns to its normal form.

Enlarge. The target’s size doubles in all dimensions, and its weight is multiplied by eight. This growth increases its size by one category– from Medium to Large, for example. […]

Reduce. The target’s size is halved in all dimensions, and its weight is reduced to one-eighth of normal. This reduction decreases its size by one category–from Medium to Small, for example. […]

The two spells both require concentration so they would of course have to be cast by two different people. The options I see here are

Consider this scenario. The monster is standing in the area of the cleric’s spirit guardians. As written, the monster takes damage at the beginning of its turn as long as it’s standing in the field. Suppose, however, that the monster takes a legendary action before its turn in initiative order. Does this trigger the effect of the spirit guardians, in addition to the normal trigger that would happen at the beginning of its regular turn? My ruling on the matter during the game was that it did not… This would seem to violate the whole purpose of legendary actions, resulting in a massive debuff of the monster (i.e. taking double spirit guardian damage simply because it took another turn in the initiative order).

The rules state the following in terms of suitable mounts:

[The DM has] the final decision on what is or is not a suitable mount. At its most basic level, a mount should have the following characteristics:

Able and willing to carry its rider in a typical fashion. (A camel is able and willing. A tiger might be capable but may not be willing. A giant might be willing but not truly able.) At least one size category larger than the character. Also, a flying mount can carry no more than a light load aloft.

Emphasis mine. However, what are the consequences of trying to mount a creature of the same size or smaller than the character in question? Especially if the would-be mount otherwise does have the strength to carry the would-be rider?