If a Water Elemental were to use the grappling rules to grapple a Huge creature (since it is Large), would that creature then take damage from this:

At the start of each of the elemental’s turns, each target grappled by it takes 13 (2d8 + 4) bludgeoning damage.

Or does this damage only work against the one Large or two Medium- creatures that get stuck by Whelm? 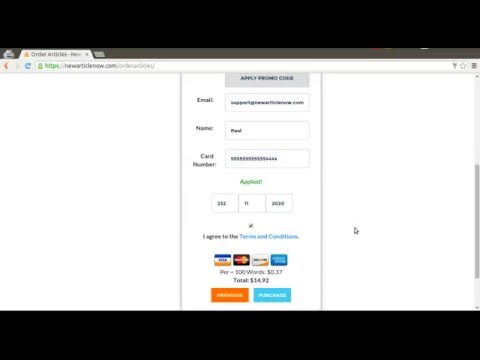 New Feature: Also, Get all files in an HTML ready format
Q&A
Can I buy more than 50 articles at once?
Yes. We can handle purchases of 1000’s of articles but require you to fill out this form Custom Order.
What do you mean by 800-word and 1700-word average articles?
There are two article lengths to pick from: 500-1200 words and 1200 to 3000 words. On average, they contain 800 and 1700 words respectively. The 1700 word average articles are about 10% cheaper per 100 words compared to the 800 word avearge articles.
What is your TAT?
We write articles in advanced for you so that they can be delivered instantly.
What is the quality of your articles?
You can view samples here
Each article is uniquely written. Topics are heavily researched by analyzing over 10 thousand articles on each topic. We then match the keyword density of Google’s top 10 results. This can result in medium quality articles that can be used on any website and are ideal for Google’s spiders.
You don’t have the topic I am in need of, what can I do?
We are adding new topics weekly and new articles daily. If we don’t have the topic you are looking for please fill out this form Suggest a Niche
How unique are your articles?
Most articles are 100% unique on Copyscape
Skype Contact: pauldemott
NEW Topics Daily
LIST OF ALL CURRENT TOPICS

The clustering can take place in any metric space.

As per title, I’m wondering whether the Gigantic Steed ability of the Mammoth Rider grants your mount all the benefits of a size increase, namely +8 Str. In fact, the text of the ability is:

A mammoth rider’s steed increases to Huge size. […] It also gains a +2 size bonus to its Strength and Constitution.

And then the bonuses to Str and Con increase over time with the Mammoth Rider class. So, for example, a standard Mastodon companion has a base str of 24, so by becoming Huge its str goes up to 26 (and then there are all the size modifiers to CMB, CMD, AC, Attack, etc). Am I correct?

Finally, I recall that a size increase from large to huge means +8 str, but I can’t find any confirmation in the books. Right now all I have is Animal Growth’s text and the fact that PCGen gives it a +8 str. Is there any standard reference for the matter?

Why are you selling this site?
need money for other project

How is it monetized?
display advertising

How much time does this site take to run?
only few minute to post new movie

What challenges are there with running this site?
SEO

I have a materialized view that refreshes every five minutes. The SQL aggregates the data among many tables with over 800k rows in each.

However, the when using the "REFRESH MATERIALIZED VIEW CONCURRENTLY tableName", the query runs for about an hour and then complains: ERROR: could not write block 39760692 of temporary file: No space left on device

It should be noted that this 39760692 changes every time I execute the query.

I noticed that when running the refresh query, there is a huge spike in the disk usage of about 12GB per minute and then finally the query errors out with no space error when it hits the 960 GB mark. Immediately, the disk usage is back to 30GB from the abnormal growth.

I even tried the REFRESH MATERIALIZED VIEW tableName (without concurrently) and seeing the same behavior.

I’m not sure what can be done here to diagnose the problem.

The Book of Vile Darkness for 3e introduces statblocks for both demon princes and archdevils, and with a couple exceptions, they all have HDs in the mid-to-high 30s.

Then Fiendish Codex I comes along and says “nah, in 3.5 all the demon lords–princes included–have hit dice in the mid 20s. If you want to make them epic so that your epic-level players can enjoy a tough fight, though, here are some tips on how to do that.”

Obviously with fewer HDs, the demon lords have lower hit points, attack bonuses, and saves. So, okay. It seems like 3.5 just doesn’t want them to be quite as strong. Maybe 3.5 just squashes things down a little compared to 3e–it’s been a while since Deities and Demigods, so it’s possible that if the entities in that book were “updated to 3.5 standards”, they’d be weaker, too.

But then, in Fiendish Codex II, it basically says “these are only aspects for archdevils, because the real things are way stronger. If you want to make actual stats for archdevils, here are some tips on how to improve these aspects.”

And then the 3.5 archdevil aspects are at the same power level as 3.5 demon lords (if not slightly stronger), with basically the same guidelines to create “real archdevils” as the first book had to create “improved demon lords”!

So… What’s the deal with that? In the DnD canon, are archdevils just way stronger than demon princes? Did this happen at some point in the settings’ timelines between 3e and 3.5, or has it always been the case? Or did the bookwriters just change their minds midway through 2006 and decide to backpedal on giving nonepic archfiends, but never go back and change the now-weakened demon lords?

I need to loop through mongodb collection EVERY MINUTE which will be huge in future, I have to loop through each object and then use some if else conditions and then perform an http post request inside IF condition. I am planning to use https://www.npmjs.com/package/node-cron this library for the purpose that will run a task every minute. In this task, i will get a mongodb collection, loop through all the objects using ForEach loop and then do some actions using if else conditions. Is this approach okay or there is better/efficient way?