A few days ago I saw a video, I can’t remember where and what was special about it was that under the commands in the main panel there was a row with the most used commands. How can you implement this for particular purposes in such a way that when you start mathematics it always appears. 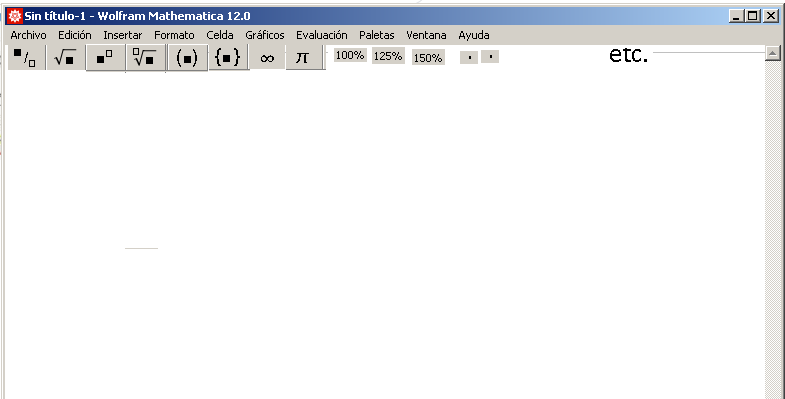 Suppose I have a heap with 15 elements, all of them different, implemented using an array. In which position(s) of the array could the smallest element of the heap be at?

I am a part of an organization that is developing a website that required user authentication, and we are strongly considering FIDO compliance.

However, our use case requires users to be able to log-in from shared computers (i.e. father and son may share the same computer). And we cannot expect our user to carry around a FIDO authentication token (U2F key) as well.

In such a scenario, is it safe to use on-device biometric sensors (i.e. cameras, fingerprint scanner) on a shared device to authenticate multiple users?

I am new to VPNs, have used them a few times, have read about "how they work" (which is all very high level), and am now confused about how this is actually implemented (so I can come full circle and understand what kind of security they are providing me).

It sounds like a VPN is something you install on your computer. You then perform your actions in the VPN UI (whether it’s a terminal or a GUI). These "local" actions are then encrypted (what is the encryption method/protocol?) locally. Then, say I am at my house using WIFI or at the coffee shop. It uses my newly allocated public IP address (the one I’ve been assigned for only the past few hours), to send this encrypted data across the public internet, in the public WIFI at the coffee shop. So people can tell I am sending something over the internet, just not sure what (because it’s encrypted). The way these articles sound, they make it sound like magic and that you get a static IP address locally which no one can see. That’s not the case right? It is doing exactly what I’m saying. I ask this question to clarify and make sure I’m understanding correctly.

So then the encrypted traffic (going across the public internet, using my publicly known IP address), is sent to some remote server. That server then performs the real actions I was typing at my VPN terminal/GUI. It makes whatever internet requests and whatnot, or SSH’s into some computer I’m targeting, and pipes the info back, encrypted, over the public internet, to decrypt it locally on my computer. Hopefully I’m still on the right track. Then that remote computer I sent my encrypted traffic to, what does it do to obscure my message or secure my message from its standpoint? Does it dynamically change its IP address? Is it situated in some remote wilderness guarded by gates so no one can intercept the traffic? How does it stay secure in sending messages to the actual target location? Or is it just the fact that the requests are no longer coming from my computer, so no one can know its me, all the security its accomplishing?

Basically, I’m wondering if this is sort of how it’s implemented.

I can’t wrap my head around this statement.

One common drawback of using composition instead of inheritance is that methods being provided by individual components may have to be implemented in the derived type, even if they are only forwarding methods

if it is executed on unconnected graphs what will it execute? I thought it won’t execute since it is unconnected but since it is being implemented by min priority queue, will that affect the results?

I have an REST API exposed to the Internet and another application with form-based authentication.

These apps are behind Web Application Firewall.

Question is, where I should implement below Secure HTTP Headers, on WAF or Code level?

I am taking my question here from there. Consider the following scenario:

You are given a fixed programming language with no nonlocal control flow constructs. In particular, the language does not have

Remark: An example of such a language could be Standard ML, minus the ability to raise exceptions. Inexhaustive pattern matching implicitly raises the Match exception, so it is also ruled out.

Unfortunately, I have hit an expressiveness ceiling much earlier than I expected. No matter how hard I tried, I could not implement Tarjan’s algorithm for finding the strongly connected components of a directed graph.

Recall that Tarjan’s algorithm performs a depth-first search of the graph. In addition to the usual depth-first search stack, the algorithm uses an auxiliary stack to store the nodes whose strongly connected components have not been completely explored yet. Eventually, every node in the current strongly connected component will be explored, and we will have to pop them from the auxiliary stack. This is the step I am having trouble with: The loop that pops the nodes from the stack terminates when a given reference node has been found. But, as far as the type checker can tell, the reference node could not be in the stack at all! This results in an extra control flow path in which the stack is empty after popping everything from it and still not finding the reference node. At this point, the only thing the algorithm can do is fail.

This leads to the following…

Final remark: It is possible to rewrite this program inside a partiality monad. Then every procedure would be a Kleisli arrow. Instead of

But, obviously, this defeats the point of the exercise, which is precisely to take out the procedure out of the implicit partiality monad present in most programming languages. So this does not count as a solution.

The Jurassic Park scene referenced in the title is infamous for how ludicrous it sounds to those who are tech literate. But it also illustrates what seems to me to be a glaringly huge hole in web security, particularly IoT devices–as soon as attackers find out a server or camera or baby monitor is running linux, they instantly know volumes about how it works. They know that commands like sudo are big juicy targets and they know that shell access will bring with it gobs of useful tools like ls and cat.

So why isn’t OS obfuscation more of a thing? I’m not talking about just hiding the version in web headers. Similar to JavaScript minification or obfuscation, I’m talking about changing the names of binaries and filepaths in the OS itself. Wouldn’t entire classes of attacks be practically useless if the OS had ha7TrUO and RRI6e29 commands instead of sudo and ls? Imagine a hacker that somehow gained remote root access–what are they even going to do if they don’t know any commands?

Implementation would be fairly easy for compilers. Take the simplest case of “rename this function and all calls to it.” You could give an OS compiler and an application compiler the same randomized names and they’d be able to talk to each other. But even if the application has poor security and is vulnerable to bash injection, such attacks would be fruitless.

Obviously this technique can’t be used in all scenarios. Setting aside scenarios like servers maintained by human sysadmins, it seems to me that any device or server managed by automation is a prime candidate for this defense.

I guess the question(s) needs to be a bit more concrete: