Should the about/work/services pages be listed in Google Search Console when I click into the sitemap_index.xml file? Or have I done the xml file incorrectly?

I am using a Child Theme on Elementor on WordPress. The only thing in my robots.txt file is the following
User-agent: *
Disallow: /wp-admin/
Allow: /wp-admin/admin-ajax.php
I do have a devoted page website.com/sitemap with all my pages listed out

I have used the code snippet to add the custom my account page:

and also added a new custom tab Title and Content which works fine.

However, when the home page is myaccount page.

the new account tab do not work anymore. It leads to the blog posts page.

When myaccount tab is not homepage:

I’m going to preface this request for help with a big disclaimer: I am not worried about optimization. I am concerned with flavor first, function second. That said, I’d still like a character who can at least be played, hence I come to you all for help.

I would like to build a bard who uses daggers—thrown, melee, and/or both—in combat. Kukri is permitted, starknife is not. Note, I’d GREATLY prefer a non-TWF build. I realize I’m in the minority, but I just think dual-wielding daggers seems a bit silly.

I want to be a combat-support character, making liberal use of the Bard’s versatility both in and out of combat. I want to use bardic performance, as well as the Bard’s atypical spell list, to provide buffs/debuffs, some control, some damage, and so on to allies, enemies, and myself. I’m not looking to be a tank, nor even a primary damage dealer, though I do intend to have access to a handful of blasty spells. The daggers are, I confess, a personal flavor choice more than anything. I understand that I’d be better served by a longsword, perhaps, but I like knives. A lot. Part of it is that I love the fact that they can be thrown OR used in melee, as befits the versatility of the Bard. That’s, I think, what most draws me to the class: It’s a walking toolbox of options. Plus, the flavor works for the character (Best summarized as a roving storyteller traveling with a nomadic caravan.)

I’d prefer—strongly—to stay within core classes. Multiclassing is fine, within reason, but I’d prefer not to use an archetype, Arcane Duelist included. Most splatbooks are fine, so long as they are Paizo—no third party, no 3.5 content.

Again, I’m very much aware that this is not an optimized base to start from, and that’s fine with me. But is there any way to get this concept playable?

Choose a point you can see on the ground within range.

Does the use of the word "ground" limit this spell to floors that would be considered an "exposed surface of the earth"? Other possibilities include:

Related: Does the spell Erupting Earth disrupt the surface it’s cast on?

I suspected in my last question, that the problem was caused probably by the timeline I used in the custom event I made, Move To.

What I did was I researched this problem, viewed the documentation, and took a good look at the timeline itself, but I couldn’t find anything that could solve this problem.

The code is pasted here in BlueprintUE, in the MoveTo custom event if you need to see the code. Here is a picture of the timeline: 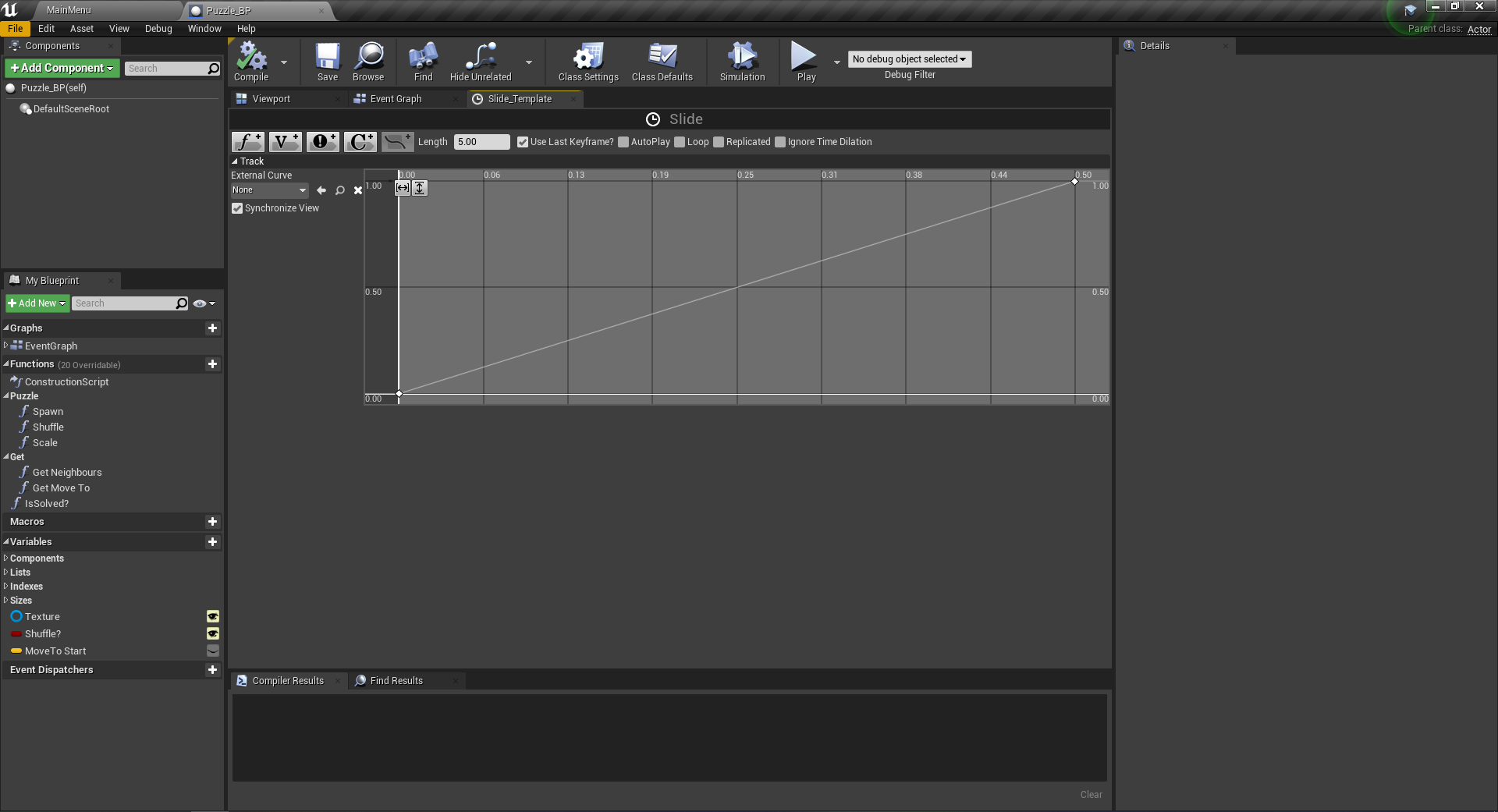 I have been trying to fix this problem for days, help would be very much appreciated! Thank you!

I purchased Microscope quite a while ago, and have played countless games that were really awesome. We’ve created things like superheroes with the power to turn any weapon into fish, people marrying the ocean, ninja training schools masquerading as pre-schools, gnomes being used as fuel for magic, a bear running for president but being beaten by the janitor who happened to be nearby, etc. It’s silly and great.

But I keep reading other people’s games, and they get pretty deep and meaningful. People want to find out, not what crazy stunt happens next, but small, personal thing happens next. Very little like our games at all.

Every single game of Microscope I have played has been silly to the core. Every single Microscope game I’ve read about has not. There has been silliness, but never to the same extent it has been in ours. We rarely make anything meaningful. It makes me think there’s something we’re doing wrong.

I imagine this is partially why the Palette is there. But it doesn’t seem powerful enough to handle this particular problem.

How do you make sure a Microscope game is meaningful, and not a random amalgamation of nonsense?

I am trying to make a 2d game but my player falls through the tilemap every time.

my tilemap collider doesn’t seem to show up.

what is going on? and how do I fix this? 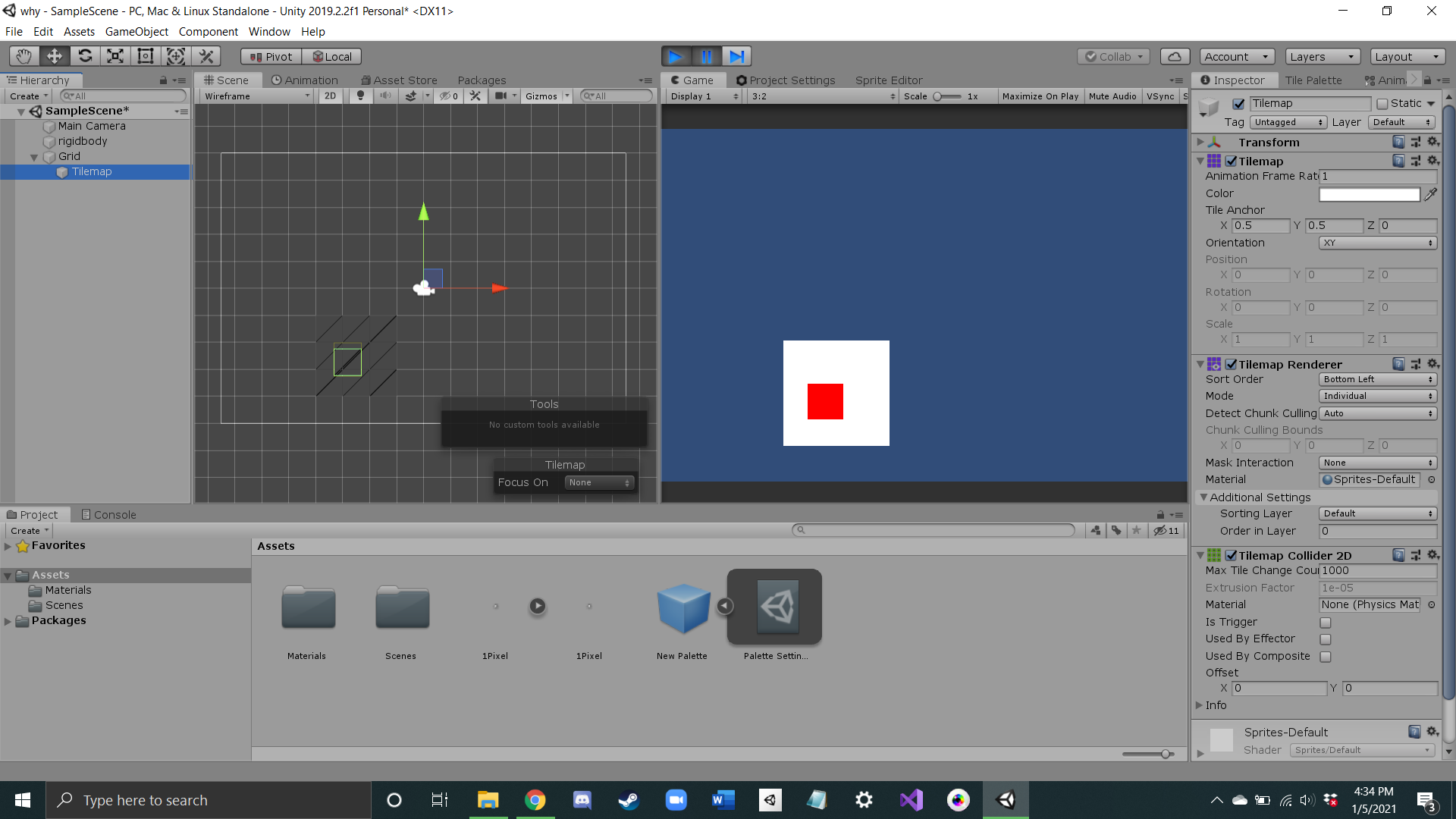 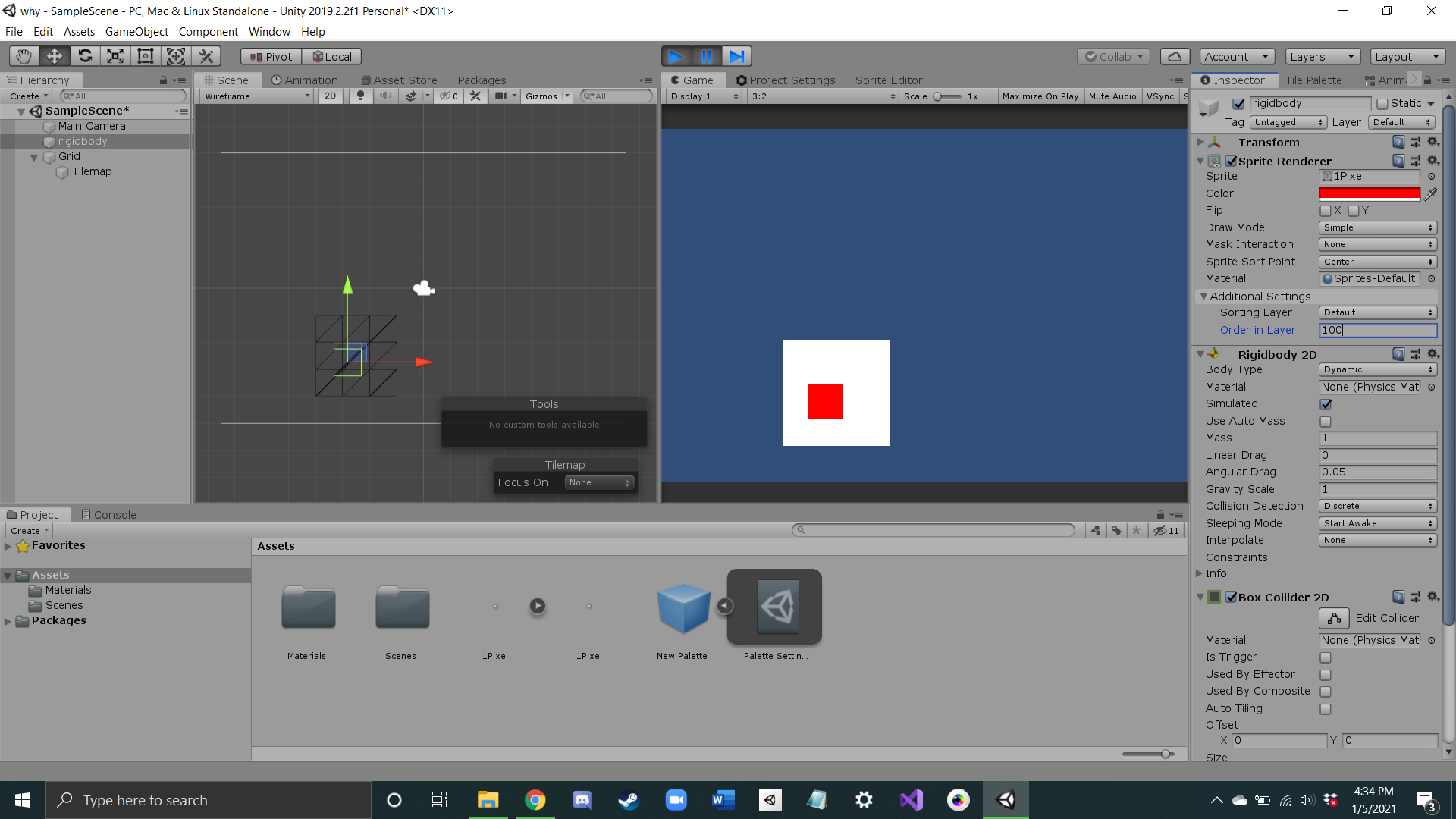 I’m trying to learn about covering indexes. In the Northwind database, I select from the table Categories: 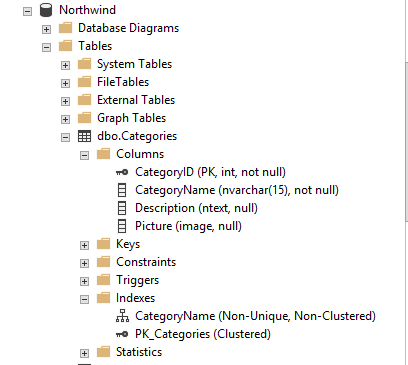 As you can see the table has a non-clustered index on the column CategoryName.

returns an execution plan with an index seek:

returns this execution plan with an index scan using the primary key index, which isn’t expected: 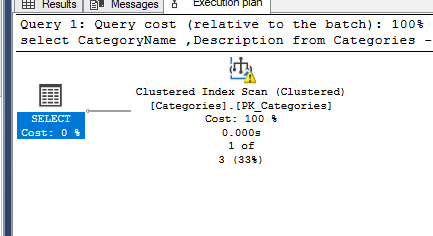 I can find the expected behaviour only when I force the query with the non-clustered index: 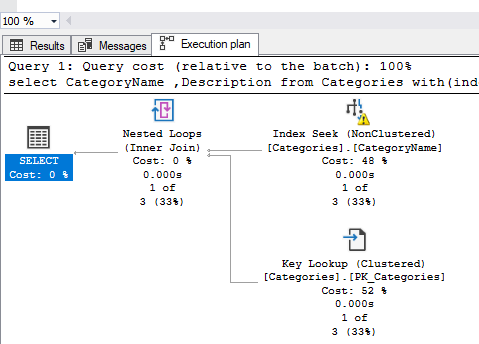 What is the problem?

I’m trying to deal with random encounters in DW. If my players are in a town, and suddenly decide to go into a random building how do I decide if the NPCs in there like the PCs? In D&D I’d just roll for a reaction and take it from there. Here I feel like I need to decide if the NPCs want to get along with PCs, and frankly I’m not sure what the NPCs think.

Sometimes I just think a roll of the die is exactly I want for my NPCs.