My group of 8 level 3 players are about to run through the Thundertree Ruins and will probably have a hand at fighting the dragon. My question stems from the fact that a single poison breath attack from the dragon will outright kill all but 1 player assuming they fail their saving throws.

I understand this encounter is supposed to be ridiculously deadly, but I don’t want to be punishing my players for testing the lengths at which they can fight stuff. A fight should be challenging and they should be able to try and run away, but instant obliteration seems a bit much.

All PCs are level 3 (HP in parenthesis):

I got a bit confused with the Avoid Harm and Endure Injury moves and when to trigger any of them.

While it is very clear that Engage in Combat is the right move when the PC attacks someone who is aware of the attack, what happens when the PC is attacked?

For example, during a scene, an opponent decides to reveal a knife and attack a PC. Does the player rolls for Avoid Harm or go straight to Endure Injury?

Also, several ocassions (combat or not) may require to roll for Avoid Harm, and in case of failure, the description says the PC could sustein Harm. Does that mean the player annotates the Harm directly or should she roll for Endure Injury before that?

Finaly, failing to Avoid Harm mentions that the PC suffers the full a ammount of Harm, but also the GM makes a Move. Since some of the GMs moves refer to harm/damage (Exchange Harm for Harm and Deals Damage) I want to make clear if harming the PCs is always a GM decision or an automatic effect from a failure.

This question uses the first encounter of LMOP as (what I thought was) a fun framing device for an optimization question. Four downvotes in one minute makes me question that decision.

Tone is hard to convey in text, so I’ll make it explicit: this is just a fun optimization problem, not an attempt to ruin anyone’s game.

For a lot of players, Lost Mine of Phandelver from the D&D Starter Set was their first 5e adventure. The first encounter from that adventure is rather swingy, like many level 1 combats. PCs may end up victorious without a scratch, or unconscious without getting a turn.

What if you were really unlucky, though? Really, really unlucky. Can a single character unfailingly beat the encounter, despite all the dice being against them? What is the lowest level that you could pull this off?

Whatever can go wrong for the PC, will go wrong. In general, this means that they will roll a 1 on all dice rolls (attacks, saving throws, ability checks, damage, etc.) If a low roll is beneficial to them (Divine Intervention, for example), then that roll may be a higher roll.

Whatever can go right for the enemies, will go right. In general, this means that they will roll the maximum value on all dice rolls. If a high roll is harmful to them, then that roll may be a lower roll.

The DMG (p111-112) suggests that the party’s navigator make a Survival check to avoid becoming lost:

(emphasis mine, to clarify to those who are confused that going “in the wrong direction” and becoming “lost” are independent of one another)

So, as this reads, three distinctive things happen if you fail the check:

I completely understand points 1 and 3, but it doesn’t mean anything without understanding point 2. For example, let’s say I’m using the UA Ranger. I’m not able to become lost by nonmagical means, but since there doesn’t seem to be a RAW definition, that might mean any (or all) of the following:

Which of these options are true? Why? I will accept an answer that confirms and/or denies all of the assumptions listed above.

I hope the title isn’t so ambiguous such that it doesn’t actually resemble what I’m asking, but I’m trying to keep the title spoiler free.

So, in the Tomb of Annihilation adventure for D&D 5e, there is a location in Chult called Dungrunglung (pp. 49-52). This location includes a maze.

So, the moment the party step into the maze (which surrounds the grung settlement of Dungrunglung), the grungs "greet" them immediately and escort them to the centre, which of course means they are going through the maze with the party. On page 49, it has this to say about the maze itself, and what one may expect whilst trying to navigate it:

The maze’s passages are open to the sky and magically change configuration every minute or so, turning passageways into dead ends, and vice versa. Whichever character is leading the way through the maze must make six successful DC 15 Wisdom (Survival) checks to find the entrance to the settlement (area 2). Each successful or failed check represents 1 minute of searching the maze.

This, to me, implies that the grungs themselves can get lost in their own maze (and after apparently having just travelled through it already to greet the party). Is this true?

Is there anything that I’ve missed that might imply that, while being guided through the maze by the grungs, the (escorted) party and grungs do not get lost? Or do the party or the grungs still need to make Survival checks, potentially getting lost?

I am currently investigating the PEDICOM vulnerability CVE-2019-11687 where I am trying to reassemble the P-DATA DICOM fragments from a PCAP. Since the vulnerability takes advantage of writing bytes onto the header, I want to investigate this. When sniffing the network and trying to capture and reassemble the file, when sent over the network using the DICOM protocol does it loose its header and the only information is sent are the different data elements?

I obfuscated my web software with srcProtector and i archieved files, i uploaded a new version of software on the website.

The problem is i forgot to copy files in a new path for backup. VERY VERY BAD! 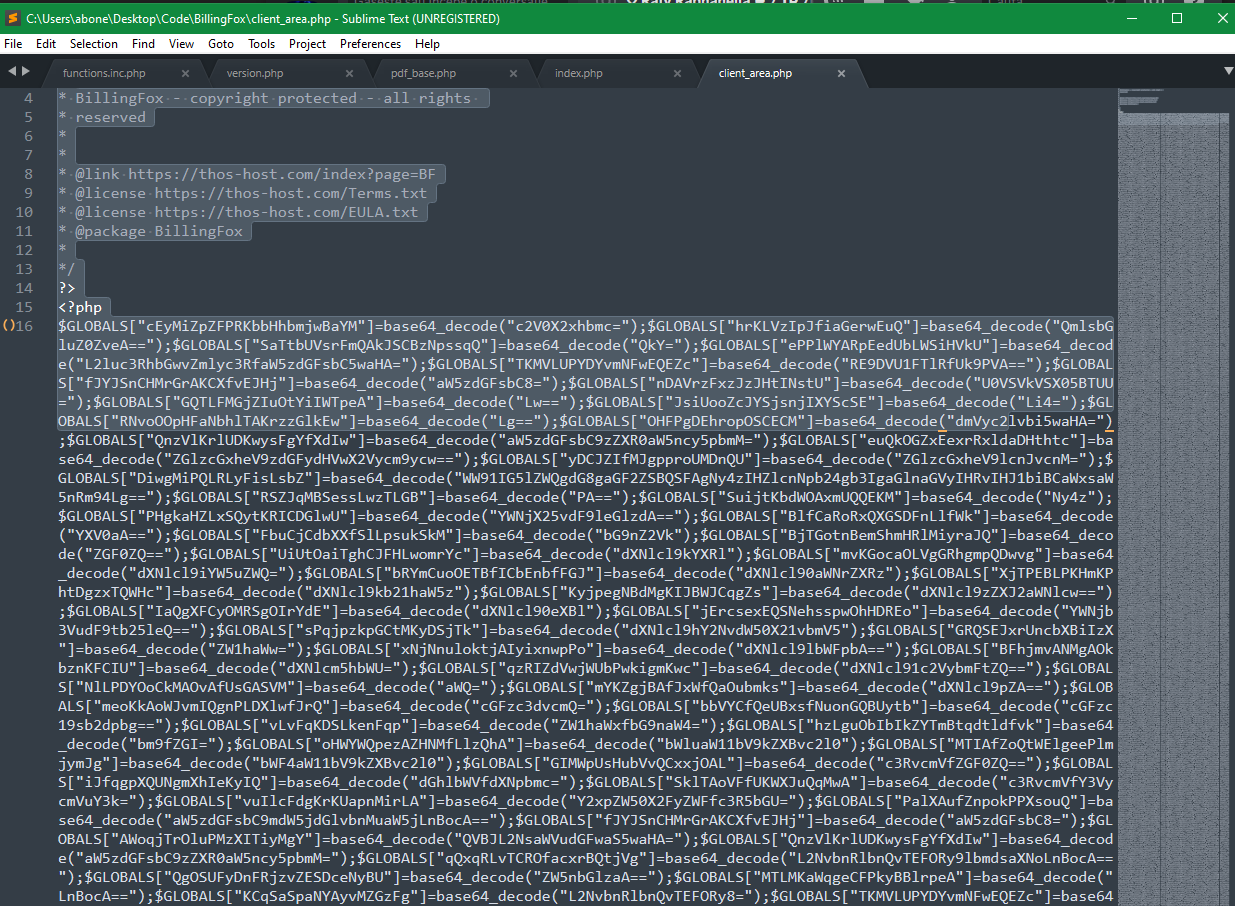 PLEASE HELP ME!! (is there any winscp undo button (reconnectect session) or any deobfuscator for this?)

I know the book says the maps are for DM eyes only. However, the Phandalin town map seems like it was meant for the players to see. Am I missing something revealing on the town map or can I show it to my players for sake of immersion? Thanks!

I’m going to be running LMoP with a group mostly new to D&D. How can I get them to care about the hook enough to be interested in the story? I tried it previously with another group, but they just didn’t feel like they had a reason to care about the story. This time, I’m going to do a proper session zero, but I need advice on ways to get them to be interested in the hook.