Faerie Fire: You can expend 1 charge as an action to cast Faerie Fire from the ring.

Since it says you cast the spell from the ring, I wonder if you need to maintain concentration on the resulting spell. Moreover, is that something particular to Ring of Shooting Stars, or is that how it usually goes with casting spells via items?

From the Sage Advice Compendium:

Does a Monster Slayer ranger’s Supernatural Defense feature apply if a creature damages the ranger, thus causing the ranger to make a Constitution saving throw to maintain concentration on a spell? Yes.

Since the Supernatural defense works for concentration, does the Slayer Counters works as well?

I understand that Mordenkainen has become a wizard who strives to ‘maintain the balance’. My understanding of which involves ensuring that neither good, evil, law or chaos become too strong (though my interest lies in his specific view on balance, so if I am wrong in the above then please correct me).

I have found his various adventures which seem to mostly be when he was still a player character and thus before he decided that the balance was his calling, but I can’t find anything that actually says what he has done, or does to maintain that balance. All I can find is vague things like ‘keeps the blood war going’ and I can’t even find proper sources for that (this is the most complete source, but how accurate any of it is I don’t know).

From official material, including handbooks, films, computer games, quotes, interviews, notebooks stolen from the bins beside the WoTC office, or any other sources; what actions has Mordenkainen actually undertaken to help maintain ‘the balance’?

I am looking for answers that can prove the reason for an action was specifically to maintain the balance, not just a list of things he might have done where the motivation is unknown or unclear.

A Dybbuk has Magic Resistance (advantage on saving throws against spells and other magical effects), and can cast Dimension Door at will.

This means it can get out of a Magic Circle pretty quickly, it breaks the control from Summon Greater Demon quickly as well, or at least quick enough that you can’t cast Planar Binding on it, even if you do know its true name.

Assuming it is summoned by Summon Greater Demon, how can its spellcasting be negated for long enough to bind it, or have a chance at binding it? Can it be summoned another way and controlled for over an hour? The lower the level of casters needed, and lower numbers of them, the better.

Here is a BarChart of some data 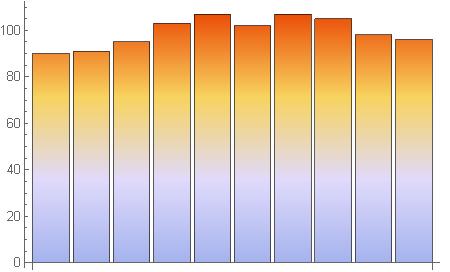 When I add PlotRange the color goes away. 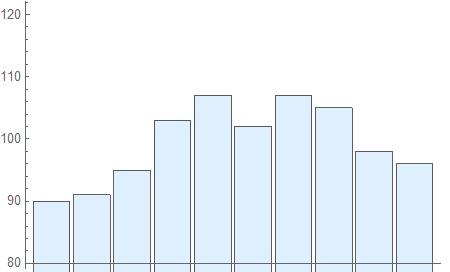 Is it possible to work around this?

When the spell is heightened to 8th level, "the duration increases to ten minutes."

If a sorcerer has a focus point at time T, and expends it by casting Dragon Wings, then when do they regain that focus point?

You refill your focus pool during your daily preparations, and you can regain 1 Focus Point by spending 10 minutes using the Refocus activity. Unlike other characters, you don’t need to do anything specific to Refocus, as the power of the blood flowing through your veins naturally replenishes your focus pool.

Does this imply that the sorcerer can’t maintain their wings indefinitely, as (presumably) they would cast the spell in combat, and thus would have some time (e.g. a couple of rounds) where they weren’t engaged in the Refocus activity? I.e. they would start refocusing at some time T + x, where x > 0, and they would only regain the Wings at T + x + 10m ?

I want to say this is correct, but I also like the notion of the sorcerer gaining those wings for as long as they reduce their focus pool by 1, to ‘keep it up’. But I’d appreciate your thoughts.

When you become an object, do you keep the ability to concentrate on spells?

Suppose a raging barbarian does not see any opponents on the battlefield but is attempting to maintain rage by attacking a hostile creature, according to the following:

Your rage lasts for 1 minute. It ends early if you are knocked unconscious or if your turn ends and you haven’t attacked a hostile creature since your last turn or taken damage since then.

If there was a successfully Hidden opponent on the field, the barbarian would be permitted to attack it by guessing its location. Even if they were incorrect, that would be sufficient to maintain their rage.

But how far ‘off’ is the barbarian allowed to be in their guess and still have the attack count?

If yes, and the rage ends, the player then gains information about the fact that the opponent is not present (which seems to go against the spirit of "If the target isn’t in the location you targeted, you automatically miss, but the DM typically just says that the attack missed, not whether you guessed the target’s location correctly.")

If no, and the barbarian is allowed to attack an opponent that is not actually there based on the plausible belief that an opponent is present, then what prevents the barbarian from postulating an opponent who could be there? For example, the barbarian invokes an NPC that has successfully Hidden against the party before – is it enough to maintain rage for the barbarian to say that they believe said NPC is present and Hidden and then attempt to attack them as an Unseen opponent?

Due to the long duration on Hex, it is clearly intended to function across multiple encounters as described in this answer.

Due to the extended duration, it seems feasible that a warlock could take a short rest to recover their spell slot and thus go into a future combat with a Hex at the ready and a full assortment of spell slots. Is this correct? RAW do not appear to prohibit this.

So I have an Samsung 240gb 840 EVO that I upgraded to an 500gb 860 EVO, I want to keep the old one as a backup (So i can swap it back in if the new one fails (it is the Operating system drive)). I am a bit late to this as I actually replaced it about a year and half ago (so the old SSD has now been sat on the shelf for about 1 and a bit years) and have just bought an external usb enclosure for it. Currently doing an error check on it (the 840 evo). (Ok it said it would take 3 hours , it lied it took about 10-15mins) and came back saying no errors. Which is nice but surprised me !

I have heard that leaving it on the shelf too long will corrupt the data, so I figure I can stop this by plugging it in every so often.

So the question is if I plug it in say every month or 2 to keep it refreshed, how long do I need to leave it on for ? Is it like 2 seconds or a couple of hours ? Is there something built into the SSD controller itself to keep the data topped up, or is it done by the operating system (win 10)? And if it is windows itself topping it up is being externally mounted on the USB ok, or does it need to be plugged directly into the SATA ?

Also what is the top up mechanism, is it there is some kind of capacitor or battery in the SSD that needs topping or does it go around and re write all the data or is it that it doesn’t top it up and leaving it unpowered is a cumulative thing that eventually destroys the data even if you keep plugging it in every so often?