I am running a campaign in The Dark Eye, the Year of the Griffon to be exact.

the group had about 2 and a half months of downtime. That in itself is not a problem. Yet my group did spend the downtime in ways that start to make me think carefully: The siege-engineer did recruit all the carpenters and masons to fix up the walls

while the Maga did start to research a variant of Greek fire. That luckily took her most of the time… But exactly there lies the problem:

My players are all students, some of them with at least a good degree of chemistry and physics knowledge (including the Maga, who has 2 semesters of chemistry behind her). As a result, they tend to come up with ideas that make incredible sense in themselves… but the rules for TDE explicitly state that some stuff is simply not possible. For the most part, they did swallow that gunpowder simply can’t be made due to “it’s just like that” and that the recipe for fireworks is not only highly complex but also so arcane, that nobody knows it.

YET this makes them try to figure out how to use the little Greek fire they managed to produce up to now (4 flasks) much more efficiently – as in getting more area of effect. While they did not yet test it, they had ideas like

On ideas like this I did say up to now “I did look into that topic in the books and I will have to make a ruling as there are no rules written yet. I have a vague idea how to rule on it, but would you mind stopping to speak in hypotheticals and bring this up in character through action or prompting that in an officer’s meeting?” Pretty much I try to go by In Character Action = In Character Consequences and Not Said = Not Done.

The idea to weaponize the results of a failure on the alchemy I could squat luckily: “You don’t exactly know how you made it create the poison gas it made… you could try to recreate the experiment though. Do you want that?”

Up to now, the only three things they did act on based on sentences like those was to build up some siege engines for defense (a trebuchet, 2 catapults, repairing one ballista), re-inventing greek fire (which did blow up the Maga twice already for it is so dangerous to work with as established in the rules) and digging ramparts1 around the city wall (ongoing, they are about 2/3rds done) and will be finished by the end of the months.

How can I discourage the players from directly adapting ideas from modern warfare methods (like gas, using chemical waste (dioxin) or trained dogs with bombs) and instead staying in the established canon, that puts greek fire at the pinnacle of chemical warfare and lobbing corpses as the pinnacle of biological warfare?

Today, I tried to post a question on Information Security Stack Exchange, and the question was apparently marked as "spam" (the error message was this looks like spam). The content of the question can be found here: VeraCrypt Paste. I’m thinking it might have been because of the URIs, but I tried to remove them all and it continued to mark the question as spam.

I then went to Infosec Meta Exchange, to try to see if I could get some help, but I’m blocked there. Like, weirdly blocked. All requests I make to the Security Meta domain while logged give me an empty page and a 500 status code. It works fine if I logout. I truly don’t know that to do.

I’m 100% aware this post doesn’t belong here, but I’m apparently out of options – don’t know what else I can do – the help page doesn’t say anything about that -, so please don’t downvote this right away. I’m obviously ok with this question being deleted, I just need some help now.

Does it help seo using "News_Keywords" meta tag for a website that is not including news literally? Or does it hurt ranking on google? 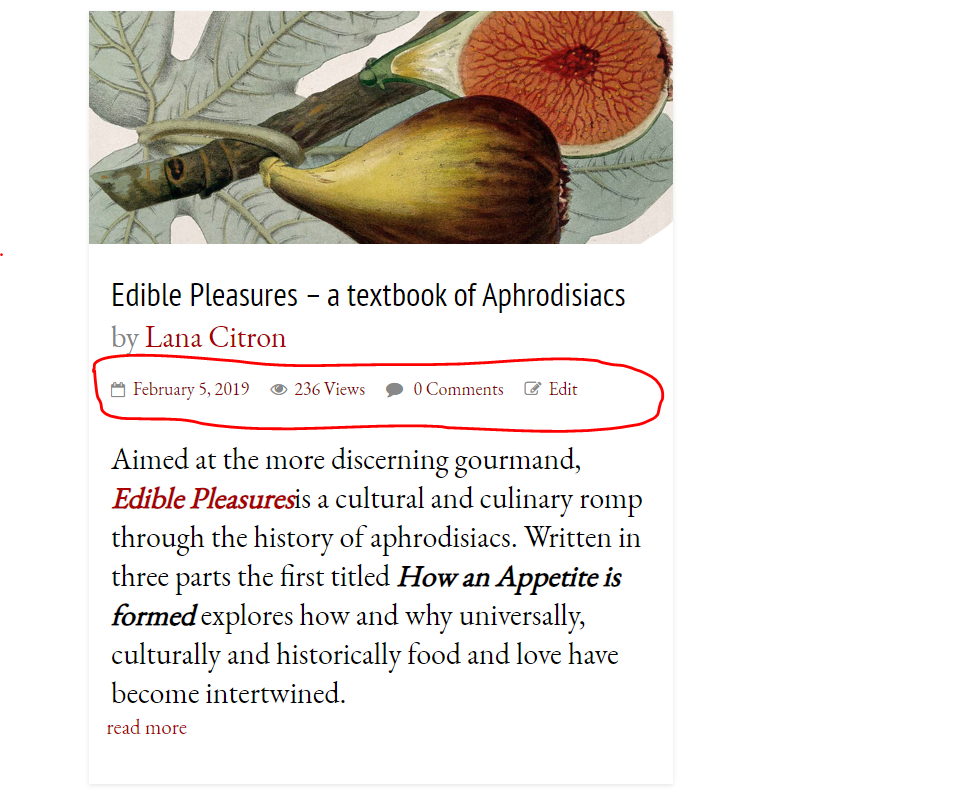 I created a post metabox that uses the datepicker to pick a date value. I got as far as adding the metabox and getting the datepicker to work but other than that im struggling to get the data saved to the post. This is my code in my functions.php:

How many characters limits in & Meta Description tag?

I have a standard WP_Query to search for Posts of a certain Custom Post Type. I am trying to extend this by filtering by a specific custom meta field that was set for a Taxonomy that is attached to the Post.

What I’ve done is created a Taxonomy, and in that Tax I’ve added a custom meta field called “sorting_weight” that is a numerical field. So when admin assign a CPT to this Tax, I would be able to query all CPT entries and then orderly that numerical field.

All the tutorials online are getting confused and thinking the user wants to sort by normal post custom meta. This is not what I want – I want to sort by the CPT’s Taxonomy’s custom meta.

From what I can gather, I can’t even pipe this logic into a normal WP_Query argument? If so, how would I refactor my code to order by this Taxonomy custom meta field “sorting_weight”?

The below shows the general query I am using:

Recently I’ve faced with the following situation and was really surprised with the rules:

Let’s consider the following situation: A party is located in a quite deep forest. They know that there is an enemy camp within 1 mile away also located in deep forest. One player says: “I’m trying to hide”.

When you try to hide, make a Dexterity (Stealth) check. Until you are discovered or you stop hiding …

So he makes a roll and let’s assume the final result is 4. Because player can see the result, he can now decide what he is going to do based on this check. Obviously this check is low, and player says: “I stop hiding”. It is allowed based on the cite above. After that he can try to hide again and re-roll.

In this case DM can notice that this is a meta game and it is not allowed, because character can’t know the roll. In this case, even if this will prevent character from re-rolling directly, it can certainly change his initial plan. Or player can do the following:

Character can make an agreement with his party that he will go behind a tree, hide and then they will try to seek him. In this case it is explicitly mentioned in PHB p. 177 that

Until you are discovered or you stop hiding, that check’s total is contested by the Wisdom (Perception) check of any creature that actively searches for signs of your presence. … When you hide, there’s a chance someone will notice you even if they aren’t searching. To determine whether such a creature notices you, the DM compares your Dexterity (Stealth) check with that creature’s passive Wisdom (Perception) score

So even if character doesn’t know the roll, he can find “how well he hides” with this “test”. This “test” can be made using both passive and active checks. In this case he can definitely find “how good he hides”. If somebody in his party could spot him, character is no longer hidden, because that rule above, if not, character is very likely hidden very well (especially if there was a wisdom guy in a party that was by accident unaware of this activity and the check was passive e. g. with fixed known high value). So if character was spotted he just reties to hide until he rolls high enough to hide from his party checks.

So at this moment our hero is hiding and has a really high roll. So he says that he is travelling towards enemies camp in hiding.

While traveling at a slow pace. the characters can move stealthily. As long as they’re not in the open, they can try to surprise or sneak by other creatures they encounter. See the rules for hiding in chapter 7.

The “chapter 7” rule are the one I mentioned above.

Well, since our hero is hiding and he travels in slow pace, he comes to enemy camp and he is still hidden because he “was not yet discovered” (see cite 2 above).

After that hero says “I try to sneak by those creatures remaining hidden”. So since they are not expecting him, they use passive check. Since player already rolled high and that roll value is used against perception checks there is no chance they can spot him, so he automatically (or with very high chance) succeed. In this way he can bypass any guards almost guaranteed.

The same trick can be made with whole party by searching each other and repeating until all are hidden and thus it can be made that surprise is be also guaranteed in first round.

For me it looks like it is 100% correct according to the rules from PHB and it also it looks like extremely broken mechanics. No other check value is known to player before he decides what is he going to do with this ability.

Is there any fix for this rules published somewhere?

P. S. I think any check should be made at the moment the check is really needed and each moment it should be checked independently.

So in this case you don’t roll when you trying to hide. You roll each time you can be spotted, also you roll on each action you perform, e. g. sneak by e. t. c. because all other checks are performed in the same way. Again even if you somehow block a party from doing that, player won’t try to sneak by a group of goblins when he knows ahead that his roll value is low and already determined.

P. P. S. I’ve also checked several forums and videos and everywhere it is explicitly stated that you make check when you hide and you use this single value to compete perception checks and you remain hidden until you found or you stop hiding. Also everywhere it stated that you can move and sneak while hidden and use that roll value against perception checks. So I am really confused.

I am developing a plugin for custom post type which take the link from the title of the post and then after scraping on that link it updates all things like post title, post permalink and post_meta. Now its only updating the title and the link but not the post meta, I have tried debugging the data.

I am trying to customize the author meta box in the post edit page, as you all know this dropdown is using to assign a post to a corresponding author.

So in the dropdown it will be like Display name(custom user meta field).

I have seen wp_dropdown_users, but no idea how to use it so that i can achieve.