It’s a classic of spy movies: A character suddenly reaches for the back of his neck and tears off a latex mask he was wearing, which was perfectly imitating someone else’s face, revealing that he had been the big bad/hero in disguise since the beginning. How would you run that in Cyberpunk 2020?

In the Fixer extension book Wildside, there are plenty of options for altering your biometrics (changing your fingerprints, voice, iris)… but I couldn’t find anything for the face, apart from heavy cosmetic surgery.

Did I miss something somewhere? Is there another way I could run something like this, with cybernetics for example?

Based on some feedback from my players, I’m going to allow them to plan their next mission, which will be a ‘seemingly’ straight forward heist affair onboard a moving vehicle (limiting their geographical range).

What I’d like advice on, is how can I impose limitations on their plans to prevent them from going completely off-track?

Narratively, I’ll provide them with the objective and some key facts and stats, but what’s the best way to try and ‘plan for the unthinkable’ from my perspective? Normally as the DM, I can react to the team going off-road within the context of a quest because I can generally foresee the branches they might take, but in this instance, giving them the ability to map out their approach might make things tricky for me to manage.

Hope this question isn’t too vague!

In the current adventures for the campaign settings, is there a mission about an Assassination?

Hi there, I am looking for an Assassination storyline for the party and wonder if there is one in the current published adventures for 5e.

This post was helpful to create a Homebrew version: How do I design an assassination mission, that is a challenge for the rogue, but not impossible for the other party members and requires teamwork?

To clarify, I’m looking for an Assassination storyline where the party’s mission or part of the story line is to find and assassinate a creature.

So I’m creating a campaign and the hook is gonna be the players being recruited by a King’s knight captain to assist him in destroying a warlock summoning beasts from the void(my version of hell/chaos/abyss etc) and hiding out in a ruined keep on the northern border of the country. The captain believes the warlock is somewhat dangerous but not a serious threat however he wants to destroy him before he can become one, hence him hiring professionals (the players, hopefully) on behalf of the kingdom as opposed to siccing his soldiers on it.

How much money should the captain offer them to assist him in defeating the warlock? Under the belief that it’s a relatively simple and easy quest what would he reasonably offer to the party?

I have nothing against Mission Control but don’t use it much except now when my secondary click opens it every the time.

On my trackpad I use the two finger tap as secondary click as per below settings. With a mouse it’s the right button. In both cases Mission Control is opened instead of a context window.

For full disclosure I mention that I make use of BetterSnapTool and Alfred3 but when I unload them the issue persists. 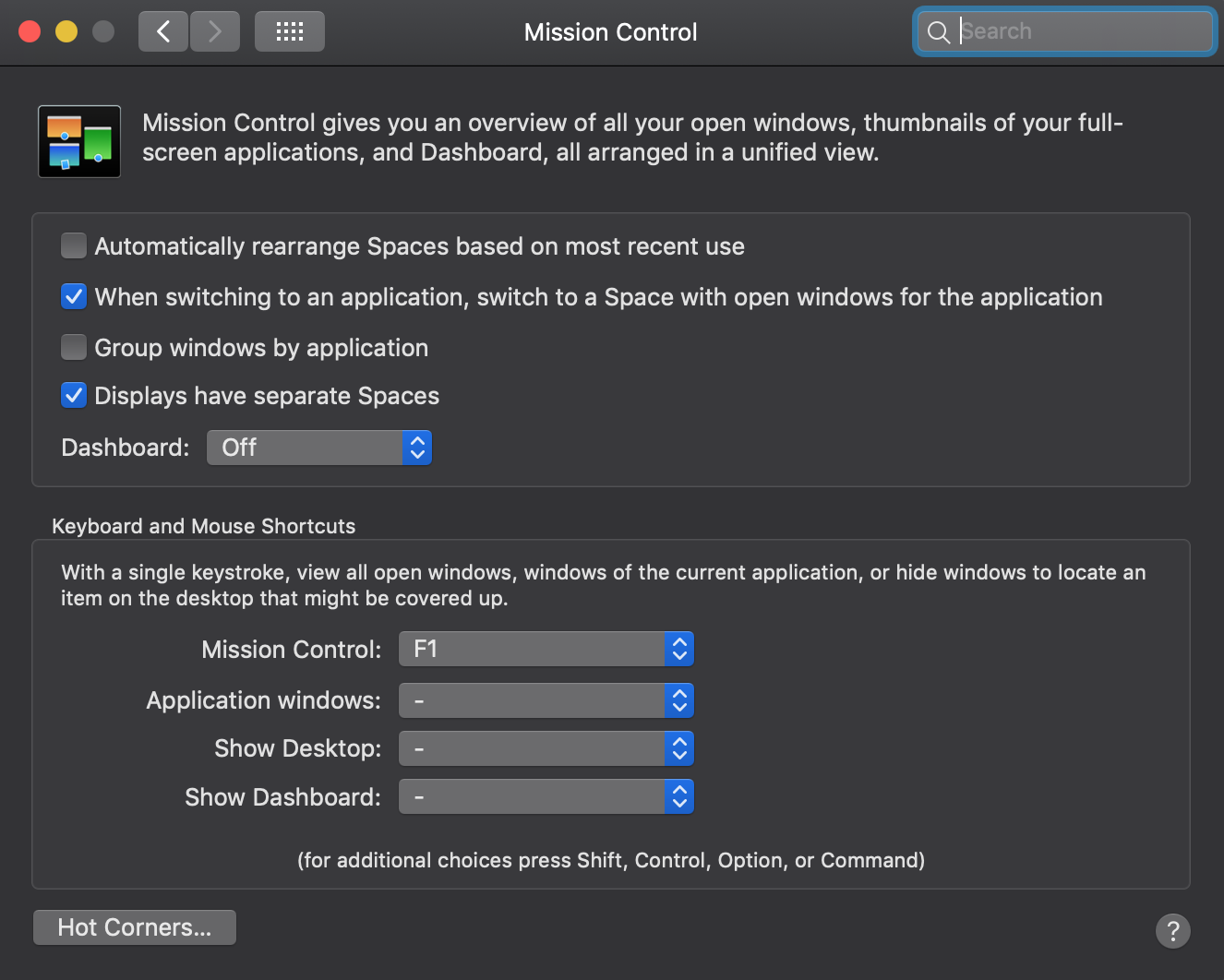 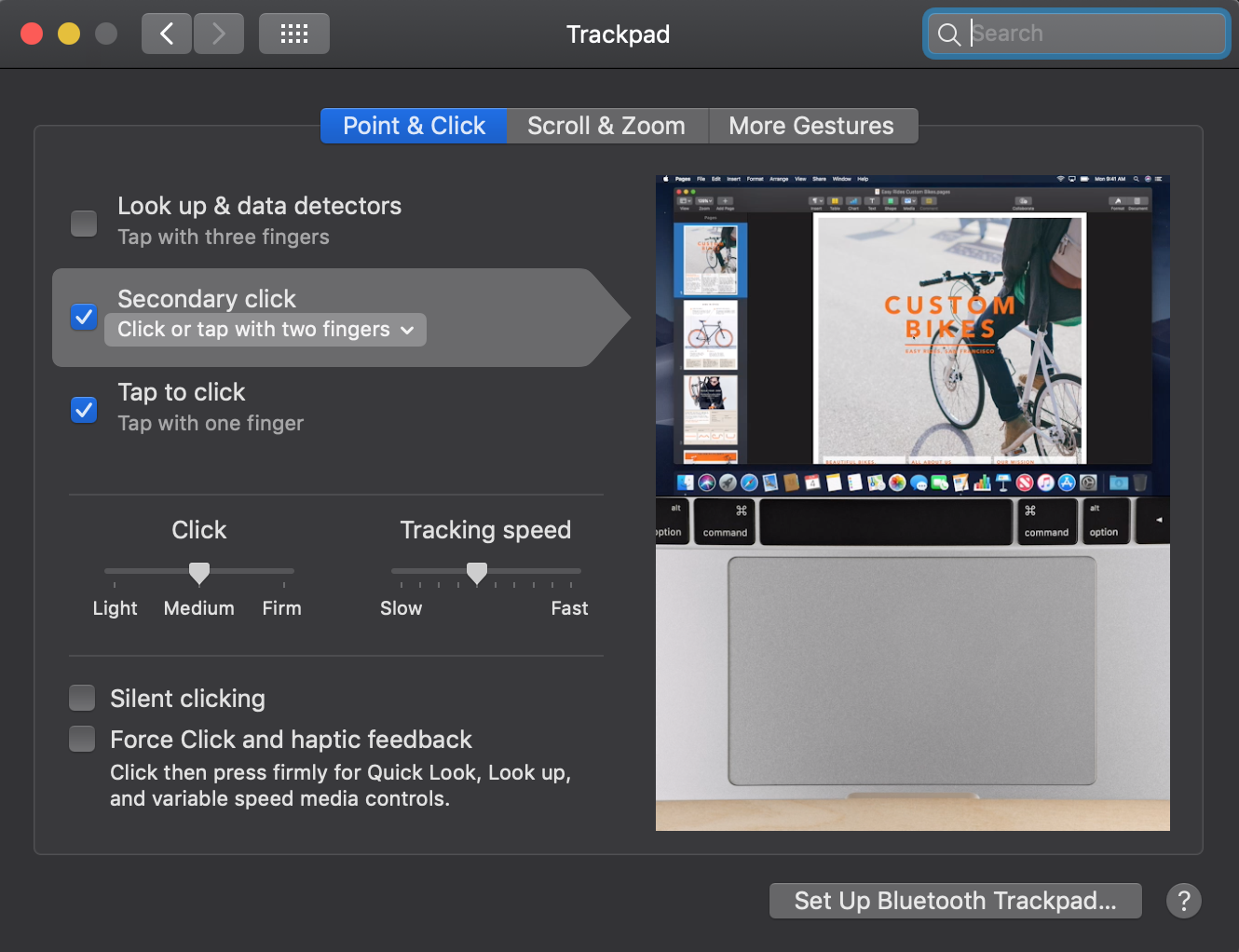 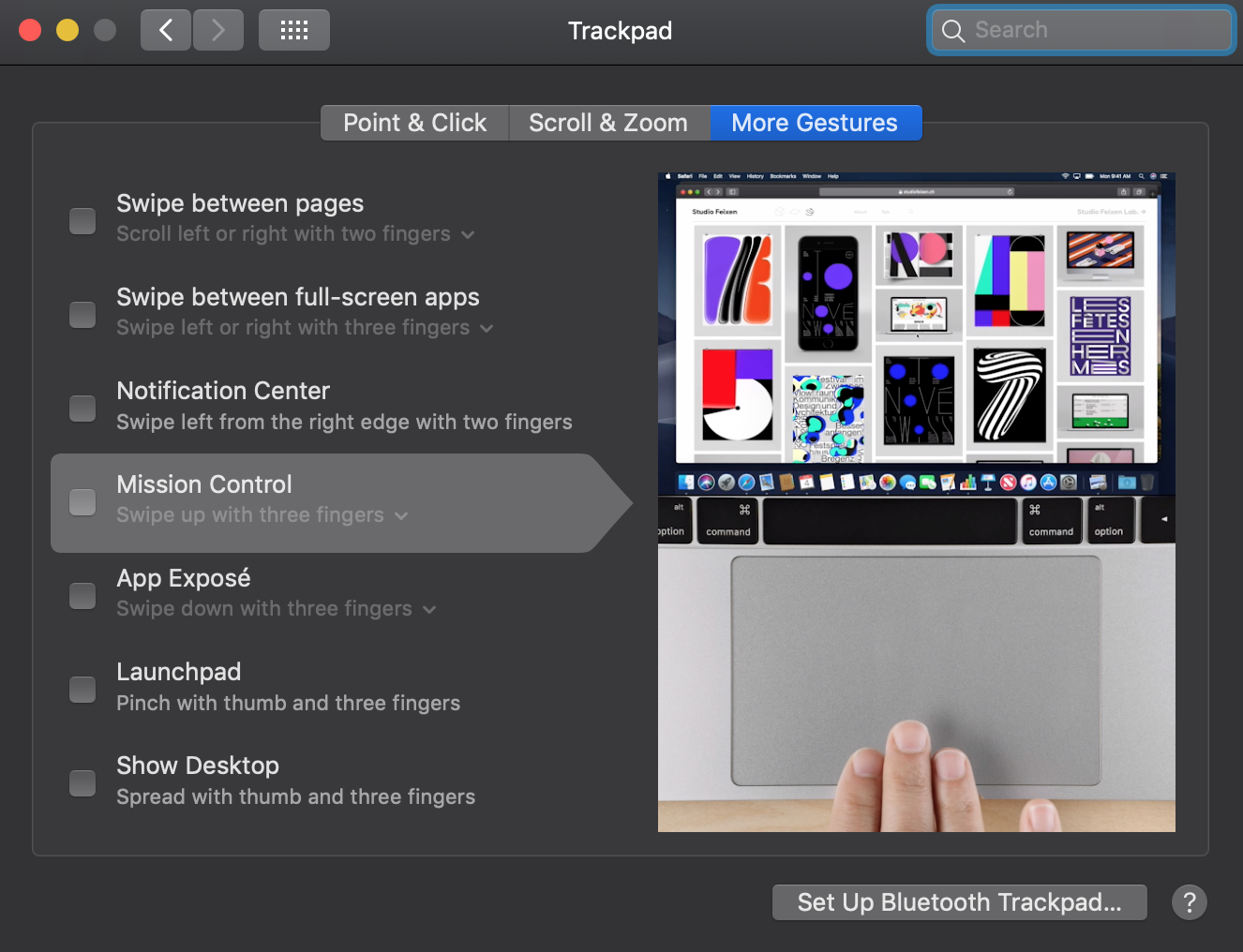 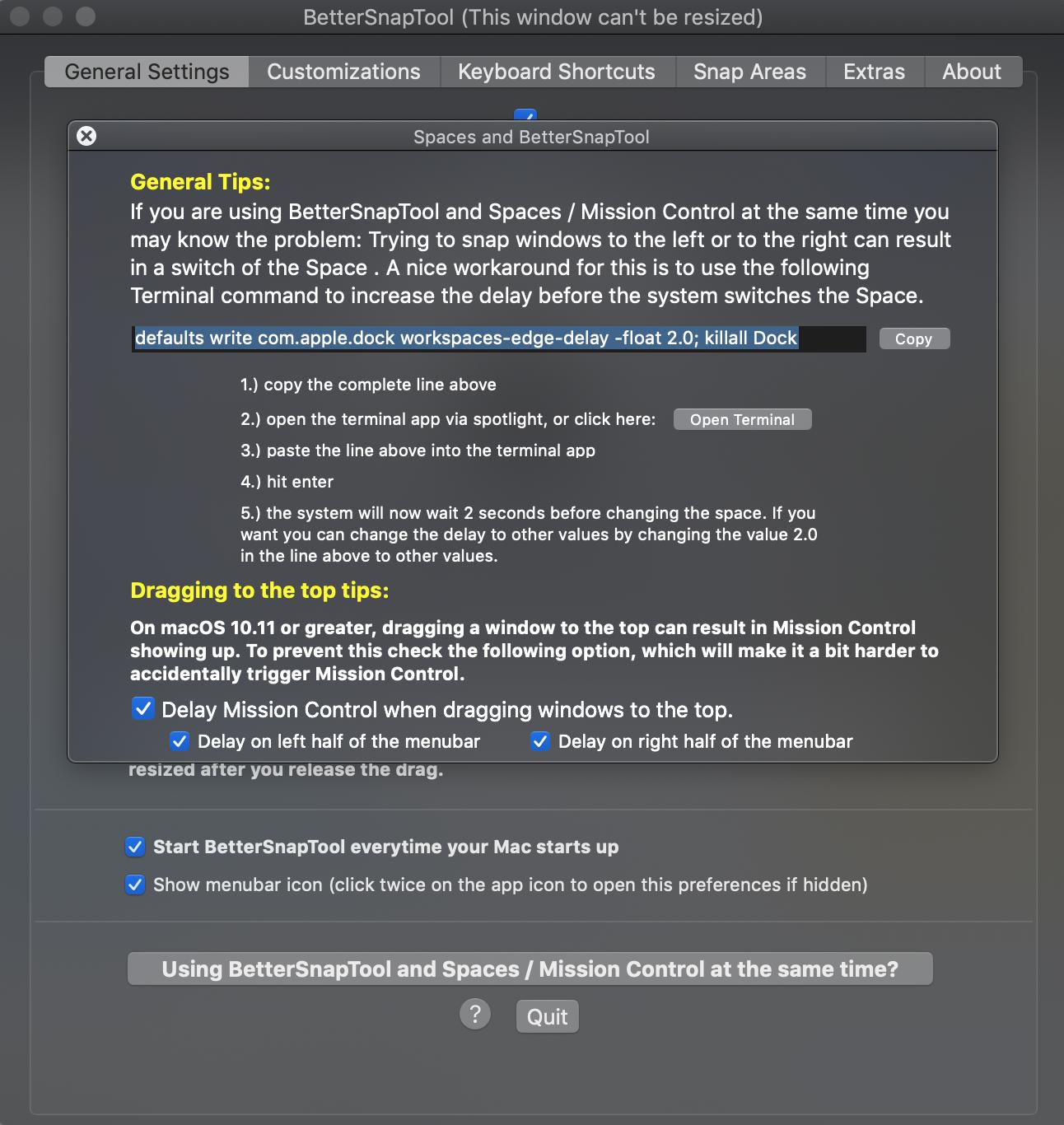 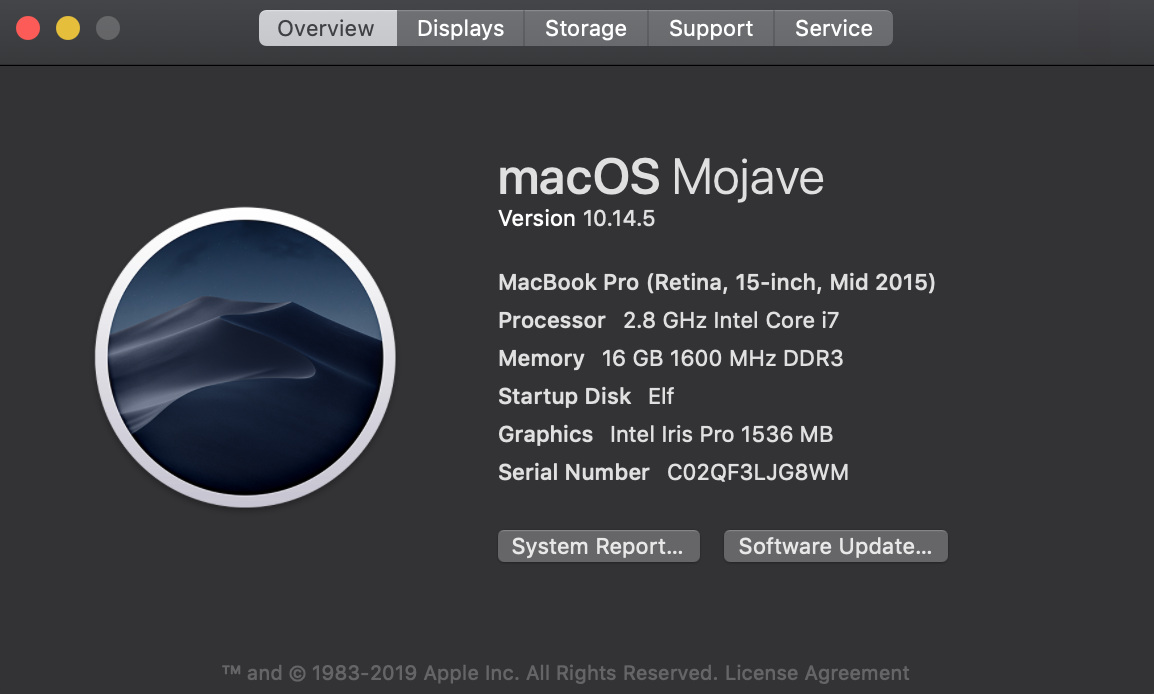 My players have each bet 3 cred on the assassination mission they’ve taken, for a totally of 9.

During the legwork phase they decide to posion the target, and one of them hits the street to buy a contact neurotoxin. Due to bad rolls, this is going to cost them 8 cred.

If it came out of the cred bet on the mission, does this affect the results of the get paid move at all?

When I try to use Ctrl-D in Terminal for EOF, it doesn’t work. Instead it starts Mission Control, moving all my windows around. I have checked under System Prefs > Keyboard > Shortcuts and Ctrl-D is not defined as a shortcut there. Mission Control is the default Ctrl up arrow. So why is this happening and how can I make Ctrl-D function as EOF character instead? 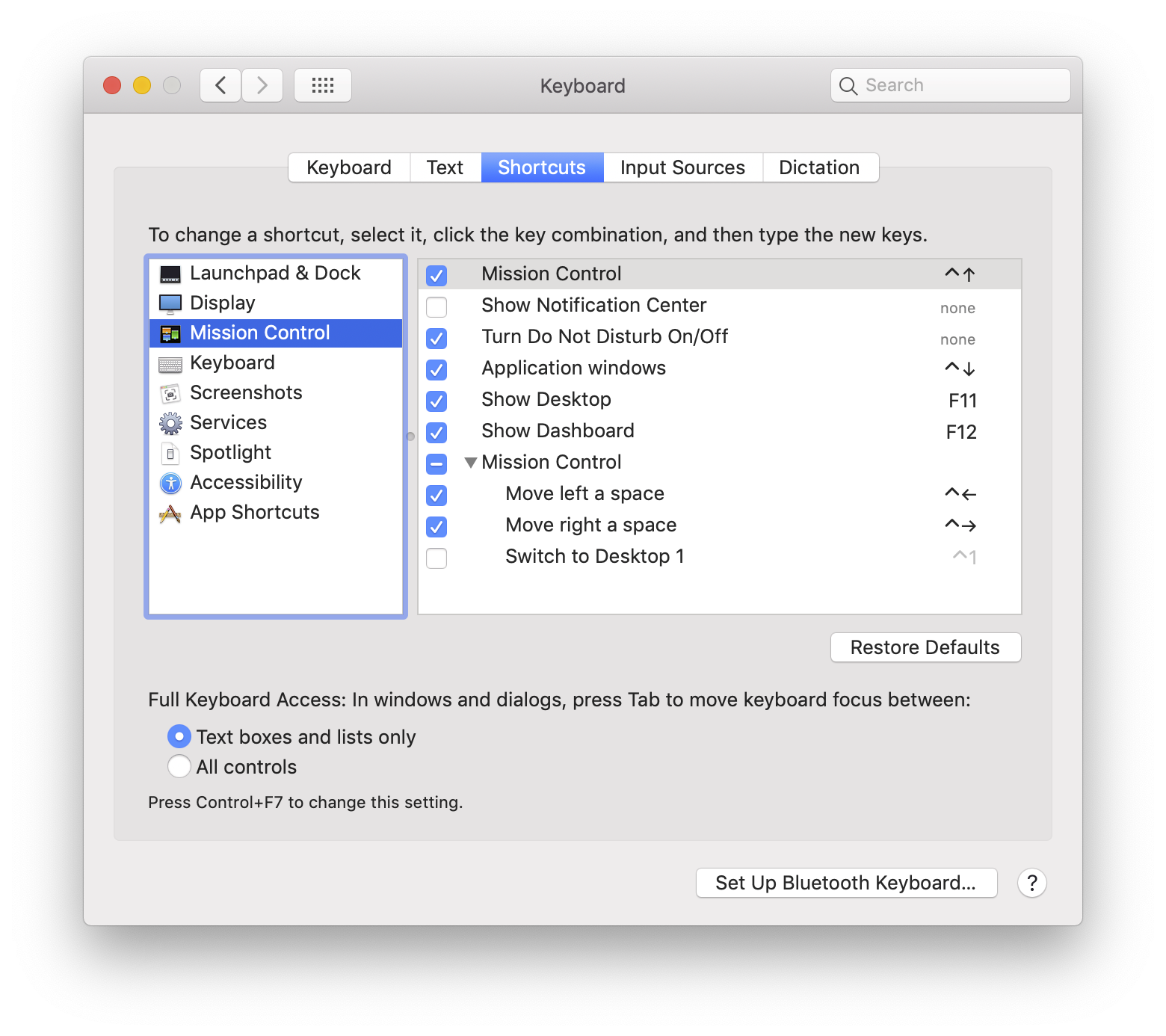 I will write a powerful mission- and vision statement, a slogan and 3 values – 350 words. The mission and vision statement are essential for every serious organization. You will be able to inform stakeholders, employees and customers of your purpose, direction and intentions. With 10+ experience, I know how to write a powerful mission- and vision statement that gives your organization the clear voice it needs. With my statements you will be able to establish your brand identity to the public and internally provide a compass for decision making. My services will be authentic, professional and accurate, writing your: Mission – What you are dedicated to doing.Vision – The ultimate goal you work towards.Values – The essentials that are part of every step you take.Tagline – A catchy line that gives your profile more character! A professional About Us page can also be written to provide even more depth on your history and activities. The content can be customized for any platform, including your: About us pageBiographyBio Executive summarySocial media pages (Facebook, twitter etc.)Website

I use standard settings to open Mission Control in MacOS Mojave 10.14.4 on MacBook Pro.

Normally swipe up with 3 fingers move all windows into Mission Control mode and I can switch to any available window.

After some time period of time (may be several days) Mission Control stops working.

Swipe up gesture freezes my Mac for about one minute (only mouse cursor can be moved, no other changes on screen). After one minute (without any error messages) I can use apps again, Dock works as well, Cmd-Tab works to switch between applications, but Mission Control doesn’t appear in any way. I cannot start it neither by using Shift-Up (standard shortcut), nor from Spotlight.

There are a lot of ‘solutions’ in internet, where everybody advise to restart the Dock. I have restarted Dock several times, both using Activity Monitor, or Terminal. Dock process Id gets updated (it seems to be restarting), however it doesn’t solve my problem.

Only workaround I found so far is to reboot my Mac.

I’ve run one-shots, I’ve heard the stories, and now I’m about to start a real long-running Paranoia campaign. And there’s one thing I’m not sure of:

Is the expectation that every major adventure begins with a whole set of new clones?

Is there anything that players can carry from adventure to adventure?

I’d expected that players would try to keep their clones alive through as many adventures as possible; this was implied by the Mission Book that comes in the Red Clearance boxed set. There are three missions, and the characters survive through the three. OK.

However, in the Mission Book 2.0 that comes with Acute Paranoia‘s boxed set, there are three larger adventures; and each one ends poorly for the Troubleshooter team. For example, the end of one mission has…

That’s a pretty terminal ending. The other two aren’t as brutally terminal, but they DO end with the party pretty much screwed.

The adventure in the Mission Book seems to expect a story arc for clones. The arc of missions end…

So, assuming the clones are supposed to have an arc, do you just gen up new clones when the last clone of a party member dies? This implies new clones.

Assuming the clones are supposed to die, what’s the point of Achievements that trigger at the end of the plot?

Is there some sort of Last-Will-And-Testament system that can be used to pass on XP Points and/or loot and/or information between adventures? Or is the expectation that it all gets vented to the Underplex?