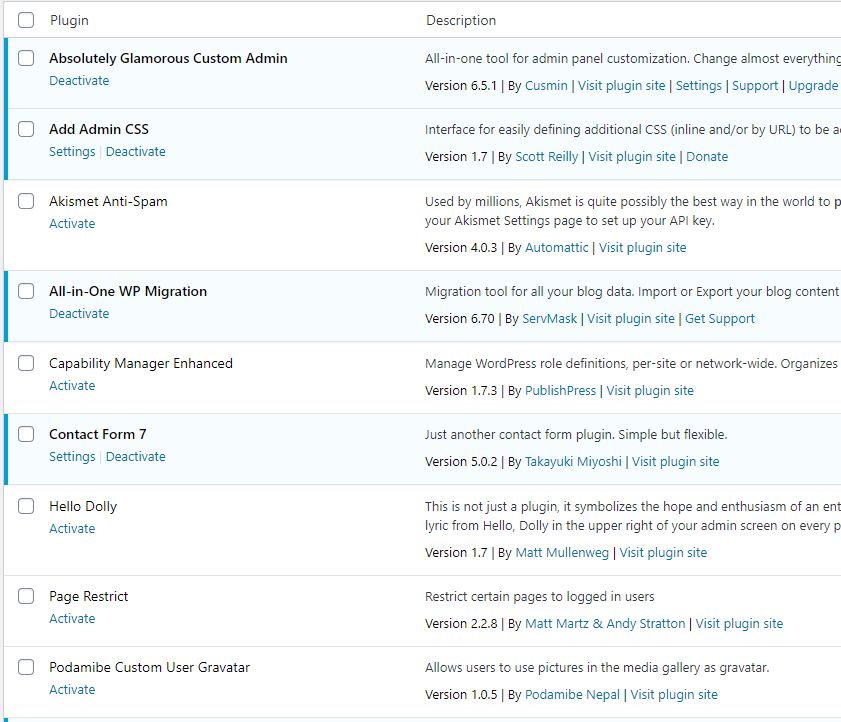 I checked Config file, there is no define(‘DISALLOW_FILE_MODS’,true);

Does anyone know how to combine the FontWeight option with Text[] items in Mathematica? It works fine with Style[], according the documentation. However when I feed this to Text[] (to then feed into the Graphics[] function), the weighting disappears and only assumes one of two weights.

I have a warlock who has chosen Pact of the Chain. This gives me the find familiar spell, which states:

You gain the service of a familiar, a spirit that takes an animal form you choose: bat, cat, crab, frog (toad), hawk, lizard, octopus, owl, poisonous snake, fish (quipper), rat, raven, sea horse, spider, or weasel. Appearing in an unoccupied space within range, the familiar has the statistics of the chosen form, though it is a celestial, fey, or fiend (your choice) instead of a beast.

Pact of the Chain allows a few extra forms for my familiar to take, as per the following:

When you cast the spell, you can choose one of the normal forms for your familiar or one of the following special forms: imp, pseudodragon, quasit, or sprite.

The part I’m interested in is where Pact of the Chain says:

Additionally, when you take the Attack action, you can forgo one of your own attacks to allow your familiar to make one attack of its own with its reaction.

Given how much damage a warlock can output with eldritch blast or similar, it seems fairly suboptimal to have your familiar attack instead of you (if we assume no multiclassing to give access to Extra Attack, and of course as a Pact of the Chain warlock I don’t have access to Thirsting Blade).

I’m not sure why a warlock would choose to have their familiar attack instead of just casting eldritch blast or similar. I’ve listed all of the various forms the familiar can take above in case there’s a specific form that has an advantage that another form would not, but nothing is jumping out at me. I’m not asking about the various other ways that familiars can be helpful besides attacking, this is just about having it attack instead of you.

The only reasons I can think of/have found, all of which seem pretty situational:

My question is not "what is every scenario in which it would be useful for your familiar to attack instead of you" (I mean, originally, it kinda was at first, but then half way through writing this out I realised that that’s probably an unbounded list or something, and would attract answers along the lines of "What about this scenario…", which the stack doesn’t do so well with).

Instead, my question is are my assumptions correct about having your familiar attacking instead of you generally the worse option (ignoring situational cases like my bullet list above), or am I overlooking something that makes this more useful than I suspect (even if that’s simply because there are a lot of situational cases that I’m overlooking, which doesn’t require an answer to iterate them all)?

I want to make a melee fighter, and I’m strugling on the choise of my armor for the build. I put my stats on my character when I’ll define all I want to do for my build, so let’s suppose that I can have the stat and race you want to define which armor is better.

I hesitate between taking an half plate and a plate armor whenever I can (which will be replace with their magic version whenever I can, my DM allowing us to buy magic items with gold).

On one hand, Plate give the best base AC, 18, and have a strength and stealth restriction that force me to play only in one way, but have the advantage that the only cost on the character sheet to have some point in strength.

On the other hand, half-plate give 15+dex mod (max 2) AC, which is less and with the same stealth restriction, but with the Medium Armor Master feat I can have the same amount of armor, and I can play stealthy if I need to. Plus investing in dexterity seams to me a better choice regarding that dexterity have a far more usefull saving throw, far more skills affected, and give bonus on damage and attack rolls with some weapons.

On my point of view half-plate look far better, but on most of the online build that I found, they use Plate armor and not half-plate, so I think I miss something crucial.

I can successfully import .png files, create tilesets, and use them in my tilemaps in Unity. Thanks to DMGregory, I just learned that there exists an option to customize the Tilemap Collider 2D in the Sprite Editor, which allows me to set a custom collider for every tile instead of going through them one by one.

The steps I follow while creating a tileset in Unity is as follows.

Then, I create a Tile Palette in a folder, drop and drag my created tiles, and start creating my level.

I have never encountered the option to modify the colliders tile by tile. What am I doing wrong?

I am trying to ignore a IP/port for sfportscan. I have tried adding the host this way: [IP] [port] and [IP]:[port].
But I get this error message: “Invalid ip_list to ‘ignore_scanned’ option”.

I have this admin page functions where I am trying to prompt the admin for some text data.

the problem that is only the last field is being saved and existed ain the DB, the top ones do not exist in the DB at all.

only last option is being saved to the db, top ones are all empty.

When creating Splittermond player characters with Genesis 6.1.2, how do I create characters with a higher hero rank than 1? Currently, it looks like I have to create an event after regular hero rank 1 creation that awards my character experience points, and then use those to advance them.

Is there an option to circumvent that step as it creates an entry in the character advancement log which I’d like to circumvent.

Is there any character option to gain teleport (or any improved version) or greater plane shift, as an at will usage, other than racial ability?

I’m not really looking at items, except as a last resort. All official material suitable, but no extreme TO, please.

The goal is ideally to plane shift at will, accurately to the desired destination. Doing a two step plane shift and teleport is fine if the greater plane shift cannot be obtained.