Normally, you would use a mail client for mail encryption. Though, I can access smartcard security functions from the browser for a secure login.

Therefore, is it possible to decrypt Outlook Web App S/MIME messages in a web browser like Chrome/Firefox? OS is Ubuntu Linux.

Is it possible to set up an outlook rule which will send a pre written message to another address when an email is received with an attachment over 20mb?

I have been racking my brain and the rules wizard with no luck, I can only get the rule to send the message back to the original sender address?

Apologies if this is in the wrong place,

My company provides a corporate Outlook webmail access similar to this one, and our employees login thru the Outlook webmail regularly when they’re working in the field. Recently, a co-worker in my company had her corporate Outlook webmail hacked and the I.T. department is still trying to figure out how it happened. We theorize it could have been hacked from brute force login attempts. Microsoft’s personal Outlook mail/Hotmail service has provided 2-Factor authentication for a number of years but this is absent in some corporate versions of Outlook webmail. Our version of Outlook is also lacking the 2-Factor authentication option. I searched online and on Microsoft’s websites to see if Microsoft implements some kind of rate limiting of login attempts before locking out an account but I couldn’t find any such information. Does anyone know if Microsoft corporate Outlook Web mail implements rate limiting or some other security measure to restrict brute force password attacks? I know that some enterprise systems will only allow a maximum of 20 login attempts for example, before locking the account and notifying I.T. administrators. Thanks for any info.

I get encrypted messages from hospitals as part of my career. Whenever a hospital sends me an encrypted e-mail, it comes through as a no-reply email from like a third-party encrypter. Ex( Email from noreply@somename.com “you’ve recieved a message from sos@gmail.com”. I want to be able to have a Auto-Reply for when i’m out of office. Is this possible to auto reply to the sos@gmail.com if I received the email from noreply@somename.com?

I have a sub-site inside a sharepoint on-premises 2013 team site, and i have enabled the “Offline Synchronization for External Lists” site feature. now from the sharepoint calendar >> I click on “Connect to outlook” , as follow:- 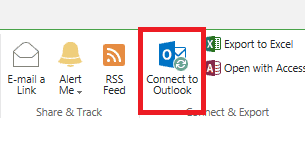 and i got the calendar inside my out look, as follow:- 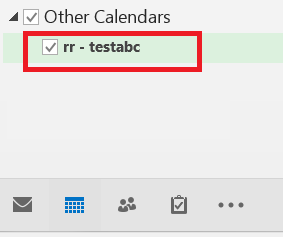 but the issue is that i am unable to modify the sharepoint calendar from my outlook, as when hover over a date inside outlook, i did not get the “+ ADD” link. also when i did the connect >> i got this dialog which mentioned that my permission will be Read on the calendar (so is this related to my issue that i can not modify the sharepoint calendar from my outlook):- 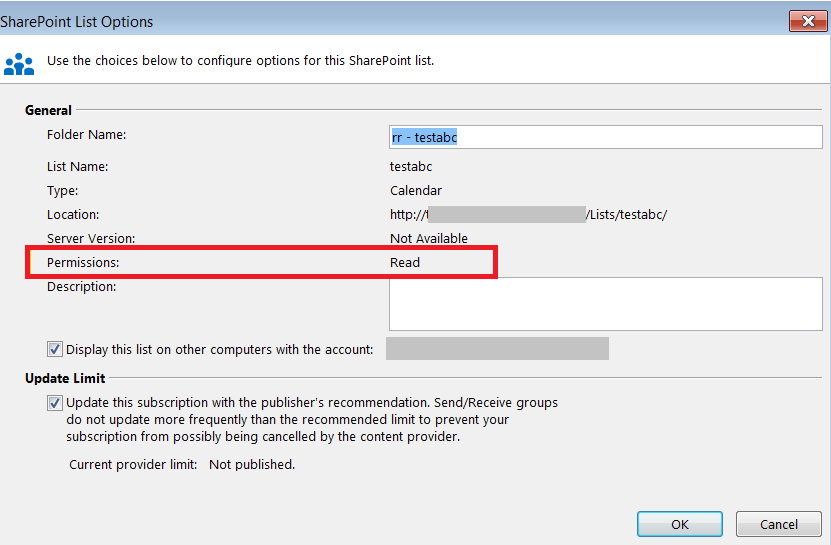 Recently we had a security problem. One email account which is based on MS Exchange 365 was hacked and the hacker forwarded all emails per rule to a Gmail account.

How common is this hack? I never heard or read about it before. It is also still a mystery for me how the attacker accessed the email account. Probably he stole the password somewhere but I can’t figure out how.

The send receive error outlook 365 has become a common error nowadays. And to fix it takes time as it involves many techniques. To help you not waste your time we have found ways to fix the problem. It is obviously a great ultimatum to repair the outlook PST but still, we would fix it.

To reproduce this vulnerability, we need to run Microsoft Outlook, then click “Rules => Manage Rules&Alerts => Options => Import Rules” and select the PoC file which causes Outlook to crash. 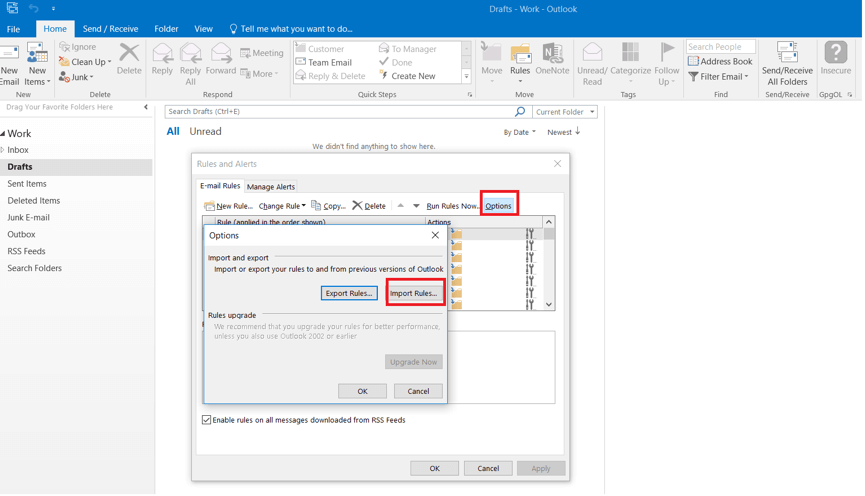 In the end they are writing:

Applying this patch is critical since an attacker who successfully exploits this vulnerability could use a specially crafted file to perform actions in the security context of the current user.

But how likely is that someone could exploit this vulnerability? I mean an attacker needs to send this malicious file to a user who needs to actively import this file which exploits this heap buffer overflow bug. It seems to me completely different from such attacks where an attacker sends a malicious PDF document which exploits some vulnerability in Adobe Reader. Here you need to actively hack yourself (similar to self-XSS in web security).

So this bug seems to be somewhat useless and very unlikely to exploit?

Such errors generate with Outlook based systems issues are really very frequent for the users. To overcome these errors can take guidance from Mac Outlook Search Not Working that surely fruitful for them.

I have a requirement where I have to update list item in a list fetching values from an e-mail. I have to create a button in the outlook ribbon, clicking on which the values (in key-value pair) should be stored in the sharepoint 2013 list. Cannot use server side coding. It has to be done by client side.