I am a new DM, trying to understand the magic of the Portable Hole. I’ve read through as many previous posts on Portable Hole shenanigans as I could, but none seem to answer my questions. One of my players has managed to find a Portable Hole, thanks to the random loot tables. He’s familiar with them due to having played earlier versions of D&D. I, having never played these versions, am not as familiar. We find ourselves at odds on just how this item works. In order to keep this post short, I won’t post my interpretation of the rules, though suffice to say I disagree with the following.

Do the rules shed any light on these complicated questions?

I’m working on an app that has mainly two entities: Company and User. A User can be an employee, owner, or a partner.

My current approach of modelling this is: 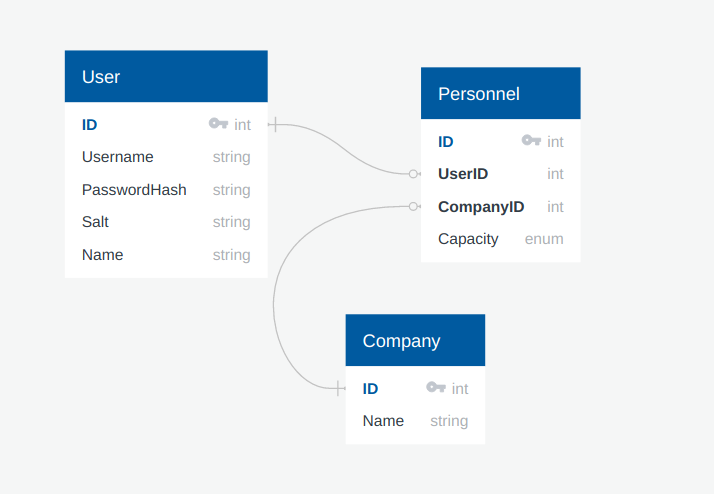 Someone got me confused suggesting I should have three separate tables for each of these capacities, which I don’t think is right.

I’m terribly unsure whether the capacity could grow to more in future.

Should I create another capacity table and reference it in Personnel as a foreign key, in case we wish to add more capacity? Would that be a scalable (and right) approach?

As far as of my knowledge goes, keyboard don’t store keystrokes in their memory by default (excluding those bundled with keyloggers). The thing that comes to my mind though is that some keyboards do have some built-in memory for storing user’s preferences (e.g. gaming keyboards). Can this be somehow reprogrammed to store other data than just LEDs color combo?

Can I sell my keyboard without worrying that new owner might recover previous input in some way?

I’m a GM designing the remote fortress of an ancient-but-still-living archmage (>=20th level?). The archmage lives in society at present, and only returns to his fortress a few times per year, or as needed, via a permanent teleportation circle.

Previously, the archmage hid in this fortress for centuries to escape persecution from…well…pretty much everyone, so the fortress needs to be protected against even high-level divination magic. For this reason, I plan to line the fortress with a layer of lead and have some permanent spells like Mage’s Private Sanctum, Nondetection, and similar, to prevent most/all divination magic.

At the same time, because the archmage has begun living in society again (in disguise), it makes sense that he would place some kind of alarm that would warn him, even at great distances, of intruders. Furthermore, it makes sense that he’d have a sort of permanent scrying system set up so that he alone could observe what’s going on in his fortress.

(Note: The archmage’s INT score is way above my own, so I figured I’d do the best I can by crowdsourcing…)

Which information is utilized in the account recovery process, after an account hack, if all personal information used to create the account was made-up (such as a nickname) and it’s impossible to assign the information to a physical person?

If both Gmail and Google accounts, which are needed to create the YouTube Channel, are created in a manner where all information submitted is made up and impossible to prove the ownership of,  by what does YouTube / Google identify me as the rightful owner of the channel?

My character just got a Staff of the Python. He has been using his familiar (owl) and a friendly pseudodragon as a little army. I’m thinking of using the snake as an ally as well–but there’s no description of how much the snake can communicate with the player, if it can at all. Does anyone have any idea of guidelines for this?

From the item description:

On your turn, you can mentally command the snake if it is within 60 feet of you and you aren’t incapacitated. You decide what action the snake takes and where it moves during its next turn, or you can issue it a general command, such as to attack your enemies or guard a location.

It doesn’t really mention any communication, other than issuing general commands. Can it keep watch overnight, if I tell it to wake me up if it sees any enemies? Can I have it scout ahead, as long as it’s within 60 feet?

We are deleting stale AD accounts for the companies we work for.

I contacted the owner of a particular company to help us determine which AD accounts we can delete. He said he’d first like to see what files the deletion candidates have stored on the network to help decide which accounts are OK to delete.

We have a domain admin account. Is there a way to access AD User files? Is there a PowerShell command (or GUI app) to list the files of each AD user in a clean/presentable format that we could present to the owner?

I think he’s only really concerned with the contents of each user’s Home directories (the directories containing the Documents, Music etc. folders) — and not network shares or shared folders users may happen to have access to — because the Home directories are the only directories risking deletion as a result of deleting their accounts, right?

Can .ac.uk domain names be transferred to a new owner and registrar in much the same way other domains are handled? Are there any restrictions on this?

I’m aware there are certain eligibility requirements for registration.

In the docker-compose file, below is the volumes instruction for builder service:

But, the mountpoint wheelhouse is being created with below permissions within container:

target folder on docker host has below permissions:

As per CIS rules, root is not a recommended owner within container :

root being a owner within container is a securtiy breach to get access to root name space.

As per CIS, which user is recommended owner of mount points? How to set this user?

TL;DR – When running nemo/nautilus with elevated privileges*, there are a TON of users/groups on the permissions tab… they’re all jammed in non-searchable drop-downs that don’t have any hotkey support. Looking for tweaks/alternate file managers/chmod gui-wrappers so I can change ownership from GUI without the accessibility nightmares. Any suggestions?

I have several versions of Ubuntu 18.04 installed in Virtualbox. I have primarily been using Cinnamon desktop/nemo up to this point.

Mostly, I am extremely happy with this desktop. But GUI-based ownership changes (from root) are frustrating because a TON of entries are jammed into a drop-down that I can’t search and can’t use hotkeys from (e.g. to press “r” to jump to “root”, etc). Launching terminal is reliable but slow to type out names when I’m in a hurry.

Note: That this isn’t really an issue when running the file manager from non-root accounts as the owner is not editable and only a few groups are displayed.

I generally run into this I am trying to fix botched ownership perms on shared folders that the current user doesn’t own. And it’s generally never as quick and easy as running a single chown -R command.

I have encountered this same accessibility design in:

I am interested in finding a GUI-based solution that meets these criteria:

At this point, I’m just hoping somebody knows of an option that I don’t… I don’t particularly care if this is a nemo-specific tweak, a system configuration, some obscure build option, a different file manager/desktop environment, some external app that wraps a gui around chown (as long as I can throw it in a nemo-action and pass it the path), etc. Mostly just looking to avoid the extra runaround of launching terminal and typing out longer names by hand when I’m in a hurry.

* Also, when I say I am “running as root” / “running with elevated privileges”, I mean the option that appears in the nemo/nautilus UI rather than me launching directly with sudo / pkexec / etc.

I’ll follow-up if I find discover anything that works but so far, I have tried the following:

I have not yet tested other file managers (planning to test thunar but not really familiar with what all is out there).

The non-searchable drop-down with lots of entries and no hotkey support that appears in (admin/root/pkexec) nemo and nautilus > properties > Permissions tab. 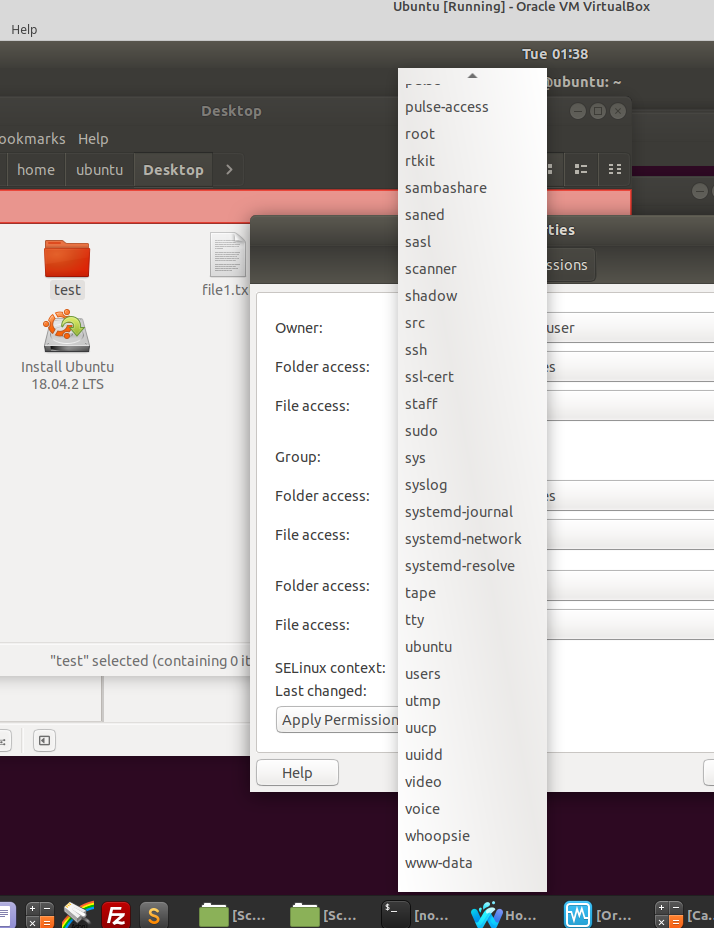