Being a DM here. Tring to set up a plot which involves an NPC being unconscious after a big fight so that he missed some important event (and only just awoke before PC arrives).

However, it is Pathfinder where magic healing is available. Unconscious due to loss of HP can easily be fixed by CLW from level 1 cleric (as long as he is not killed immediately). Even the unconscious caused by loss of CON can be fixed by Restoration (which does not need a very high-level cleric), not to mention that CON damage only commonly exists when dealing with undead/poison (which is not the case for the fight I planned).

Is there a better reason for this high-rank NPC to stay unconscious or at least disabled for some time if most of the low-level healing spells are available indefinitely? This is mostly a plot device but I just want it to make sense within game mechanics instead of just saying “he is just so unconscious that magic healing is not helping”.

Can visual inspection tell the reason a creature is unconscious? Is there a difference between a creature that is sleeping normally, sleeping magically, or unconscious due to dropping to 0 HP? Does a stable creature at 0 HP look or behave different to an unstable one?

This came up in game last night after a character in darkness cast sleep on themself. Another character moved to the unconscious figure. The player said “I shake them awake”. My question was, “How do you know they are sleeping? They might be at 0 HP, in which case wouldn’t the appropriate action be to use Lay on Hands?” The player knew what had happened but all the character knew was that they moved to within darkvision range and saw their friend unmoving on the ground.

Google has an IPv6 measurement page that reports that their numbers report on the percentage of users that access Google over IPv6.

According to the report by Jan 2020 0.3% of users in China used IPv6 to access Google

However, looking at this metric in dynamic we see the substantial drop starting from June 2019. 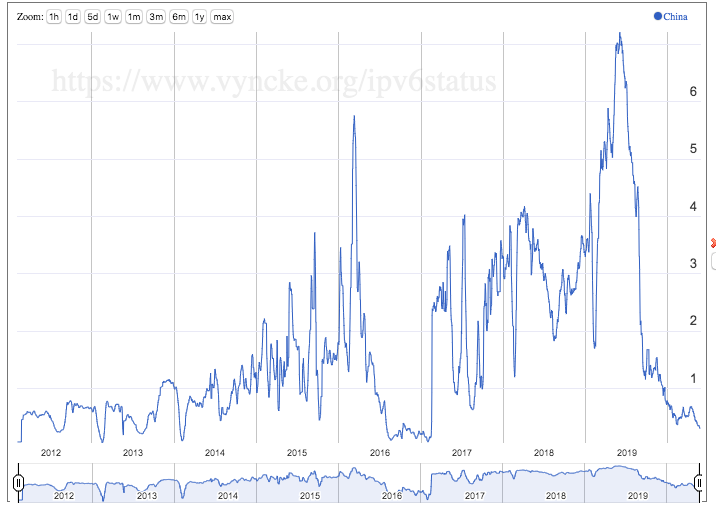 I failed to find any solid news that may cause such behavior. I have two hypotheses in mind.

He said they should have seen through China’s ‘lies’, and that they (WHO) should not have opposed any travel bans. Are Trump’s accusations in any way Justified? Oh, and BTW, why did he not accept Test kits available from the WHO, at a time when we REALLY needed to test people? From the NYT:  “A top White House adviser starkly warned Trump administration officials in late JANUARY that the coronavirus crisis could cost the United States trillions of dollars and put millions of Americans at risk of illness or death.” https://www.nytimes.com/2020/04/14/us/coronavirus-updates.html @anonymous . PLEASE do not block me and answer my question. But I will say one thing, your answer is devious. It appears to be objective but leaves out critical ‘highlights’.

I have a strange situation. My scanning machine is on networkA and target is on networkB. Those networks are managed by IP pools in cisco ASA.

When I nmap the target with -Pn -sS --reason, I get as results the following:

What doesn’t make sense is Host is up. It should not be there since there is no routing between those pools.

What do you think of that?

I’ve seen different references to online manuals for Pathfinder at d20pfsrd.com and paizo.com/prd.

What is the difference between these two sites?

Since the core rules are likely to be the same, having a more “official” source of rules seems moot. Are there any distinctive differences in content offered? e.g. Does d20PFSRD offer anything that the PRD doesn’t (or things that should be paid for), or does Paizo miss out on anything by people using d20PFSRD that they can invest in making new materials?

Is there any real objective reason to use one instead of the other?

I have no idea.

I’ve done everything. Literally the same as everyone in every single tutorial and youtube video. Ones from 2016 – 2019. (None from 2020 yet)

I’m using ettercap (graphical). I edit the conf file and do the firewall thing (where you remove the hashtags, and made the guid and uid things 0) I’ve edited the the etter.dns file, I’ve left it as is and just gone to microsoft.com with my other device (iphone btw, using google chrome), I’ve done *.com and just spammed characters and gone to .com. Nothings working. I’m using the right adapter (wireless, it’s the default on my computer. But I’ve also tried a new one I just bought that should work with Kali) I click arpspoof, sniff remote connections, and yes I double click on the dnsspoof plugin. The other device is target one, the second target is my router.

I’ve done the same thing for almost a year every day (I’m not in any kind of post-secondary yet, just doing this for fun). I know how a dnsspoof works as well. I check wireshark and the only things showing up under dns from my phone is all stuff my router has sent to my phone. None of it is what I’ve googled. There’s literally nothing related to what I’ve googled showing up under dns fitler. But the MITM is successful, because I get TCP stuff meant to be sent to my iphone, which stops when I stop the attack. I’ve tried this with and without ip forawrding on though I’m 90% sure ip forwarding has to be on. (I actually don’t know that be cool if someone could tell me) I’m using Kali Linux on a USB

this is insanely annoying and if someone could help me out that’d be awesome.

I train a resnet18 (also resnet50 and resnet152) to classify 1500 different vehicles and the loss curve has this weird shape. At the beginning of every epoch there is a huge jump. What could be the reason? I use cross entropy loss. 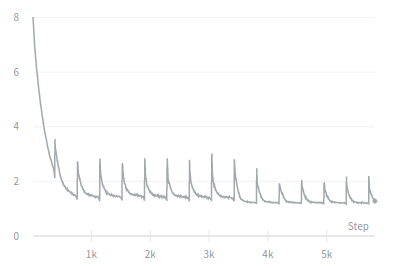 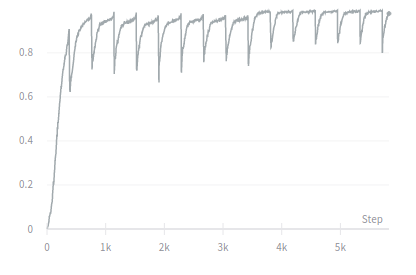 Our home games have been running with the Variant Rule: Flanking while playing on a grid. It came to a surprise to us, when we first played in the Adventurer’s League, that Flanking is not allowed in AL play.

I’m considering adapting the no-flanking rule in our home games now, and was wondering what comment or statements WotC have said about why they don’t allow flanking in AL. I am hoping to gain insight on which to base a decision.

To be clear, I’m not looking for an answer on whether I should or should not allow flanking (this would obviously differ from table to table), neither am I inviting speculation as to the reason why AL doesn’t allow it. I am looking for a WotC-representative (or similar) commentary on why the DMG rule variants, especially flanking, is not allowed in organized Adventurer’s League play.

What was your reason for leaving MySpace?

Mine was, I was never there.
I came online near its so called death, and just around the time when facebook and twitter were starting up.