I was reading M. Sipser, Introduction to the theory of computation 3ed. where he presents a proof by construction that the class of regular languages is closed under unions (Theorem 1.25). However, he omits the induction details for a formal proof of correctness. I tried filling in the details myself but it was a mess; how is this usually done?

Given $ L$ is a regular language, how can i prove that $ L^*$ is a regular language too? I’ve constructed a NFA which contains a new start state that has an $ \epsilon$ -transition to the original starting state, and also connected all the final states to the original starting state with an $ \epsilon$ -transition.

How can i formally prove that this is correct?

Have a question from an online course I am trying to take for a certificate. Came across a few questions like this and need help working through the problem and the rationale to get the solution. Any help appreciated.

I have a homework problem here. It asks me to use the McNaughton-Yamada algorithm to first convert a regular expression to a DFA, and then minimize this using a partition argument. I can do the latter. My problem is that I cannot access any actual reference on the algorithm. Their original paper is behind a paywall at IEEE that my university does not have access to.

The algorithm went something like this: 1. For each symbol in the expression, given them a subscript from left to right increasing by one for each instance of that symbol. For example, the expression, aa* would receive a_1 a_2^*.

If done appropriately, this produces a DFA. I think the labeling in (1) is to help label the states.

Feel free to come up with your own example if you decide to give an answer. I won’t provide any problem here because there is no guarantee that it isn’t actually my homework exercise.

I have been trying to figure out the Arden’s Rule and the equational method to transform DFA’s & NFA’s to RE. I know what the rule state:

With that said, when I’m trying to transform one DFA in a RE this questions pop:

For example regarding this DFA 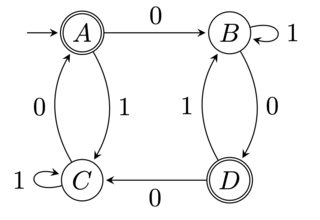 Keep in mind that I SERIOUSLY doubt my conclusions and I really need some help.

Assume $ L_1$ is a regular language, and define:

I first tried to prove by showing that the pumping lemma holds true, then learned that it was not a double implication and can only be used to prove languages are not regular.

Then I tried to draw an NFA, but didn’t make any progress.

What’s a good way to prove that a language like this is regular?

I don’t know how to show that $ L$ has infinite equivalence classes because $ \alpha$ is a palindrome. I tried to use something like this, but I don’t know if its correct:

I’m trying to convert the following NFA to a regular expression. 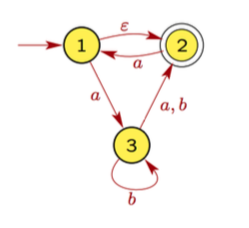 I’ve attached my work below and end up with the expression $ aa^*bb^*$ . As far as I can tell, this doesn’t seem correct but I’ve been working at it for quite a while. Can anyone tell me where I went wrong? And if it happens to be correct, can you tell me why?

Thanks a lot in advance.

Upon further work, I came up with the regular expression: $ aa^*b(b\cup aaa^*b)^*$ . This seems like the correct response. 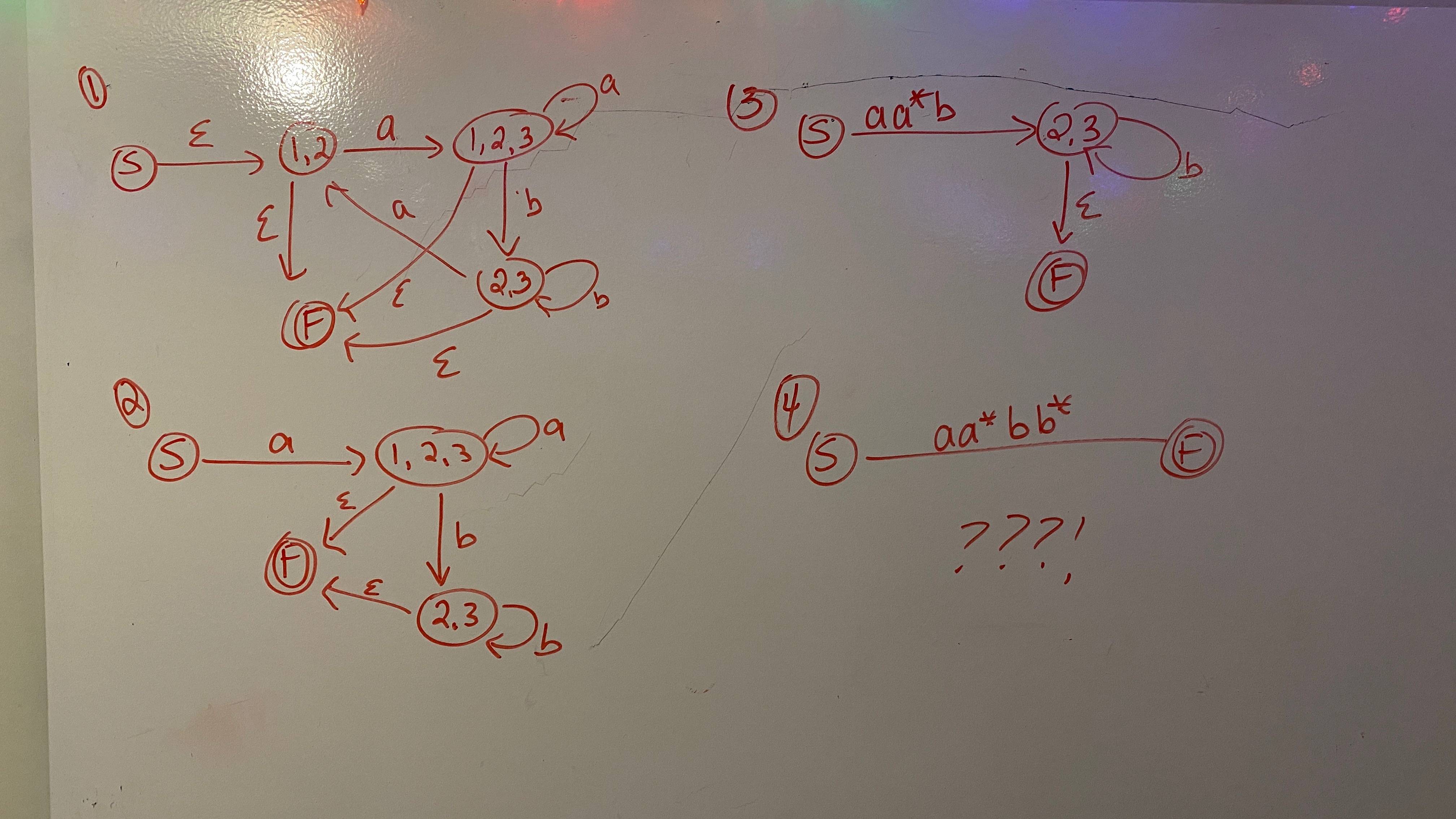