The below error I am getting

Get-WmiObject : Cannot validate argument on parameter ‘ComputerName’. The argument is null or empty. Provide an argument that is not null or empty, and then try the command again.
At line:6 char:56

I have 15 URLS all under same folder/recipes. Need help in setting up report in Google Analytics only for specific urls.

I built a report using Report Builder with 2 parameters(independent). Everything works as it should when I run the report in Report Builder.

When I publish it to WebPortal – some random set of users have the following issue:

Apart from a handful of seemingly random users, everyone else have no issues.

We use SQL accounts for authentication and all users have permissions to fetch data from tables. I checked if this issue is only with certain kind of parameters, but there seems to no common denominator.

I’ve come up dry on PowerBI, Technet forums. I appreciate any help/troubleshooting steps. Thanks 🙂

Assuming I am using the Page Scanner Addon correctly, it seems to return only one result for each url

Eg If I have three footprints to find:
New York
London
Paris

If a Page contains one of the search terms (not necessarily the first one) it will return a positive result for one search term and move on to next URL and never check for the other two search terms.

It seems that If I want results that have “any AND all” of the three cities I have to run the the search 3 times with only one Footprint active at one time.
Is that correct or am I using the Addon incorrectly?

I’m having trouble making sense of some reported CSP violations that don’t seem to actually be violations according to the CSP standard. I have not managed to reproduce the violations in my own browser, and based on my own testing I believe that the block is the result of a non-compliant browser. That seems like a bold assertion, but based on all the documentation I’ve read and my tests it’s the only thing that makes sense.

Here is (more or less) what the CSP is:

The problem is that I’m getting some violations sent to my reporting endpoint. Here is an example violation report:

The context would be that the page in question had a <script src="https://example.com/example.js"></script> on it somewhere.

To be clear, https://example.com is not in the list of allowed URLs under default-src. However, that shouldn’t really matter. Here are all the relevant facts that lead me to believe this is being caused by a non-compliant browser that someone is using:

Despite all of this, I have sporadic reports of CSP violations even though it shouldn’t. Note that I’m unable to replicate this exactly because the pages in question have changed, and I don’t have easy control over them. The only thing I can think of is that some of my users have a browser that isn’t properly adhering to the CSP standard, and are rejecting the URL since it is not on the list of allowed URLs, rather than allowing it based on its scheme.

Is this the best explanation, or am I missing something about my CSP? (and yes, I know that this CSP is not a very strict one).

Thirdparty pentest company reported their findings in our IOS app. In the report explanation for this vulnerability is

Apple provides default encryption for applications; however, the encryption could easily be bypassed by using publicly available tools such as Clutch. This was verified by performing static analysis that shows that the application code has not been encrypted, using a strong encryption mechanism, which makes it easy for an attacker to reverse engineer the application and to explore and modify its functionality.

For the remediation they suggested

The recommendation is to use a custom encryption solution for the iOS application. Is it possibile to build IOS app with custom encrytpiton solution? Is that something that is a feature when compiling IOS app?

Is there a way to use custom "encryption" for IOS app?

I’ve installed PBIRS on my laptop to do some development.

Each time try to connect it prompts with dialog wanting me to login. 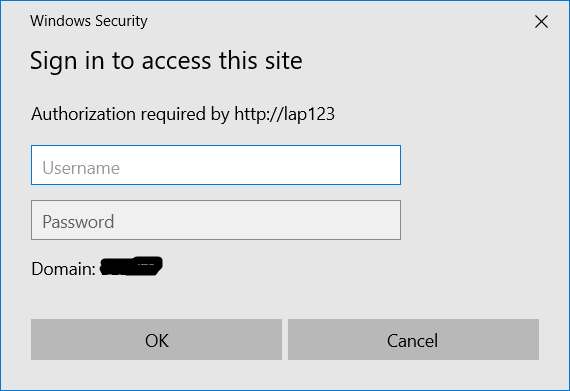 If I try and connect from a remote PC using the same domain login, it recognises me and logs me in without any problems.

What do I need to change so that PBIRS accepts my connection?

I have used the below expression to highlight duplicate column

Here is the code I am using to send email alerts. It seems to send more false +ves, can anyone guide me how to resolve this ?

I get Dmarc reports sent from various different sources. All of the reports generally have <result>pass</result> for all of the sections.

However, the reports from Google always have SPF fails:

I am unsure why my bounce domain is failing SPF checks, but it only seems to be on Google DMARC reports.

To be honest, I am unsure what the bounce domain does, should I set up an email address – bounce@bounce.eazyfreight.co.uk?

Any help sorting my SPF and advice re bounce.domain.co.uk would be great.