Does the highlighted "from your class" include the class I multiclassed into?

I’m somewhat of a linux noob and I’ve having trouble solving a problem I noticed on my new KDE Neon install. My 1TB hdd, which should be 931GiB of space, is being reported as 916 by df and treated as such by Dolphin. Both display 870GiB remaining after subtracting the filesystem’s reserve space, which should only be taking about 47GiB. My other drives show appropriate numbers. 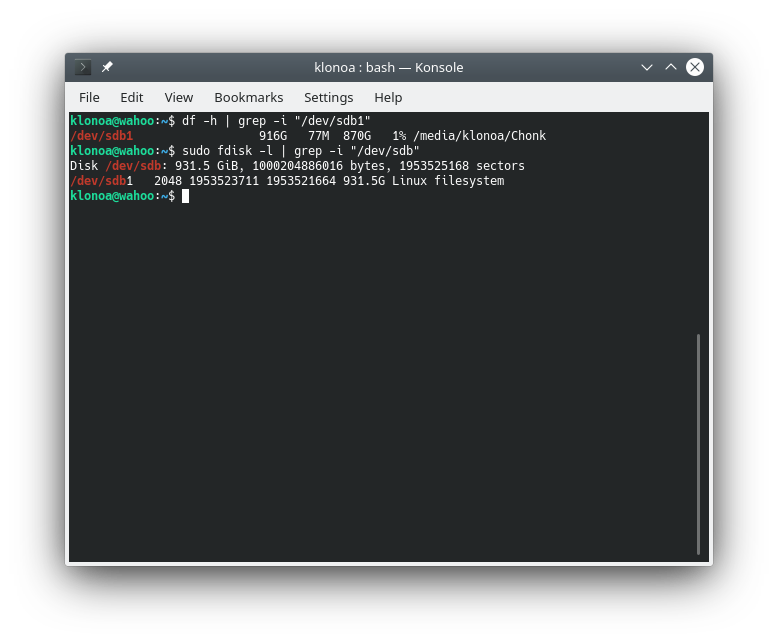 And here is the full output from df 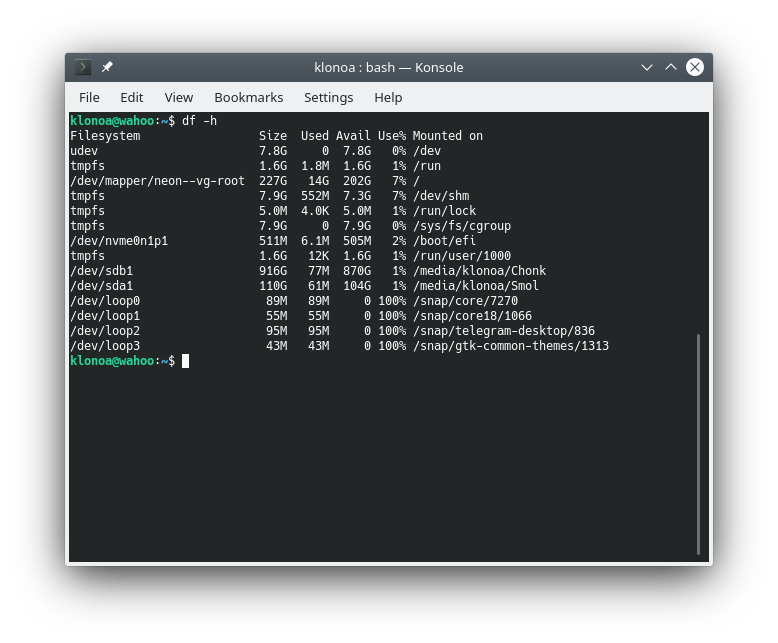 Does anything look odd? Am I missing something obvious?
I’d really appreciate some help.

The MSVC x64 cl compiler, unfortunately, no longer support asm instruction (inline assembler) inside the functions, and as a result of __asm _emit instruction also become unavailable, unlike gcc (which is support instruction like __asm __volatile (“.byte ” “;”) for any platform x32/x64).

For me, it’s a big obstacle for moving from MinGW to MSVC compiler.

I ask this question with the hope that probably anybody knows how to reserve or place some arbitrary sequence of bytes inside the function?

We are four family members and we want to spend our leisure in Pocono Mountains. What & how can I book for my family cozy stay at reasonable prices in Pocono to get all the amenities within along with games and other adventure activities that we can have for fun and enjoyment for all family members?

Following this question, I notified my player that I was thinking in changing the way that her combo would work. Before I could even say to her how that would work, she started digging the books again for some new, more “conventional” ways to raise her spellcasting limit.

She asked me if I would allow the Complete Mage from D&D 3.5, and I (stupid me) said yes.

Now she appeared with a new character sheet, with two feats that gave me chills – Storm Bolt and Heighten Spell.

Then I looked at her Character Sheet. She managed to bring her Int up to 24 (in a legal way), thus she have an extra 7th level spell slot.

I Immediatelly realized what she’s planning – she will put a Heightened Lightning Bolt (7th level) on that slot and use the reserve feat to use a 7d6 “at will” Lightning Bolt.

All effects dependent on spell level (such as saving throw DCs and ability to penetrate a lesser globe of invulnerability) are calculated according to the heightened level.

And them, Storm Bolt reads:

How the Reserve Feat will interact with this? I suppose it will use the effective spell level of the Heightened LB (7th), but there migth be nuances that I’m missing.

Im feeling a little uneasy about letting a wizard having an at-will 7d6 short lightning bolt, but again I don’t want to punish players by the creative use of the system.

These two feats interact the way she is thinking they do?

I try to setup a nginx container as proxy for my development site running on webpack-dev-server. Unfortunately, I got the problem with loading the static files (404 not found).

When the request reach the index.html file of proxy server, it try the find the static files at http://localhost:8081/static/js/bundle.js which is not the actual location.

Here is my index.html:

Here is my nginx config:

I need to create a custom module with the new Multi Source Inventory functionality introduced in Magento 2.3 that allows customers to temporarily reserve products added to their shopping carts. When a customer adds an item to his cart, it is reserved for “x” amount of minutes before it becomes available again to other shoppers.

I found the solution for previous Magento versions: Magento2: How to reserve product after add to the basket

and I know there are some paid plugins for Magento 2.3 (but not free).

Someone can help me?

I booked two seats for one way flight. The ticket doesn’t have seat number yet so I am allowed to select any available seats for a fee usually 2 to 5 USD for a seat. What if I don’t select the seats? How will they be allocated? Is it random? I booked via an online travel agency.