Trying to avoid with custom role:

A third-party plugin adds the capability ‘edit_booked_appointments’. I’d like to assign this capability to the already existing user role ‘editor’. I created the following function in my child theme:

As far as I understand the whole topic, user roles get written to the database so there is no need to hook this function into the ‘init’ action. What would be the correct way to do this? Is there a way to fire this once, after the corresponding plugin has been activated? I tried it with the action ‘plugins_loaded’ but that did not work at all.

I have a wordpress website with the plugins s2member and sportspress. When a user pays using the s2member stripe form, upon account creation it automatically sets the role as “s2 member level 1.” This is giving me issues because I use Sportspress to manage scores (it is a tennis social hub) and in order to have a player profile with Sportspress, WordPress profile roles must be set as “player” in the general settings. s2member disables the default account setting page in wordpress, since that manages sign ups. Ive tried modifying user roles for “s2member level 1” and I was able to access features of sportspress (like posting an event), but it wasnt complete since an actual player profile was never connected to sportspress on sign up! s2 member doesnt seem to let you add a special role like this but I could be wrong. I could only find one forum on the official s2memberforums and sportspress forums dont help since no one has tried it with my specific configuration yet. This is my first website so any help really would be appreciated

I am working on a DB design that lets me manage roles and permissions for each user per site. These are my business rules:

I already have two designs that I came up with, I just need validation which one would work better against my business rules.

First is using a ternary table site_user_role that consists of a relationship between site, user and role table. But this already breaks the rule of a user having only one role per site because those 3 primary keys would be unique and I can create a combination of two roles for a user within 1 site. Any complications with this design? 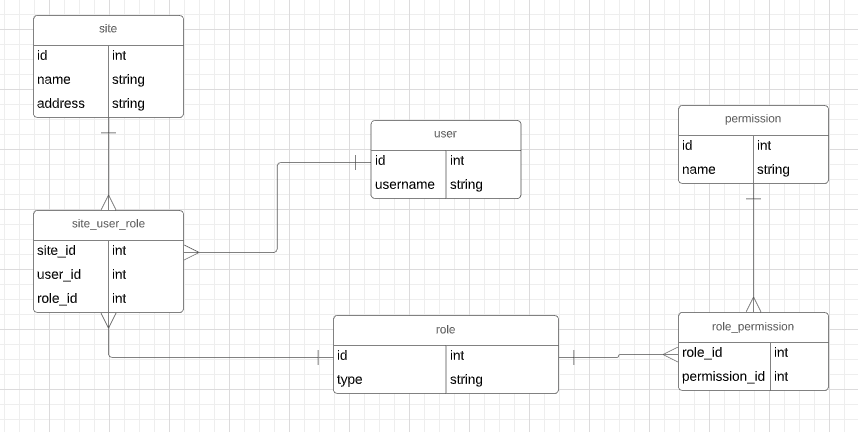 The second idea is having two binary tables. The site_user and site_user_role table. This arrangement I am quite sure I will not duplicate a role for a user on a site. But Is it weird to have a primary key aside from the Foreign keys on the site_user binary table? Any complications with this design? 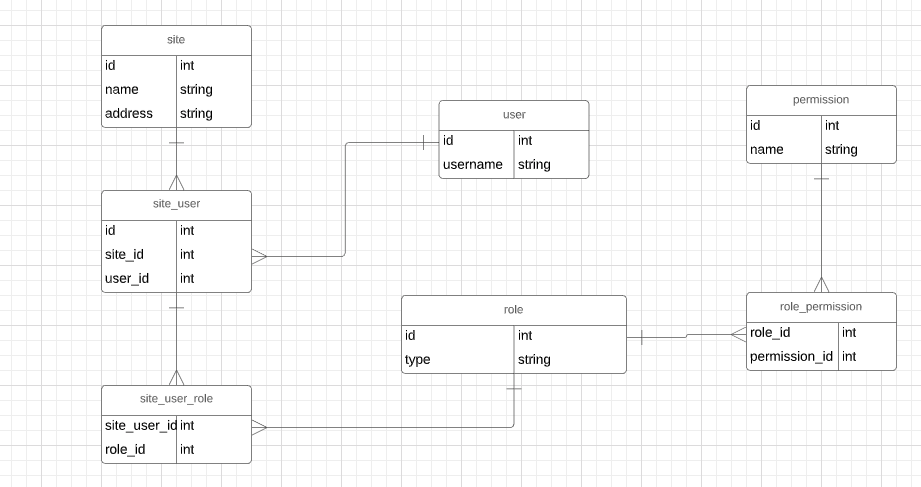 I am trying to create a master key on a master database of my azure sql datawarehouse. But my user does not have required permissions to do so. What are the roles need to be assigned/granted to the user or login of the azure sql datawarehouse? I was able to grant control access using GUI of SSMS to the user of sql server instance on-prem. And also I was able to create a master key with the help of that role on master database of that sql server.But there’s no direct provision to provide such access to the user on azure sql warehouse using GUI of SSMS. Is there any script to give permissions to user of master db so that I am able to create a master key on it?If yes, then what are those scripts and their sequence?I have really tried hard to find answers to these questions. Please help me to find the answers

I can successfully get all my WordPress users using the following code:

However, I need to filter the users with multiple roles (only get “role1” and “role2”). I have tried various methods including the following which does not work:

Are ‘Personas’ and ‘Roles’ different in every scenario?

Although i did my reading about roles and personas, im a bit confused about this topic with the context i’m working on.

Scenario – One day Bruce(Customer) finds out his water heater is broken and calls XYZ company to get it fixed. John(Customer service agent) receives the call and assigns Bob(Technician) for to install a water heater.

John, Bruce and Bob are these 3 personas? or are they considered as 3 different user roles who interact with XYZ service?

I’m a little uncertain what to add to my attack roles. Can anyone confirm which of the below highlighted modifiers I should be adding to my D20 role for attack with longbow? I am proficient in archery. Do I add all three or just some?

Thanks in advance, Mick

Seriously, they lose a lot of weight so fast to play some roles in movies. I know mila kunis started smoking to get rid of her appetite but what about other actors. Do they just starve themselves ? I swear they could lose like 3 stone in 3 months or something