I’m Developing a game that should have 15-60 levels when all the environments of the levels are the same. I created a scene (level1) and tried to build it the total apk is around 38Mb which is fine. But When I duplicated this scene to create the other levels and build my game the file size jumps to 148Mb which is problematic for me.

Here’s some of the editor log of the second build:

I’m sure I’m doing something wrong I don’t know where is the main problem. Any help is soo appreciated.

Is there a way to limit the FPS in the Scene view of Unity?

I tried Application.targetFrameRate but this only works in the game view.

I’m a beginner in Unity, I wrote a script that will load the next scene whenever monsters in a scene are dead. The script is working fine. Here’s my script.

However, I only have two scenes in my game and When Unity gets to the final scene, it displays an error since there is not next scene to load to.

My question. How do I tell unity that it should stop trying to load the next scene and instead Display a message to the user? The message displayed can be something like "This is the final scene".

Thank you all in advance for your answers.

The script is attached to a transform that move to a target and than when reaching the target the transform become child of the target.

The script is working fine as it is now but if I drag with the mouse in the editor in the scene view the target to the moving transform while the transform is already moving to the target then the transform start stuttering and even moving back a bit like pushed back some forces pushing it back maybe because I’m using lerp in lines 55,56 ? I want to use lerp but maybe it’s making the problem?

Second if I move the target away from the transform instead trying to chase me and reaching me its doing this problems again.

Apparently I don’t understand real time lighting. I have an interior scene with some windows. The light is from an OmniLight near the ceiling, default environmental light from outside, and a desk lamp with emission. Without baking light, the scene looks like this: 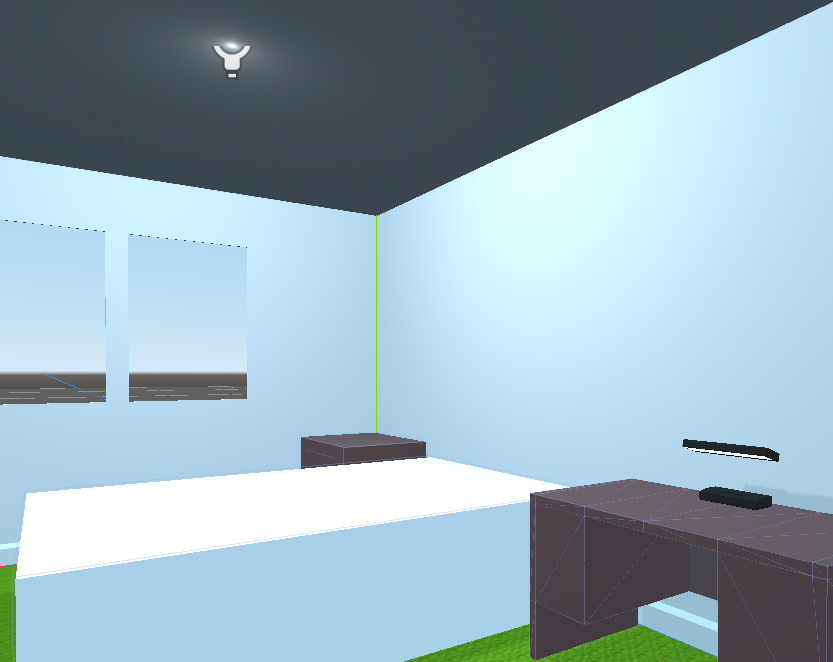 Consistent with the documentation for emission, the desk lamp is not affecting the surrounding objects. I want to bake the light to see the lamp’s effect and to support low end hardware.

I followed the baked lightmaps tutorial and set the BakedLightmap’s extents to encompass the entire room. After baking, the scene looks like this: 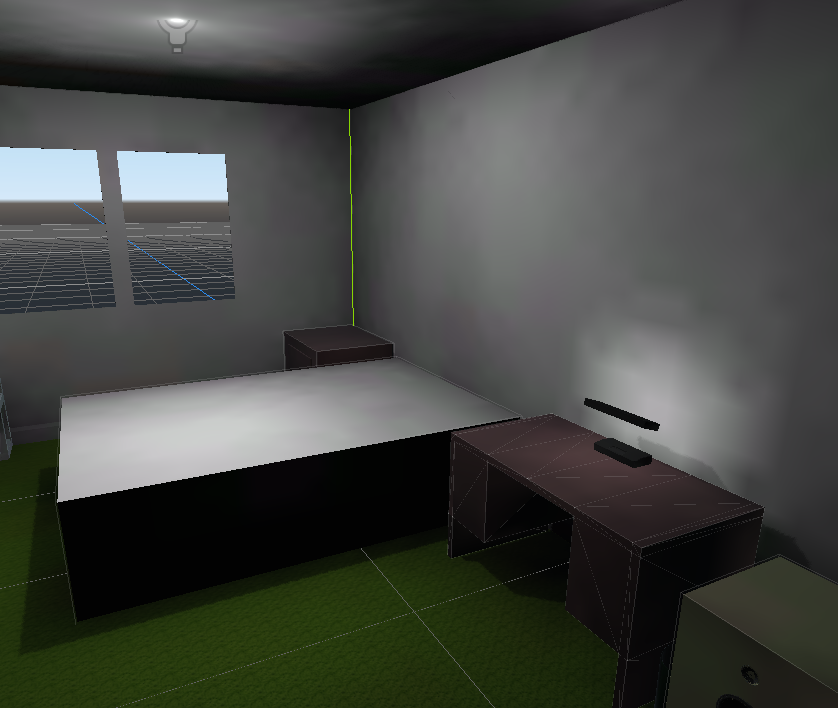 I can see the lamp’s light, as expected, but now everything is too dark. It is unclear to me from Godot’s documentation if scenes include indirect light without baking. I have tried this with the OmniLight set to bake "all" and only indirect light.

I tried this but it comes up with null reference error pls help!

I’m very new to Mirror in Unity but I have a lot of experience in Network-programing.

I’m currently trying to create a Game, where the Player’s data is stored on the client, and can join different games (not concurrent) with his/her character. (Likely to Terraria)

So I can’t use the automatic Player creation of the default NetworkManager class. After clicking "Join/Host" in our Main-Menu I want to change to the scene the player has played in, Hosting/joining a server and create the player on the server with the specific position…

I have tried now multiple attempts to do this, but none of mine seemed to work. Am I the even possible to have the players in different scenes with ease? Where/When should I create the Player so isn’t null on the Server?

I have a room that I want to connect to a staircase. Both the room and the stairs have the following parameters:

I need to "magnet" the "Room Exit" position of the room (start room) to the "Room Entry" staircase. The staircase itself, I create through Instantiate

How can i do this?

How do I load the next scene in unity when my player hits a 2d sprite?

This is my current code –

Where do I put this code so that when I collide I load the next level?

I am using modern OpenGL to render a 2D non grid/tiled world map. I’ve generated some simple normal map textures to render over the base world map to provide terrain elevation/detail shading. Terrain is not tiled (triangulated from noise), so the majority of these terrain elevation features can overlap. This is good as it gives a more continuous appearance to mountains etc.

However the normal map shader needs to sample the base terrain color and apply the lighting value to it before returning the output color. So I can’t render two overlapping normal textures without the second ‘cutting out’ the first where they overlap (the second texture render cannot see the output of the first).

My solution to this was to use a 3 pass render to texture via FBO. I attempt to divide the normal textures destination locations into 3 non overlapping groups and render 1 group in each pass. This works to a point, but of course where a texture overlaps more than 3 neighbours the cut out problem remains.

I could just increase the number of passes/groups to 4, 5, 6… and perhaps this will resolve most cut out issues. While this would probably still provide reasonable performance on my system I am guessing there is a limit where integrated graphics cards may struggle.

Is there an alternative solution for this that could scale better to lower end systems? Or is perhaps even a 5 or 6 pass full-screen render viable on even integrated graphics these days?

The first render pass draws the entire 2D scene (minus terrain shading) and is obviously the slowest, but it happens only once. The remaining passes make a screen size copy of the previous pass to a second texture (rendering to a screen sized quad) and then render normal textures to this copy using the first texture as input. Adding more passes would only repeat the screen sized texture copy and normal texture rendering.