"If the two races were ever to team up against the illithids" – MToF, pg 85

"The githzerai were born as a race…" – MToF, pg 93, under the heading Githzerai

These two quotes imply that the Githyanki are (lorewise) two separate races. However,

"Long gone are the days when the gith race" – MToF, pg 87, under the heading VLAAKITH’S DILEMMA

Are the Gith one race with two subraces, or two races?

I would prefer 5e sources, that distinctly mention this, but if nothing else is avoidable, then sources from other editions are acceptable.

I will be playing a Changeling in an upcoming campaign (homebrew setting). I’m interested in hiding not only my race, but also having one or more "retainers" — alternate identities / personas that my changeling can slip into and out of as needed.

The catch is, I wish to conceal (at least at first) the fact that the PC and the NPC retainers are actually a single entity! The most straightforward way of doing this would seem to be observers seeing "both" characters arrive to the starting town at the same time. I would want this to deceive NPCs and fellow PCs.

What magic / mundane / class features do I need to pull off such a deception at level 1? If not, what’s the earliest level you could realistically pull the wool over NPC eyes, solo? The ruse must be able to confound casual observers, but bonus points if it can stand up to additional scrutiny!

I don’t have a set class for this character, but am leaning towards Bard, Rogue, or Wizard. Since I’m trying to fool the party as well, count on no help from them.

I want to create high browser cached shell app which is basically one cached file index.html which works like spa and it uses progressive enchantment to fill with content, but there is problem for open graph meta tags for Facebook, LinkedIn, Twitter, and of course with SEO also ( yes I know that these days google can parse JavaScript oriented applications but others can’t ), and we cant redirect on server side by bot detection because we are using static file hosting like netlify, so basic idea is this:

put canonical url for every page to redirect crawler to /seo/$ page, and on /seo subfolder we will be serving pre-rendered static pages which contains all open graph tags and also don’t contain all the css ans JavaScript, just content and html tags ( this is not necessary but idea ise to optimize unnecessary bandwidth )

and most important question is beacuse i suppose that links in google search will then be with additional parameter /seo/ which is not good, is there any solution to force google to use original links or to redirect to /og/ urls just for serving open graph tags for facebook and other social network regarding information that google actually can parse javascript today.

Would sitemap.xml or robots.txt somehow be helpful for redirecting just facebook parser?

I have a big dataset in excel that I have imported in r and now I want to separate years, months and days

I need some help doing such changes on my site. First of all, I want to show n selected color label to show beside Color title. and second of all, I want to show Add to cart in a separate row not in the same row with quantity. I am attaching a picture below for the reference. Pardon me if it is a silly question I am learning about WooCoomerce. 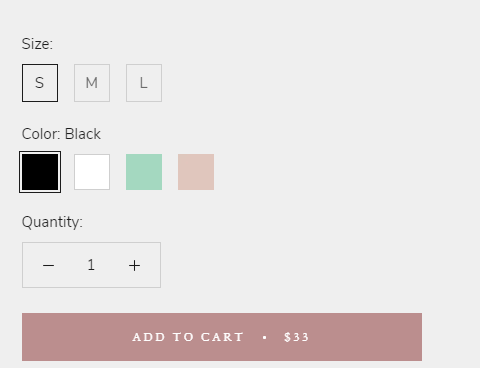 I want to know how to separate information within 1 line of user input using Python3. For example, the user types

The 5 represents the number of numbers that follow, and I want to store those numbers (1, 7, 8, 12, 13) in 1 array as integers. I have tried splitting off each number as a String and then casting it as an int, but this doesn’t work well if the input line contains two (or possibly more) digit numbers.

I am using Elementor and ACF. Using ACF I created oEmbed field for adding videos for each post. Idea is to show all uploaded videos on separate page.

So on separate video page I want to display all videos related to this ACF oEmbed field from all posts.

I’ve tried with Elementor Custom Skin plugin, but two problems. Video UI is not like on Vimeo and another problem is display empty fields, so I have empty div elements, but I’ve add conditionals logic and still problem.

As stated in this question, you can’t move between attacks when casting spells like Eldritch Blast as per RAW.

My question is, if a GM would allow this to happen (cast a beam to a creature, move, and then cast the second beam at the same creature) invoking RAI or just because he fells like it, would that unbalance the game in any way ?

Some spells (Eldritch Blast, Scorching Ray) involve making multiple attacks, in that they require multiple attack rolls. Under the movement section of the PHB, the “Moving Between Attacks” reads (PHB 190):

If you take an action that includes more than one weapon attack, you can break up your movement even further by moving between those attacks. For example, a fighter who can make two attacks with the Extra Attack feature and who has a speed of 25 feet could move 10 feet, make an attack, move 15 feet, and then attack again.

However, Eldritch Blast and Scorching Ray are not weapon attacks, so unlike a Twinned Booming Blade, they would not satisfy the wording of that particular rule.

The introduction to the “Movement and Position” section, however, reads (PHB, 190):

On your turn, you can move a distance up to your speed. You can use as much or as little of your speed as you like on your turn, following the rules here.

This provides the general notion of movement and does not give any restrictions on timing except that it must be on your turn. “Following the rules here” only explicitly applies to the amount of speed used.

“On your turn, you can move a distance up to your speed.” could be considered parallel to the description of bonus actions (PHB, 189) “You choose when to take a bonus action during your turn, unless the bonus action’s timing is specified” in which case, barring a more specific restriction, movement can be used at any time on your turn.

A related question of mine is similar, but asks whether a bonus action can be taken between the attacks of a spell.

As usual, did quite a research in different books and academic articles, but can’t really get a clear picture.

For the Hashing Collision resolution in Hash Tables, we have one very popular strategy for resolving it, and it’s called Separate Chaining.

I’m aware, that in the Separate Chaining strategy, elements, which end up being collided due to hashed into same particular index, are (or will be becoming) Linked Lists.

One instructor even said so, that:

Elements of the backing array in separate chaining, are linked lists.

My question is following: is the type of backing array Linked List from the moment of creation of Hash Table (during separate chaining strategy implementation), or it gets converted to that array after first collision? because, having Linked Lists as each element of the backing array means, that those Linked Lists, should be a list of the elements, which in turn, are Entries/Buckets of a pair of key-value. This all really consumes a lot of memory and resource, I reckon.