In the Eberron: Rising from the Last War book the Changeling “Shapechanger” ability (page 18) begins by stating that:

As an action, you can change your appearance and your voice.

However it ends by stating that:

You stay in the new form until you use an action to revert to your true form or until you die.

Were one to be in an adopted form and wish to use an action to change into another a literal reading of these two quotes seems contradictory. At the very least it seems ambiguous whether the latter rule is intended to limit the prior.

On the one hand it seems obvious that at least one of the intentions of the second passage is to make it clear that only death can undo your “disguise”. On the other hand it may also imply that shapechanging from an adopted form requires turning to your true form (“pale, with colorless eyes and silver white hair” as per the description on page 18 of the same book), and then turning into a new form.

Since this would require briefly being in a distinctly changeling form (giving away to observers the source of your shifting ability) and require an extra action, it would be a slight limitation on what is obviously a rather strong racial ability. Also it seems like the second quote could easily have been written “you stay in the new form until you use an action to change into another form” rather than “to revert to your true form”. But once again, it also just seems like the concern might be about whether you can be forced to revert or whether you do when you fall unconscious or some such, and the first thing the ability says is that you can shift “[a]s an action”. Basically I’m stumped.

My personal interest is that I have a Changeling character who identifies primarily as human, keeps roughly the same human form unless there is a specific reason to do otherwise, at which point I’ve always had her shift directly to a new form rather than into a pale changeling “true form”. I’ve played the character for about four months but am trying to follow the published E:RftLW rules now that they have been published.

Plane shift are free D&D5 supplements that allow you to play your D&D Campaign in some of the universes of Magic The Gathering. Since Zendikar, there has always been a Plane Shift for the released sets (except core sets and Ravnica, that has got a bigger book).

The set has been out for less than a month, but I’ve been unable to find one for Throne of Eldraine. Will there be one?

Should/could a creature tell the difference between an enemy gone invisible and an enemy that switched to the ethereal plane? For example when someone uses blink, would an enemy NPC continue attacking the spot where he was assuming he is invisible?

I’m not sure if there is a RAW answer for this, so I would also appreciate answers based on experience.

I tried to trace this machine with an example but failed to conclude that the machine is really a right shift machine.

I tried to create a right shift machine. 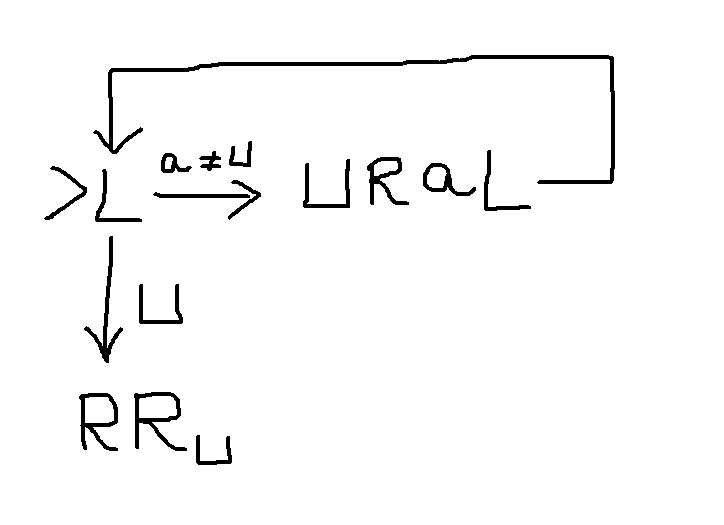 Which one is wrong and what did I miss?

Eg.: Take a 2’s complement signed integer -5 and 5 bits are used to represent it.

So after two arithmetic left shifts -5 became 24. I expected -20. Why is this the case?

In the parsing tables of SLR(0), LALR(1) and LR(1) I have seen that shift moves and reduce moves have separate columns from Go-to Moves. What is the logic behind this?

I understand the difference in the parsing tables of the above 4 parsers. I understand that CLR>LALR>SLR>LR(0) in terms of power.

Are shift and goto moves for all LR parsers ( LR(0), SLR(1),CLR(1),LALR(1) ) same?. I think goto should vary as reduce moves vary? Also, if a grammar is accepted by CLR(1) parser, for which parser it would have highest and lowest no. of reduce moves or would it be the same? Please explain

Regularly, when I am using Photoshop CC 2018 (mostly) suddently I got a modifier key who stay always activated sometime it is the COMMAND key, or sometimes the SHIFT key which make impossible to work with these kind of applications using intensly the modifiers keys for almost anything…

The only way is to reboot, but even so, I suspect that when I have rebooted and relaunched Adobe Photoshop, the mean bad appends very quickly, so very hard / almost impossible to work

also, I have a WACOM INTUOS 4 Tablet, (actually with driver 6.3.32-4) BUT I got the bug since several previous version of the wacom tablet driver and (suprise) a mouse and a keyboard. worth mentionning : the keyboard is actually a window keyboard. but it didn’t need any driver to install. I just got few key not related to mac function, but even the F1 to F15 key function work as intended by apple when using it with the FN key (SOUND UP/ DOWN / MUTE and misssion control etc…)

Please is anybody can help me plizzz ?!

Thanks very much in very advance ! Tell me if you need a EtreCheck Report, (?) if so I can quickly post a link of my current report.

When I have a cell selected, how can I select from that cell to the end of its row? Shift + End works in most spreadsheet programs, but I can’t get it work. I use Chrome on Linux.

I’m needing to be able to shift this equation to the left or right, but can’t figure out how. It’s for a programming project that I’m working on, and I need to model a wave that slowly progresses from short bursts into long big bursts.