On the skeleton template page, it lists a "Skeleton Archer" Template. This is a CR+0 template.

Skeleton (Medium Archer): While not as intelligent or skilled as skeletal champions, skeletal archers are nevertheless a welcome addition to any undead army. Skeletal archers gain Point-Blank Shot and Precise Shot as bonus feats. (CR +0)

Assuming that any template could be selected from that list, should a template like this cost extra HD for the purpose of animate dead? If so, how much extra would be appropriate? Would a 2x multiplier be appropriate for this?

The SRD claims that both the Skeleton and the Zombie have the following mastery in languages:

I’ve always taken this as that the original creature that turned into the sekeleton or zombie, mastered a certain language and took this knowledge with them when they became an undead creature. However, when looking at the Specter, I noticed it said the following:

Is this difference intentional? Does the skeleton or zombie explicitly need to have said something in the language it mastered, or this is just a small overlooked difference that I should ignore?

Does a zombie or skeleton explicitly need to have spoken in life, or is this an unintended difference?

If I were to raise an undead zombie but I wanted a skeleton instead could I burn or peel off the flesh of the zombie in order to obtain a skeleton? If I did that would the zombie’s stats change to a skeleton’s or remain a zombie’s?

This is a follow up question to Can I make a skeleton from a zombie?

In D&D 5e, there are very few ways to get a permanent necrotic follower. Usually you have to reassert control over them. Finger of death, I think, is the only way to get a permanent undead follower, but I am pretty sure that only applies to zombies, as cited below.

I am interested in the exhaustion immunity of skeletons, and enjoy their appearance much more than the zombies.

Is it possible to get a permanent skeleton companion?

For some reasons this question is not about vulnerability reporting as many question I read, but rather about the writeup of a good, professional paper that states all details about hole.

I can think of some:

I have an for a changeling character, but instead of appearing in a human form or stuff like that, I want them to look like a skeleton. I’m thinking a grim reaper-type character, but I know I can’t really pick skeleton as a race option. I would be using the changeling from Eberron: Rising from the Last War.

Can a changeling PC use the Shapechanger trait to look like a skeleton?

How can I get a straight skeleton of an image.

Background, using least lines to reconstruct the window flower. The question is something like getting a good wireframe of a 3d model, I want to construct such a wireframe 3d model from the image.

How to get a smooth outline 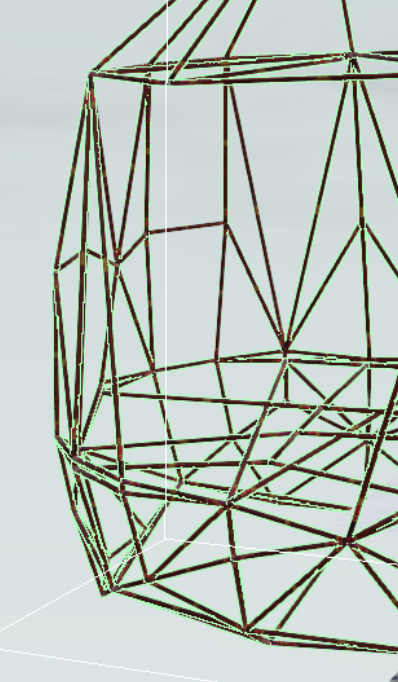 We are beginning a Curse of Strahd Campaign and one of my player’s wants to make Skeleton Necromancer. Since there’s no official Skeleton Race I created this from the Monster Manual entry on Skeletons, while also throwing in some extra ability’s from other creatures on my own crazed ramblings in an attempt to make up for the common vulnerability.

Size. Skeletons match the height, but are half the weight of humans. Your size is Medium.

Speed. Your base walking speed is 30 feet.

Darkvision. Thanks to your undead nature, you have superior vision in dark and dim conditions. You can see in dim light within 60 feet of you as if it were bright light, and in darkness as if it were dim light. You can’t discern color in darkness, only shades of gray.

Body Construction. Because of your relentless undead fortitude your body is capable of detecting and reattaching limbs without much issue. After a long rest you can choose one of the following ability’s.

All abilities last for up to 1 minute at which point the limb will take the most direct path back to the body or the extra bones will fall inert to the ground, but you can end it early by reattaching said limb or spending a free action to drop the bones. Once you use your chosen ability, you cannot use it again until to take a short or long rest. You can chose an additional ability per day at levels 5, 10, 15 and 20, this could be a different ability or the same ability for an additional time each day.

False Appearance. While you remains motionless, you are indistinguishable from a pile of bones.

Necrotic Constitution. You have resistance to necrotic damage, and you have immunity to poison damage, the exhaustion condition and the poisoned condition. You also have vulnerability to bludgeoning damage.

Undead Nature. You skert the line of life and death, you count as humanoid and undead when it comes to spell effects and ability’s. You can’t and don’t need to eat, drink, or breathe.

Languages. You can speak, read and write common and one other language of your choice.

The vulnerability was actually requested by the player so I’d like to keep that if possible, the other abilities such as Body Construction, False appearance and the other elements of Necrotic Constitution where added as a way to make up for the vulnerability to a very common damage type.

If I need to be more specific about “Balanced”

I haven’t known how to choose one of them yet due to some reasons:

Therefore, I can’t decide which one is better than other yet. Hope to learn something today 😀 Thank you guys!

I am using the skeleton component as part of Material UI’s API: https://material-ui.com/components/skeleton/