it now happened three times that my stats in the project area are gone. Yesterday evening I started the campaign and everything was fine.
Lots of links were submitted – but now when I look at the file where those get saved (show URls –> submitted), only one URL was left. All the rest is deleted somehow or just gone or I don’t know what happened.

Is there anything that I’ve missed here maybe?
The software is updated and apparently all seems to be working – but then, when I come back it’s simply gone.

Thanks for any help 🙂

The following question already exists and explains that you can cast spells gained from the Magic Initiate feat if and only if the class you choose is the same as one of your own:

So let’s assume a Wizard take the Magic Initiate feat and learns the healing word spell with the Bard option of the feat. It is established already that they cannot cast this spell using their own spell slots, for some more supporting evidence classes received errata and the Wizard class now states the following under “Spellcasting” (the bolded word “Wizard” was added):

[…] The Wizard table shows how many spell slots you have to cast your wizard spells of 1st level and higher. […]

With that established, I’m a bit confused what happens when this Wizard decides to multiclass into Bard; the multiclassing spellcasting rules state:

Before multiclassing the Wizard could not use any of their spell slots to cast healing word, but by gaining one level of Bard they can now use all of them. Is this truly the case or have I missed a rule somewhere?

He said “no” to early testing and free test kits from the WHO. He was briefed weeks ago about this coming threat and sat on his tiny hands and went golfing. He’s got blood on his hands, and the scared markets are in free fall because of his failures. F Donald J. Trump!

My campaign is set on a low-magic setting, meaning magic is not common. Magic users are generally welcome, although at some places they hate magic users.

Most (80%) of my players start off as a magic user, sorcerer, warlock, wizard, ranger, bard, arcane trickster, eldritch knight, etc. despite this premise. I allowed (so many of) them, but reminded them there might (or will) be consequence later for magic users.

Now I’m at the point of revealing that magic taints the world, and thus must be very carefully used, unless they want to permanently worsen the corruption. Because of this, I expect the players to opt not using magic at all, including magic items. The party is at level 4 now, and I expect them to reach 5-6 when this happens.

How to balance combat encounters to be level appropriate, if, in worst case, they won’t/can’t use magic at all?

The party relied on two warlocks to deal AoE damage on previous encounters. If I’m to use several lower CR (CR 1 or 1/2) monsters, I’m worried that they might be overrun by the monsters. On the other hand, if I use one or two monster with more CR appropriate, I fear they are too powerful because of their abilities. I can tone down the HP or attack/damage/abilities, but I’m trying to preserve their original statblock as much as possible, even including resistance/immunity to non-magical piercing/bludgeoning/slashing damage.

More information:
I’m expecting 5-6 people per session from a pool of 10. Only two of them goes pure non-magical path.

Although the question is how to balance combat encounters, I’m also open to solution that does not directly modify how encounter works, such as suggesting to multiclass ahead of time (I’m currently planning this as a last resort, though).

Note: Corruption is a term I use to explain mutation of nature. When first understood, it is framed as a bad thing. It does not, however, kill the land, but it alters nature to something “unworldly”. The simple thing is appearance of giant spider and worm is a mutation from the normal spider and worm.

I am aware of the following related question, which establishes that you can change to a fly speed at least when you teleport yourself into the air, but there are other times where I am unsure what would happen:

If you have more than one speed, such as your walking speed and a flying speed, you can switch back and forth between your speeds during your move […]

So what if you suddenly want to use a different speed; how exactly does this shift from one speed to another work? For example, what happens if a creature, who has a fly speed, but is currently standing on the ground, gets launched into the air? Or, similarly, what happens if the floor falls out from under them? Do they fall or can they begin flying? Does it matter whether or not it is currently their turn?

Is this a circumstance where a creature can change their speed, similar to teleporting yourself, or is this somehow different?

My last posts from the last 3 days disappeared in WordPress and in my website. I can find those posts in PHPMyAdmin. What should I do? 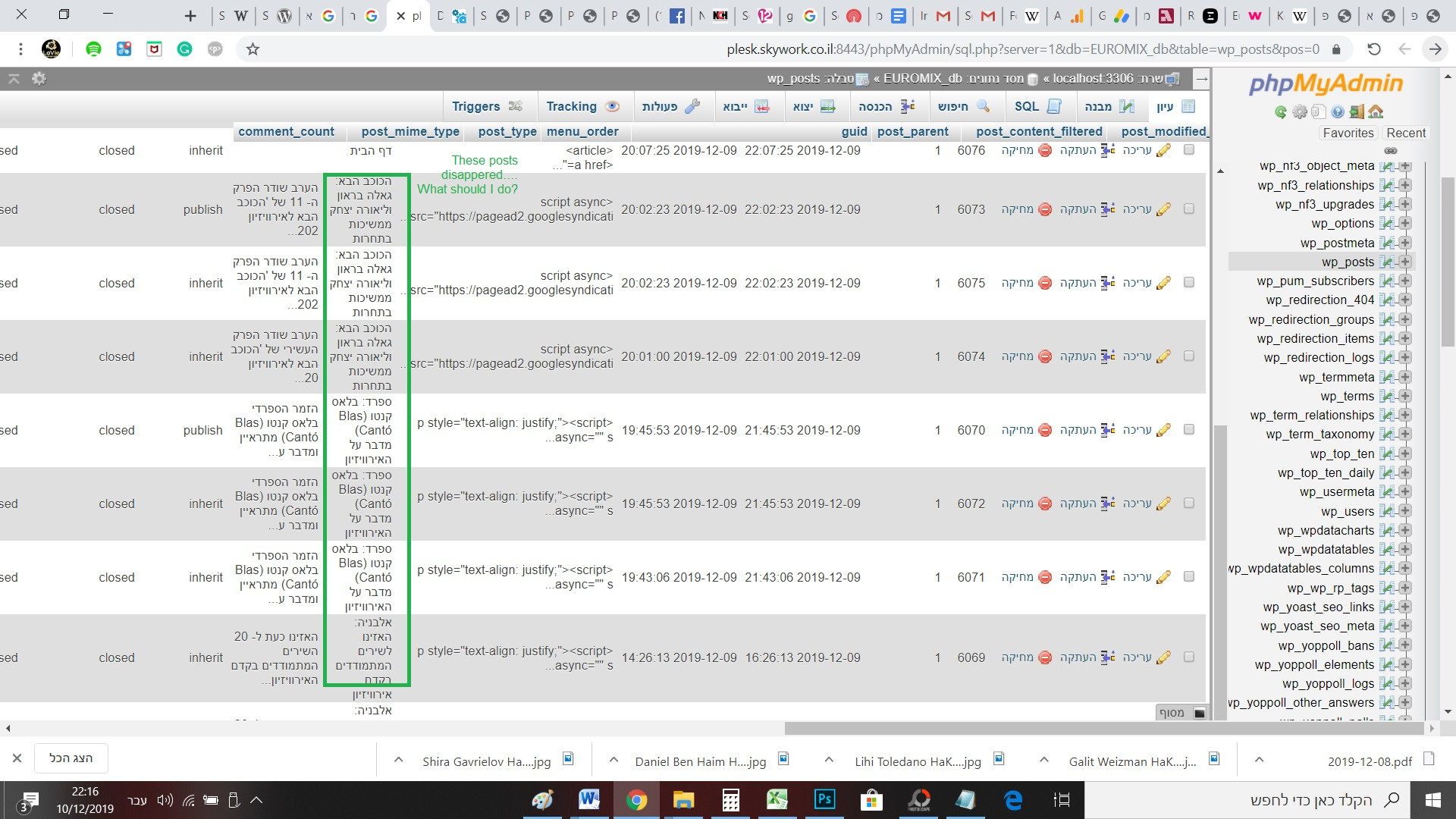 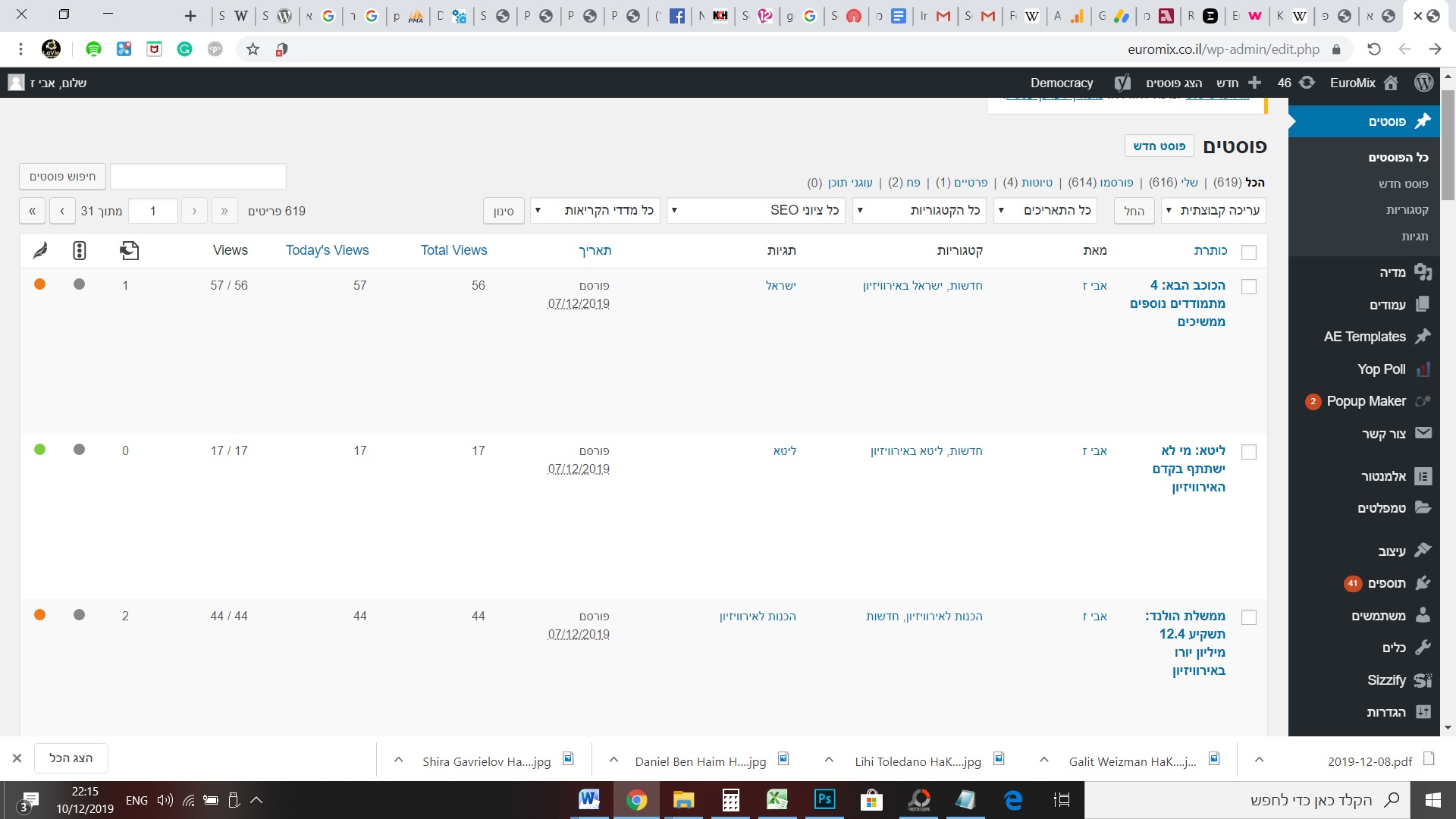 What is the Reason Website is Suddenly Ranking Down?