Spiritual Weapon does not require concentration and only has a duration of a minute. When my cleric was knocked unconscious the on-the-fly decision was to keep the weapon waiting around until the end of the spell and I was able to use it again after getting back on my feet. We were wondering however if there was any overall guidance for summons – should they stay until the end of their duration even if the caster goes unconscious?

I’m DMing a campaign on 5e with a group of four players. We’re all experienced in RPG in general but not specifically on 5e.

Players are Level 4. Wizard, Fighter, Rogue and Druid, Circle of the Moon.

My players have come to the conclusion that, given the mechanics of the game, is much more effective to focus all the fire power on a creature at a time and avoid spreading damage. Their logic is it really doesn’t matter if a creature has 1 or 80 HP left, as longs a it has over 0, he has all capacity to do damage. In effect, creatures are binary, they are either alive and therefore have full capacity to act, or death, in which case they don’t.

Unfortunately I agree with this assessment but I feel it makes the game less fun. Not because I’m looking for super realistic combat but because it limits the combat strategy to “drop them one at a time”.

As such, they tend to not distribute their efforts or engage separately but, instead, swarm into a single enemy, concentrate all the attacks and then move to the next. This feels to me like the more effective tactic but also the least “fun” and role playing way of doing combat.

Is my players interpretation wrong or am I handling the combat in the wrong way? What am I missing?

Regular Shopify subscription costs $ 29 per month. The free trial they offer is only 14 days. I know that’s a big problem for those who want more time to learn and experiment with their shop. You can start your Shopify Trial right now, but it costs $ 29/m and I have a better offer for you: UNLIMITED Shopify trial for your project! Note: do not transfer admin rights to another email, that sometimes causes shop to break! You already have admin rights! F.A.Q. Can I attach a custom domain? Yes!Can I collect payments from visitors? Yes!Are there any limitations? The only limitation is that you won’t be able to install paid apps. You will need to start a normal Shopify subscription if you want to use paid apps. Anyway, there are plenty of free awesome apps. Is it good after 14 days? Yes! forget the 14 days trial. This is an UNLIMITED trial AND you will be able to accept PAYMENTS as well.Is there any limitation on how many sales I can make? Some people report you may be asked to start a regular Shopify Subscription once you reach 50-60 sales. That’s a LOT of sales. Once you are making 50-60 sales, $ 29/month should not be a problem for you!How is it set up? You will get login information in an eBay MessageHow fast will it be set up? Login details to your unlimited Shopify store will be delivered with 24hrs.Can I change the Shopify subdomain? You can’t but the subdomain is not relevant. You can still name your store however you want and purchase a top-level domain anyways (for example .COM)If you need theme installation or app or website design with products in dropshipping, then you should my extra gig

by: affiliating
Created: —
Category: Other
Viewed: 184

I am selling an Invision Power Board License with the Blogs, Gallery and Pages Addon, and support until Jan 2020. Price is firm at $ 200.

I tried to install some updates and after that when I rebooted the laptop it runs some commands and at last shows “Started hold until boot process finishes up. ” Ctrl+alt+f2 opens command line but there is no display whatsoever. I tried recovery mode and deleting some files but that is of no use as I already had enough memory. Please help thanks in advance.

I have the problem that when I open a graphical shell in KDE (XTerm or Konsole, both show the same “problem”) and I type groups, the only group displayed carries my user’s name. I need to first do su user & enter the password before all the user becomes a member of the other groups. On any of tthe consoles, the group membership is correct directly after login.

I have been able to verify (with my docker membership) that it is not only a display option but it actually directly affects group membership, i.e. the user does not act as a member of group docker until I actually re-authenticate as “myself”. Why is this, that doesn’t seem right? In XTerm it might look something like:

I have created an InfoPath form that is tied to a 2013 SharePoint list of names. The idea is you watch the safety video, scroll down to the form, find your name and click “submit”. The name and created field shows in the list and works as a record of who received the safety training, and at what time.

Here is where my question comes in. Is there a way to only allow submission after the video is watched? Ideally I would also like to take away the ability to fast forward as well. My guess is that the answer lies in “custom Actions” in SharePoint designer 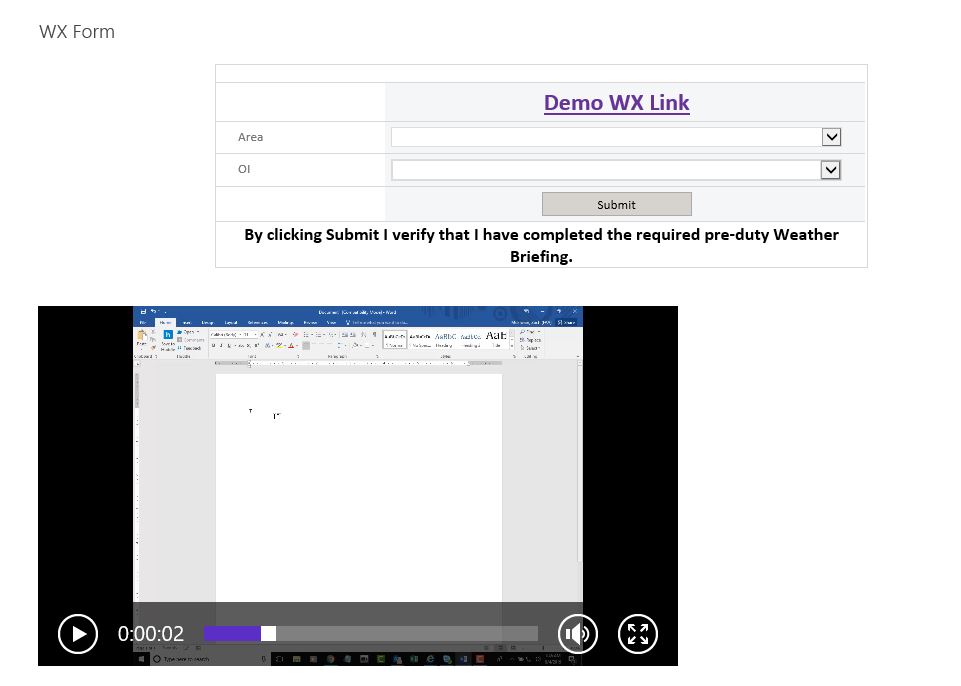 After a dual-boot Windows 10/Ubuntu 18.04 installation, it looked like the PC was booting straight to Ubuntu, without showing the GRUB menu, after a short pause. I had already run Boot Repair under Ubuntu and checked bcdedit under Windows.

It turned out, during boot I had to hit the Esc key when the screen turned Ubuntu-purple, in order to display the GRUB menu and be allowed to choose the OS to boot. Not pressing Esc, after a time-out, the PC would boot to the default (Ubuntu).

I don’t want to have to hit Esc every time during boot: how can I have the boot process show the GRUB menu right away, with no need for me to hit Esc?

After installing ubuntu base 18.04 the interface is disabled and the internet doesn’t work automatically, I have to run dhclient after which the network interface starts working I have tried installing resolvconf

this doesn’t seem to fix the issue either.

after i installed a virtual machine and made sure it isnt working i left my laptop on sleep and when i came back i couldnt open literally noting except for Firefox. I can’t open the terminal, no key combos work, neither does it open trough the menu. I have no access to the file system because it doesnt open aswell. I went in recovery mode, tried updating everything and used purge and still it remained the same way. I deleted the vm and its files in hope of making it work again and tried updating python but it didnt help.