I am aware of this question detailing whether a character can tell what is depicted on a particular patch on a Robe of Useful Items.

It makes complete sense for the user to be able to tell what type of item they are activating otherwise it wouldn’t really deserve the moniker of useful.

What I want to know if there is any rules one way or another explaining whether the character would know the exact properties of the item the patch will create. For example when picking the random patches rolling a 31-44 determines a patch of a Wooden Ladder (24 feet long). Unless this patch has the words 24ft (or similar) written on it would the character know this was any different to the 10ft ladder available in the PHB list of items?

I have considered asking for an Arcana check to determine how much of the item’s nature the character wearing is able to establish but I also don’t want to be handicapping the player if there are rules that detail this scenario.

I’m playing a mid-level artificer (artillerist) who’s a disgruntled veteran with a missing limb who, disillusioned by the leaders’ willingness to send soldiers to their deaths, has retired from the army and opened a shop. An adventure hook has people steal his work-in-progress masterpiece and now I need to find a fitting item he was trying to create.
Because of this background, the item he would be most interested in would be something that helps ordinary soldiers without magic powers survive the horrors of the battlefield. It might be something that protects a group of people from hostile spells or something that provides healing to them, similar to the artificer’s Protector cannon.

I’ve gone through the "warding" and "healing" categories of magic items on D&D Beyond and found very little. There are almost no items that work on groups and those that do tend to be musical instruments or magic staves that need the user to be a spellcaster.
In general it seems that antimagic items aren’t really a thing in 5e. An item that can cast Antimagic Field on he regular would probably be in the legendary category and a Ring of spell Storing would again require a (powerful) spellcaster to be useful.
An ideal solution would be something like a banner of protection or an Eldritch Cannon: Protector that doesn’t need an artificer to be present. I’ve also considered something like a Ring of Regeneration, but that’s again a one-person item.

I was considering making the boon a raw bonus of +3 to the subsequent roll if it’s a boon or -3 if it is a penalty. But it was brought to my attention that giving advantage/disadvantage could potentially be more balanced. So here’s my question, what would be better mechanically for the player?

Suppose a packet is encrypted and sent via an insecure channel so that it is intercepted by a malicious third party as well as the intended recipient. As long as a suitable encryption scheme is used, the message should be (practically) uncrackable.

However, assuming that encryption preserves message length to a certain degree, the third party will gain some info about the size of the message. Is there any context in which knowing only a message’s length could be useful to a hacker? If so, what are some examples?

When arranging a pen test it’s common practice to ask the client a set of questions, and use the answers either as the basis for further discussions, or to directly provide a test plan and quotation.

For a mobile app specifically, what questions are helpful to include? For example:

If you have any other ideas, please let me know!

A few things to get out of the way first: I’m not asking what properties the function must have such that a global optimum exists, we assume that the objective function has a (possibly non-unique) global optimum which could be theoretically found by an exhaustive search of the candidate space. I’m also using "theoretically useful" in a slightly misleading way because I really couldn’t understand how to phrase this question otherwise. A "theoretically useful cost function" the way I’m defining it is:

A few simplified, 1-dimensional examples of where this thought process came from: 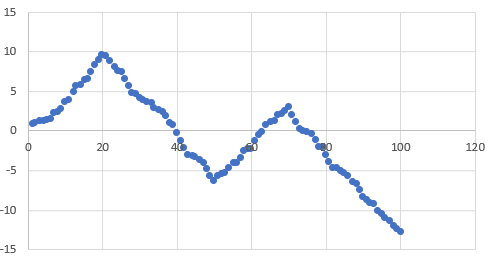 Here’s a function which, while not being convex or differentiable (as it’s discrete), is easily optimisable (in terms of finding the global maximum) with an algorithm such as Simulated Annealing. 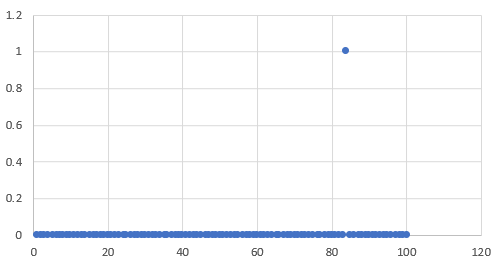 Here is a function which clearly cannot be a useful cost function, as this would imply that the arbitrary search problem can be classically solved faster than exhaustive search. 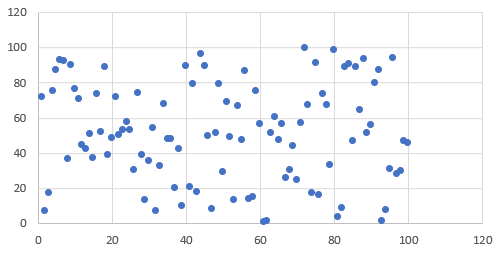 Here is a function which I do not believe can be a useful cost function, as moving between points gives no meaningful information about the direction which must be moved in to find the global maximum.

The crux of my thinking so far is along the lines of "applying the cost function to points in the neighbourhood of a point must yield some information about the location of the global optimum". I attempted to formalise (in a perhaps convoluted manner) this as:

Consider the set $ D$ representing the search space of the problem and thus the domain of the function and the undirected graph $ G$ , where each element of $ D$ is assigned a node in $ G$ , and each node in $ G$ has edges which connect it to its neighbours in $ D$ . We then remove elements from $ D$ until the objective function has no non-global local optima over this domain and no plateaus exist (i.e. the value of the cost function at each point in the domain is different from the value of the cost function at each of its neighbours). Every time we remove an element $ e$ from $ D$ , we remove the corresponding node from the graph $ G$ and add edges which directly connect each neighbour of $ e$ to each other, thus they become each others’ new neighbours. The number of elements which remain in the domain after this process is applied is designated $ N$ . If $ N$ is a non-negligible proportion of $ \#(D)$ (i.e. significantly greater than the proportion of $ \#(\{$ possible global optima$ \})$ to $ \#(D)$ ) then the function is a useful objective function.

Whilst this works well for the function which definitely is useful and the definitely not useful boolean function, this process applied to the random function seems incorrect, as the number of elements that would lead to a function with no local optima IS a non-negligible proportion of the total domain.

Is my definition on the right track? Is this a well known question I just can’t figure out how to find the answer to? Does there exist some optimisation algorithm that would theoretically be able to find the optimum of a completely random function faster than exhaustive search, or is my assertion that it wouldn’t be able to correct?

In conclusion, what is different about the first function that makes it a good candidate for optimisation to any other functions which are not.

I have heard many times that Group Theory is highly important in Computer Science, but does it have any use other than cryptography? I tend to believe that it does have many other usages, but cannot find out where and how to apply Group Theory to other areas in CS, such as algorithms, data structres, graphs, complexity and so forth.

The 5e Wish spell does, literally, whatever you wish, but for a price. The Basic Use version may be useful for instant spell research without the usual time / gold costs. Logically, one could use this Basic Wish to learn all the wizard spells lvl. 8 and lower. But what are the limits? To quote:

The basic use of this spell is to duplicate any other spell of 8th level or lower. You don’t need to meet any requirements in that spell, including costly Components. The spell simply takes effect.

Here are some possibilities:

Off the cuff, the first one seems reasonable. The second version seems to be pushing boundaries a little (not sure why). The last one, drafting out Brand New Spells every day, seems totally implausible for a mere Basic Wish (perhaps a FULL wish could do this?) – yet i have no known RAW defence on this. It just seems like a bad idea to let a CR 11 ‘arch-mage’ pump out 300+ spells (of any class / up to 8th lvl) in any given year, risk free. But… why not?

I’m wondering if using Javascript closures is a useful technique to limit exposing data to XSS? I realize it wouldn’t prevent an attack, but would it reliably make an attack more difficult to execute, or would it only make my code more irritating to write and read (a waste of time)?

I got the idea from the Auth0 documentation regarding storing OAuth/OIDC tokens. It reads:

Auth0 recommends storing tokens in browser memory as the most secure option. Using Web Workers to handle the transmission and storage of tokens is the best way to protect the tokens, as Web Workers run in a separate global scope than the rest of the application. Use Auth0 SPA SDK whose default storage option is in-memory storage leveraging Web Workers.

If you cannot use Web Workers, Auth0 recommends as an alternative that you use JavaScript closures to emulate private methods.

I can see how this is better than just putting the token or other sensitive information in localstorage. In localstorage an XSS attack needs only to execute localStorage.token to get the token.

Now, if you’re not familiar with tokens just apply this reasoning to any sensitive to information. In my case I want to build a client-side cache mapping user IDs to usernames for an administrative interface, but I realize that client IDs and usernames are somewhat sensitive, so I wondered if I could "hide" the data.

I recently playtested a Beast Master ranger from level 1 to level 20 (I was playtesting a new homebrew archetype, which was my primary reason for doing so; the Beast Master ranger was just one of the other party members), but there were a few things I noticed regarding the relative power of the beast companion itself. For reference, the beast I went with was a wolf, which is probably a fairly standard choice.

Now, I know that Beast Master rangers are infamously weak, but I still wanted to see if I could try to improve what I felt were some of its weakest points during my playtesting. I was already using the popular houserule of letting the ranger tell the beast to attack using a bonus action instead of an action, but the other things that bothered me were:

I will point out that at higher levels, the AC was fairly decent (for a wolf), and the HP wasn’t as bad as it was at earlier levels, and I was impressed with the damage output thanks to attack rolls and damage scaling with the ranger’s proficiency bonus. Its Stealth and Perception skill bonuses were also impressive. These things I don’t feel the need to change.

Here are the changes I propose, somewhat inspired by the UA Sidekick rules:

Do the above changes seem reasonable, and do you foresee any balance issues coming from my proposed changes? My intention is for the Beast Master’s beast in particular to become more useful and survivable, without increasing its damage output (since I was happy with that), but not making it more powerful than I intended by overlooking something. I suppose also double checking whether there’s a problem with making some animals tougher than others based on their CON; does this unfairly favour tougher animals to the point where that’s a balance issue in and of itself?