I am creating a view where i have daily data of different items and each item has a state. I created a column that shows what the column was yesterday using

Now I want to count how long the state has been the same value and im doing so with this:

This is working properly but I need to find a way to set the value back to 0 when state != yesterday_state

This all is happening inside of SELECT statement as I’m creating a view. How could I go around doing this so that the state_age sets to 0 when state is not the same value as yesterday_state

If I for example filter my custom post type by date and it only shows 2 records on screen, I only want to export those 2 records, but it is exporting a bunch of records out of my control ie: the wrong records.

How can I modify this to only export what is showing up on screen ie: the 2 records in this case?

As we know, while capturing the traffic using wireshark. Wireshark starts the syn/ack values from 1 and keeps the values go up on its own.

Basically I wanted to know if there is a way in wireshark to view the packet actual syn and ack numbers. 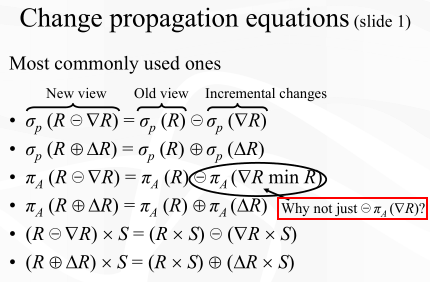 Or in the paper “Incremental Maintenance of Views with Duplicates,” by Griffin and Libkin, SIGMOD, 1995. figure 2. 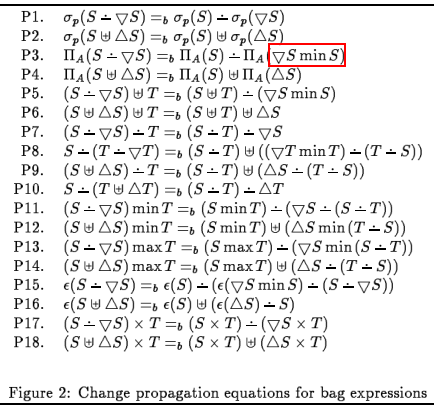 I don’t understand why we need to min(R,ΔR) before -. Is there any counterexample?

Here is my situation. Was sent to me a RDS Oracle 11g to manager. This resource was create through a terraform script and the “sysadmin” credentials delivered to me

By the way I’m a noob in Oracle world I have experience with sql server and postgres. I Belive this a silly question but no to me, I appreciate any help

Say I have this view with two subviews A and B, A and B has a color property mColor, 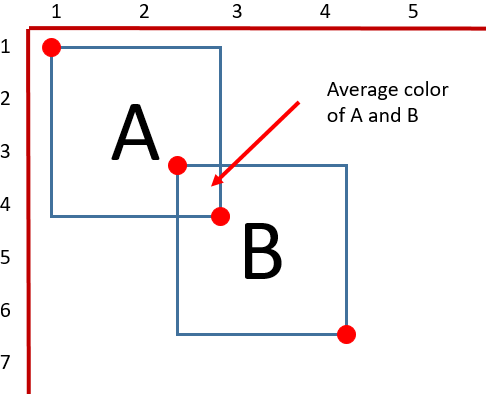 The problem I am running into is i see myself doing a lot of conditional checks, checking if A is left of B or if A is right of B etc. I feel like I am missing some key intuition

I have a Point class that handles the coordinates”

Here is my subview class:

In an answer to my question: Status of Tieflings with the worldwound defenders? Kenabres was used as an example for how tieflings were viewed.

While creating chars for a worldwound campaign one of my players and I came into a discussion about this. With how much Kenabres itself was mentioned there he thinks that Kenabres is absolutely extreme there while I’m thinking that it is more a typical city there with its views about anything Tiefling and Demonic.

Now my question is: Is Kenabres an extreme example for the view on Tieflings and demons at the worldwound?

I posted a question yesterday about PDF files in a browser that can be found here. There you can find more information about dealing with PDF documents in browser.

My question here is how each browser handles PDF files by default.

PDF files can cause security concerns because the have the capability to contain executable code.

Do the following browsers also open PDFs in a sandbox (2020)?

Now these sandboxes sound pretty great if they can mitigate any security concerns with PDF files. My next series of questions regard the sandbox environments.

Is there any way a user might disable the protections a sandbox provides?

Are there still concerns when opening a PDF in a sandbox?

Are there easy ways to verify a user is opening a PDF in the correct browser or with the correct settings before opening?

I use woocommmerce and i have two template view for products (content-product.php) and (contentcarousel-product.php) . in (archive-product.php) per defaut display first template like this

I created two button like this with onclick event with javascript

How i can do this with javascript and php

What am I trying to achieve: A two (vanishing) point perspective like this one http://insidetheoutline.com/wp-content/uploads/2019/07/2_Point_Perspective_Cityscape.jpg

Why am I at it: I’m really bad at 3D (obviously) therefore I’m trying to replace character models with 2D sprites like in Populous 3, or “The Game” quest in Fable 3. I also want to have a top-downish view like in isometric games. Alas, perspective distortion totally kills the effect, making sprites look skewed whenever they are off-center.

What am I doing right now:

What else I managed to google: Not much, really. I found an example that kinda looks like something I want to achieve, but they place the camera at ground level with zero Z delta, effectively eliminating the third vanishing point. In some other example, they just narrowed FOV to some absurdly low value, making it look like a two-point perspective to some extent.

I’m afraid I’m missing or misunderstanding something. I also not sure if the desired output will, in fact, look like I want, and I won’t discard it if it’s not.